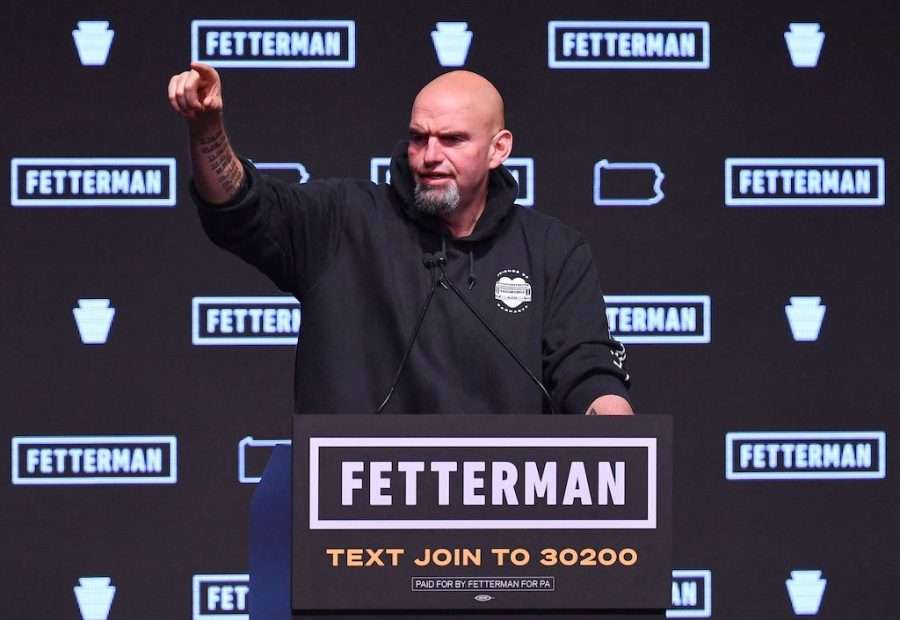 It turns out when you promise to do even the bare minimum for people, they tend to vote for you. The more Democrats act like John Fetterman and the less they act like Larry Summers, the more they’ll win in the Rust Belt.

Michigan representative Elissa Slotkin was supposed to be one of the House’s most embattled incumbents. A Democrat representing a district that Joe Biden narrowly won, Republicans flooded her district with millions, making it the most expensive house race in the country, thinking Slotkin would be low-hanging fruit in their expected red wave. Instead, when election day came, Slotkin won, and she won fairly easily — besting her opponent by a comfortable five points.

It wasn’t just Slotkin, though: across the industrial Midwest, Democrats turned in some of their most impressive performances, swamping Republicans, flipping legislatures, and knocking out supposedly safe Republican incumbents. John Fetterman and Josh Shapiro romped in Pennsylvania, while Democrat Marcy Kaptur held on and Republican Steve Chabot was bounced in Ohio. Michigan Democrats won a governing trifecta, and Pennsylvania Democrats believe they won the state House for the first time in more than a decade. Democratic governors in Minnesota and Wisconsin sailed to reelection.

Some of their success is no doubt attributable to backlash against the GOP for overturning Roe v. Wade and the slate of election-denying wackos Republicans put up across the country. But no theory of the midterms can really hold up without accounting for why Dems were so unusually strong in the Midwest — in states with large blue-collar populations that seemed at risk of drifting away in the Donald Trump era.

The answer to this puzzle actually seems kind of obvious: after decades of corporatists in both major parties kicking these voters in the face, the Biden administration actually did a few decent things for the region. And it turns out, when you do decent things for people, they tend to vote for you.

President Joe Biden’s economic policy has been a genuine break from the market fundamentalism of the Bill Clinton and Barack Obama White Houses. Instead of pushing terrible new trade deals that ship jobs overseas, the Biden administration has challenged China with an export ban on semiconductors and signed executive orders to encourage American manufacturing. In fact, companies are on track to re-shore 350,000 jobs this year alone. This is a huge reversal of what happened under the Trump administration when offshoring actually increased to the tune of hundreds of thousands of jobs.

What’s more, instead of tax cuts for the rich à la Bill Clinton or bailouts for Wall Street like Obama, Biden hiked taxes on corporations with a 15 percent minimum tax rate passed through the Inflation Reduction Act. This is, of course, a giant break from the tax-cuts-for-the-rich giveaway, which was the main accomplishment of Trump.

Biden’s union policy also deserves credit. Rather than abandon unions or actively union-bust like plenty of Clinton-era Democrats and every Republican, Biden appointed a genuinely pro-worker National Labor Relations Board (NLRB) and a fantastic general counsel who has set about trying to reinterpret the horrible labor law that has let so many workers down over decades. The recent organizing wave at Starbucks, REI, Amazon, Apple, and more could have been stopped dead in its tracks without this pro-worker NLRB.

Biden’s infrastructure package and his Inflation Reduction Act both contain significant investments in the region and are especially vital for automakers trying to compete in the new electric car era. Like the entire nation, the industrial Midwest will also benefit from the new antitrust direction of the Biden administration led by Federal Trade Commission chair Lina Khan.

I don’t want to oversell Biden’s populist wins. He’s still no Franklin Roosevelt and his policies fall far short of what’s actually required to revitalize the industrial Midwest and deliver for the working class. The CHIPS Act, which was heralded as the beginning of a new era of industrial policy, may just end up being a corporate giveaway, because it contained no labor standards or job-creation requirements. Having a strong NLRB is great, but workers are still severely hampered by labor laws rigged to benefit corporations. The Inflation Reduction Act was better than nothing, but came nowhere close to the transformational change of Democrats’ original Build Back Better proposal. In fact, what’s astonishing is the size of the political response to the Biden administration accomplishing the bare minimum.

Tim Ryan and John Fetterman both outperformed Biden in rural counties almost across the board. Shows you having a working class econ message can help Dems eat into gop margins in rural America. pic.twitter.com/o89DWPqgdg

The two Democratic Senate candidates who arguably embraced populist economic messaging the most were Fetterman in Pennsylvania and Tim Ryan in Ohio. Fetterman was the furthest left of any of the competitive Senate candidates, and not only did he win a tough state by a large margin after suffering a stroke, but he also shifted nearly every rural county in the state back toward the Democrats.

Ryan came up short in his race against J. D. Vance in a state that Democrats have effectively abandoned as unwinnable. But he, too, outperformed Biden’s 2020 performance in nearly every rural county in the state. What’s more, he did so against a fake populist in Vance who tried to translate culture war grievances into a working-class coalition but lost ground to Democrats basically everywhere.

In fact, that’s the other factor that may have helped Democrats reclaim ground in the industrial Midwest. While the Biden administration has embraced some decent policies, Republicans who postured as pro-working class under Trump have been exposed as total plutocrat-humping frauds.

At a time when union support has never been higher, and workers screwed over during the COVID-19 pandemic were reclaiming their rights to strike, bargain, and organize, the Republican Party sat silent at best and smeared those courageous workers at worst. They sat out or tried to undermine a wave of worker militancy that any real friend of the working class would cheer.

Right-wing populist Sohrab Ahmari recently wrote a scathing indictment of this fakery for the New York Times, excoriating these fraudsters for trying to co-opt populist language while pushing the same old program of cuts to Social Security and Medicare.

He wrote: “Fake G.O.P. populism challenged ‘woke capital’ — companies that it believed had become overly politically correct — but didn’t dare touch the power of corporate America to coerce workers and consumers, or the power of private equity and hedge funds to hollow out the real economy, which employs workers for useful products and services — or used to, anyway. The Republican Party remained as hostile as ever to collective bargaining as a new wave of labor militancy swept the private economy.”

The Republicans went full mask off on their plutocratic contempt for workers, and in comparison, the Biden administration’s small positive steps looked phenomenal. I think this is one of the things I really got wrong coming into Election Day. I underestimated just how low the bar had been set for people after years and years of disastrous anti-worker politics.

As American workers in the Midwest were stranded in the desert dying of thirst, the Biden administration offered them a thimble of water. It was enough for some real electoral gains. And just think, if this is the electoral result that you get from the thimble of water, imagine what would happen with a truly transformational policy that really challenged corporate power and met the needs of the American people.

Instead of treating it like a miracle that Democrats (probably) held the Senate while treating the (probable) loss of the House as a foregone conclusion, Democrats could secure durable governing majorities of the type that Roosevelt enjoyed during the New Deal era. It’s all within reach.

The only price is actually serving the needs of the 99 percent over the 1 percent. Because while a sip of water may have been enough to hang on this time, the future of the nation, the planet, and our democracy depends on the American working class being fully revived and cut in on the prosperity of the country.

Democrats will rebuild their blue wall in the Midwest, and far more, if they tell Larry Summers and the deficit hawks to piss off, and go all in on populist economics.