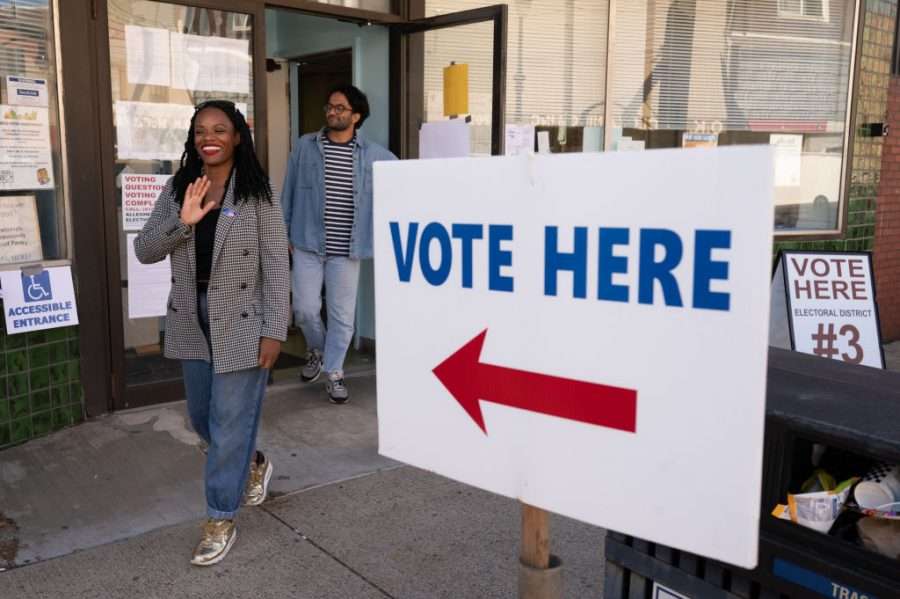 In this week’s midterms, Medicaid expansion and abortion rights proved popular, even in red states. It shows how popular left-wing views on health care can be and why socialists should keep talking about them.

Tuesday’s midterm elections weren’t nearly as awful as many people, including myself, feared they would be. Alongside other encouraging results for the Left, health care, including abortion rights, was a big winner.

South Dakota’s voters, chose by a large majority, to expand their state’s Medicaid coverage and add language to the state constitution barring additional restrictions on eligibility or enrollment. The state is controlled by Republicans and the awful governor, Kristi Noem, opposes the measure. Still, it drew support from 56 percent of the voters. Greater access to health care is needed everywhere in the United States, since unlike many rich countries, we don’t have socialized medicine. But it’s a matter of special urgency in a state like South Dakota, where incomes are lower than the national average and mothers are even more likely than other Americans to die while giving birth.

Before Tuesday, parents with almost any work income (more than $1,000 for a family of four) were ineligible for Medicaid in South Dakota, which is home to the US county with the shortest life expectancy: 66.8 years in Oglala Lakota County, which is the Pine Ridge Indian Reservation (that’s almost twelve years below the average American life expectancy of 78.6). South Dakota also has fourteen other counties whose life expectancy is below the current US average. The measure will likely add about forty thousand people to the state’s Medicaid program. South Dakota is the seventh state to expand Medicaid by popular vote in recent years, as majorities find ways to work around conservative governors and legislators ideologically opposed to ever making poor and working-class people’s lives any better (the previous states to do so were Maine, Utah, Nebraska, Idaho, Missouri, and Oklahoma).

Voters’ enthusiasm for health care justice went beyond Mount Rushmore’s home state. Arizona voted to curb interest on medical debt and limit the garnishing of debtors’ wages. Many Medicare for All supporters were reelected to Congress — including all the members of the Squad — but single-payer’s bench also gained some new talent, with the election of Summer Lee in Pennsylvania, Greg Casar in Texas, and Maxwell Frost in Florida. (Not surprisingly, the victories of these left-leaning candidates are also historic in various ways: Lee, a state senator, will be the first black woman to represent Pennsylvania in Congress; Frost, a voting rights activist and Bernie Sanders supporter who worked in 2019 to pressure Joe Biden to drop his support for the Hyde Amendment, will be the first member of Generation Z to serve in that body; and Casar, a former city councillor, will be the first Latino to represent Austin in Congress.)

Even in the wretched Senate races there was a bright spot: John Fetterman, a Bernie Sanders supporter who has backed Medicare for All at times (though he’s also said he will support all efforts to expand health care access and that “it doesn’t matter what you call it”) won his much-watched Pennsylvania Senate race against Donald Trump–loving celebrity health quack Mehmet Oz. Fetterman outperformed Biden in most blue counties.

Reproductive health care also won big. In the wake of the Supreme Court’s awful decision this summer overturning Roe v. Wade, abortion became an even more salient issue than usual nationwide. In exit polls, voters listed abortion rights as the second most urgent issue after “inflation/economy.” This was one of the main reasons many Democratic politicians — like Governor Kathy Hochul in New York, who just squeaked by, and Michigan governor Gretchen Whitmer, who won much more comfortably — ended up keeping their seats despite conservative enthusiasm (and, in New York State, a much more intense yard sign game).

In states where voters had the opportunity to protect reproductive freedom, they chose to do so. Kentucky voters strongly rejected a ballot measure that would have added a provision to the state constitution specifically excluding the right to abortion. (Here as in many other places, leftist organizing played a role in achieving a goal shared by many centrists; Democratic Socialists of America (DSA) members in Kentucky, for example, worked hard on this one.) Michigan, Vermont, and California went much further, enshrining the right to reproductive freedom in their state constitutions, a move that would make it much more difficult for a far-right government to take it away. In the case of Michigan, a swing state that went for Trump in 2016 and Biden in 2020, this year’s pro-choice flex even slightly outperformed the Democratic governor (who was reelected).