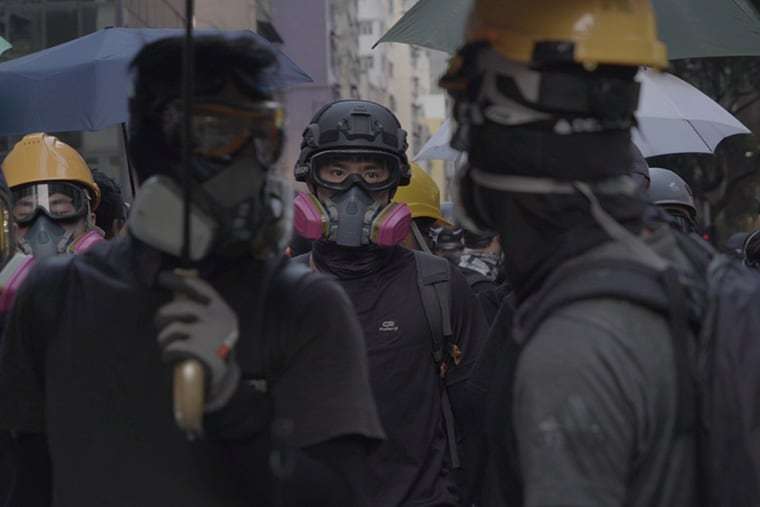 Hong Kong: City on Fire shows how protesters learned how to fight back

Hong Kong: City on Fire is a frontline view of the 2019 pro-democracy movement. In the wake of the Chinese state’s extradition law—which sought to hand the state more repressive powers—the documentary focuses on four young activists.

We see how each person fights for freedom against a violent police force and a surveillance state. It’s refreshing to see a personal view of life in Hong Kong, and how living under the thumb of Chinese imperialism has fuelled resistance.

Through the turbulent and often upsetting times, the documentary offers a clear, yet thrilling perspective. It can also be viewed as a beginner’s guide to mass civil disobedience.

From the get-go we see how peaceful resistance is met with brute force from cops and thugs. Some people received life-changing injuries, others were sexually assaulted. But the demonstrators didn’t give up.

And we see how their demands and tactics grew. The call of the movement was, “Five demands, not one less”. Those demands were an end to the extradition bill, to stop calling the protests riots, amnesty for all those arrested, an independent inquiry into police violence, and full democracy.

The documentary is refreshing. It shows that despite the power of the state, deeply repressive laws, surveillance and more, mass movements can fight back.

It also shows that liberation won’t be handed to people from western imperialists in the US or Britain—as some protesters believed, but from below.

Hong Kong: City On Fire is in Odeon cinemas on Tuesday 22 November for one night only