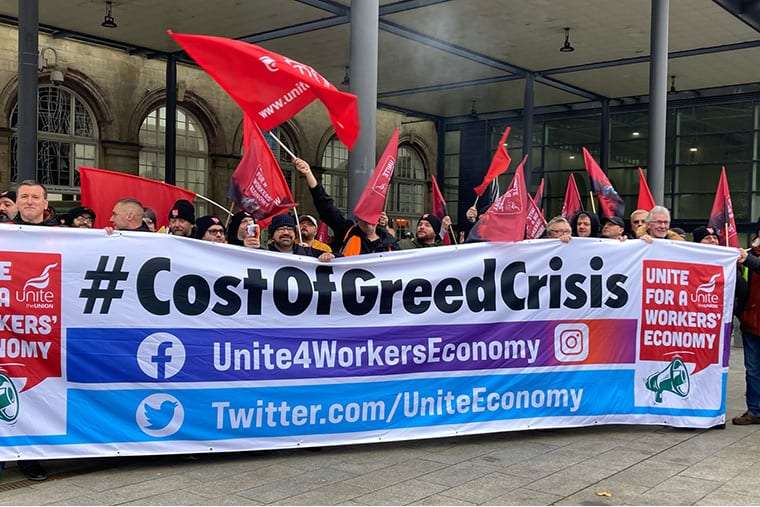 Over 250 bus workers working for  Stagecoach in Hull have won a large pay rise after striking continuously for five weeks.

The workers—who were previously paid £11.12 an hour—will now return to work with a £12.50 an hour deal. It’s a 12.2 percent pay rise backdated to May. Come December the ­workers will get paid £13 an hour, rising to £13.50 in December next year. That would be a 21.4 percent increase. Mass picket lines, marches and rallies were key to winning.

But in Sunderland the GMB union has suspended the 200-strong Stagecoach bus drivers’ dispute. It has done this to allow a vote on what the union claims is a new and improved pay offer.  One worker wrote on Facebook, “It’s not a new offer, it’s an old offer that’ll be voted on. It’s just another ploy to get us to cancel strikes—it will be rejected again.”

The workers initially rejected a 4 percent pay offer with a further 2 percent later down the line.

The difference between the Sunderland and Hull Stagecoach battle is that in Hull workers launched an all-out bus strike for five weeks whereas in Sunderland the action has been limited.

Tyne and Wear Metro workers walked out on Monday, planning to stay out for two weeks and 150 Go North East drivers are ­balloting for strikes over pay.  It offers the Stagecoach workers an opportunity to bring Sunderland to a standstill.

The Go North East bus engineers in Unite work from depots in Dunston, Sunderland, Consett, North Shields, Washington, Hexham and Gateshead.  They rejected a 10 percent pay offer from the company. They want at least 12.3 percent, which was the rate of RPI inflation when the negotiations began. The ballot closes on 29 November.

Over 950 drivers employed by Abellio in South and West London plan a bus strike for ten days over pay.

They will walk out on Tuesday, Friday and Saturday of next week, followed by ­further strikes on 1, 2, 3, 9, 10, 16 and 17 December. Services operate from garages in Battersea, Beddington, Hayes, Southall, Twickenham and Walworth.

Bus workers in Somerset and Cornwall were set to strike on Friday this week over pay. The First South West workers in the RMT union are angry that many of them are only paid just over £11 an hour and that bosses only offered a small uprate to £12 an hour.