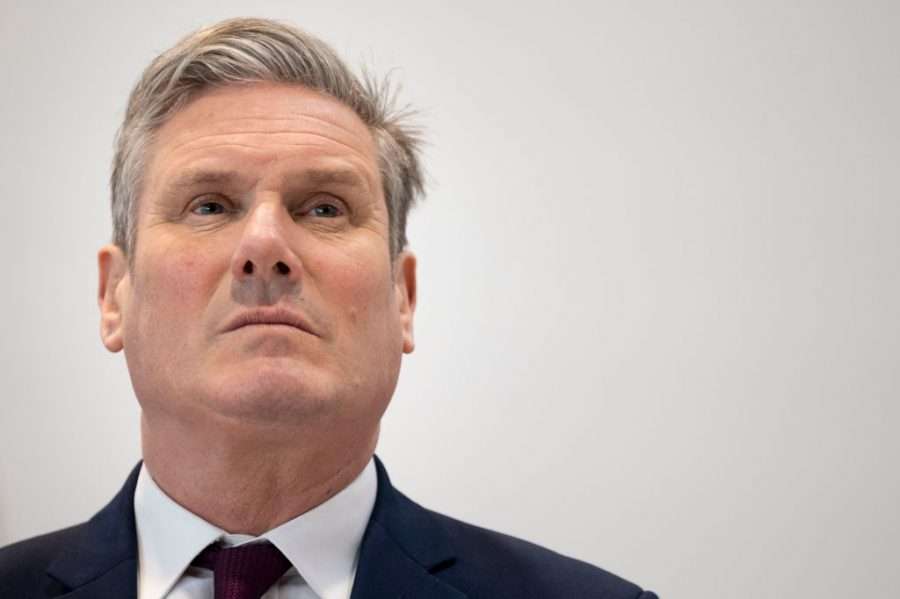 By fixing selections to keep socialists out of parliament, Keir Starmer is ensuring the next Labour government offers the least policy change possible from a decade of Tory rule.

Despite promising to unite the Party, Starmer’s leadership has been characterised by attacks on the Left. (Photo by Matthew Horwood/Getty Images)

If it wasn’t obvious by now, the past few weeks have made it clear: Keir Starmer doesn’t like democracy. No wonder. The driving force of the Corbyn project was a will to democratise: the Party, the economy, our political system.

Unacceptable as this was to ruling class interests, they had to smear the Left. As a result, during the Corbyn years, the Labour Left and organisations like Momentum were routinely accused in the media of being ‘Stalinist’ whenever any attempt was made to democratise the Party and give members and trade unions a real say.

Yet for all these accusations, not a single MP was deselected under Jeremy Corbyn. In comparison, the purge Starmer is now overseeing is unprecedented, while garnering no such prominent press coverage. Despite promising to unite the Party and ‘end factionalism’, Starmer’s leadership has been characterised by relentless attacks on the Left, from mass suspensions and proscriptions to the removal of the whip from Jeremy Corbyn. The latest front is Parliamentary selections.

Following Sam Tarry’s deselection, inspirational socialist MPs like Ian Byrne (last year’s MP of the year) and Apsana Begum face reselection battles. Yet both have outlined serious complaints of irregularities, with the central Labour machine implicated. No action has been taken in response.

Meanwhile, with Labour set to welcome dozens of new MPs to its benches after the next election, the Party bureaucracy has embarked on a concerted operation to purge left-wingers from selection races. Popular local candidates are being bureaucratically blocked by right-wing NEC (National Executive Committee) members working hand-in-glove with fixers in Starmer’s top team. Their aim is to stop anyone to the left-of-centre getting onto the shortlists put in front of members for the vote on who will be Labour’s Parliamentary candidate for that constituency.

Their modus operandi is simple, and it involves breaking Labour’s own rule, agreed by Starmer’s NEC, that trade union-backed candidates would be automatically long-listed. Yet every left-winger blocked has enjoyed trade union backing, often from Unite and the CWU. In the case of Lauren Townsend, who stood for Milton Keynes North, she was backed by six affiliated unions including Unite and Unison. Consequently, Starmer’s fixers have had to come up with a workaround: ‘due diligence’.

A ‘dossier’ is compiled of ‘concerning evidence’ that has supposedly ‘come to light in the course of routine ‘due diligence’ checks on social media. There are some truly laughable examples of what this evidence consists of, such as liking a tweet by Caroline Lucas, or one from Nicola Sturgeon about testing negative for Covid. Equally, there are some disturbing examples of ‘evidence’ used as grounds for blocking, including simply having mentioned Palestinian refugees—a blatant act of anti-Palestinian racism—and liking a tweet calling on Labour to be bolder in its economic policy, as well as one candidate being cited for a general ‘history of protest’. It’s a democratic scandal.

The Labour Leadership’s half-hearted claim that this is about ‘quality control’ is easily debunked. For example, the Leadership’s preferred candidate for Milton Keynes North did the exact same thing as Lauren Townsend, yet proceeded to the shortlist without issue. In Barking, Labour Right NEC members first ignored, then swept under the carpet evidence of Blue Labour figure Darren Rodwell engaging in what has been termed racist jokes. He was subsequently selected, with leading Black British media outlet The Voice sounding the alarm on a ‘crisis of anti-black racism’ within the Party.

More to the point, the Leadership have been clear about what they’re up to, briefing the press that they are pursuing what they call the ‘heir and the spare’ strategy, whereby Left-wingers are blocked, a Starmer-backed candidate goes through, and their only competition is someone else the Leadership also favours. In some cases, none of the candidates on the shortlist are local. And where they don’t get the shortlist they want, they simply dissolve the local selection committee, as in Kensington & Camberwell Peckham this week.

In the process of doing this, the Leadership has angered Labour’s affiliated trade unions. Earlier this year, after multiple blockings, TULO agreed with the NEC a clarification that ‘due diligence’ could only be used for things such as serious financial wrongdoing. But this agreement has been ignored time and again. Candidates backed by unions across the board—from USDAW to Unite, UNISON to the CWU—have been blocked on spurious grounds. For now, Starmer’s rampant reshaping of the future Parliamentary Labour Party continues apace.

It is perhaps unsurprising that there has so far been limited wider outrage expressed at this big fix, considering how little attention the mainstream media have paid to Starmer’s purge of the Left, including the hundreds of spurious expulsions. But it is not only left-wingers being blocked. From Bella Sankey in Hastings to Jack Hemingway in Wakefield, even soft left figures are being denied a chance to make their case in front of members. And there are more damaging effects still. As Michael Crick reports, very few candidates so far selected are working-class; instead, they are mostly from the professional political classes, with many also working in the third sector.

All of this is familiar to anyone that remembers the New Labour years. The goal now is what it was then: to dramatically narrow what’s politically acceptable in Labour to tepid centrism and to stuff Parliament with a new generation of nodding dogs, loyal only to their career progression and the people that put them there—not local members, but a London-based elite at the top of the Party. It’s exactly what Blair did, and why so many people across the country have no trust in politicians now.

With Labour set to form the next Government thanks to the Tories’ collapse, it seems unlikely they will push for the necessary transformative change the multiple crises facing us demand, from climate to the cost of living. A Labour Government and Parliamentary Party that does not do this will quickly get swallowed up and spat out.

For us at Momentum, times are undoubtedly challenging. Despite some positive policy commitments on the likes of rail nationalisation, the Labour Party isn’t heading in the direction needed.

The space for big victories for the Labour Left is clearly limited right now, but there are still rays of hope for a socialist future – from the reselection of left-wing star MP Zarah Sultana, to victories for our Socialist Future slates in the Young Labour and National Labour Students elections, to the transformative change socialists are making local government in places like Worthing, Wadsworth and Preston. There is much to build on.

Equally, just a handful more socialists in Westminster matters, not just to the communities that deserve proper representation but to our broader political project of building a strong Labour Left that can one day lead Labour and the country to a brighter future. As the selections scandal grows, while Starmer refuses to back striking nurses, posties and rail workers, a broad alliance across Labour to stand up for a democratic, pro-worker Party is possible. This is the fight ahead of us.