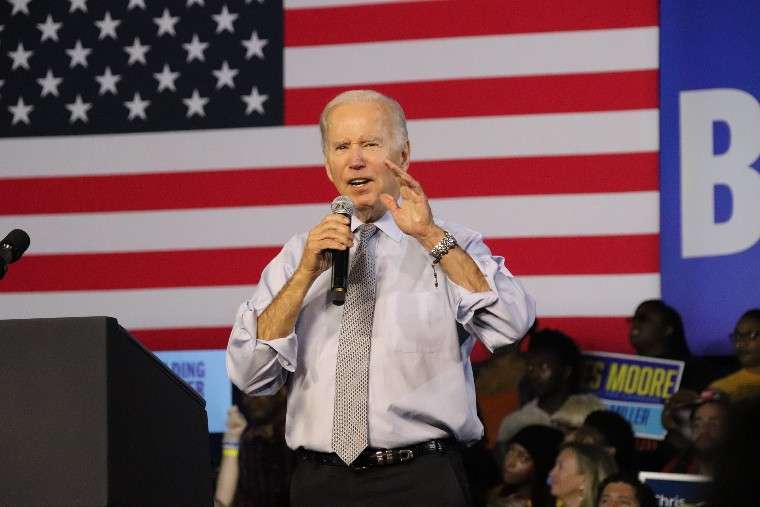 The Democrats have retained control of the US Senate by a small margin. Control of the House of Representatives is still contested.

Now president Joe Biden will be under pressure to keep the promises he made before polling day. He said that the first piece of ­legislation he will sign if the Democrats increase their seats in Congress is a federal law codifying the provisions of Roe v Wade.

But that would mean tackling the filibuster law that has allowed the Republicans to block such a move. And Biden has never shown any intention to do that.

The public mood was shown by voters in Vermont, California and Michigan passing measures to enshrine the right to abortion or knocking down attempts to further curtail such rights. In Michigan, abortion rights ­campaigners declared victory on a ballot initiative looking to secure a constitutional right to abortion. That means the state will now escape the imposition of a 1931 abortion ban that was on the books.

Democrat wins came as a shock to the Republicans, especially former president Donald Trump who was confident that his party would win big. But with almost all the votes counted, many candidates endorsed by Trump himself lost their race to be elected.

Some Republicans are calling for a move away from the former president. Virginia’s Republican lieutenant governor, Winsome ­Earle-Sears, who was once a supporter of Trump said, “The voters have spoken and they have said that they want a ­different leader. And a true leader understands when they have become a liability.”

Ron DeSantis, who was re-elected as the governor of Florida, could be the far right candidate to rival Trump. DeSantis won his race by a ­staggering margin of more than a million and a half votes.

He is smoother than Trump, but with equally vicious policies. He has pushed for the banning of LGBT+ teaching in schools and for the outlawing of abortion after 15 weeks. DeSantis also launched a ­programme to remove migrants from Florida and has waged a ­campaign to attack voter rights.

Meanwhile, the real hope, ­workers’ struggle, sees a new ­milestone this week. Up to 50,000 workers at the University of California are ­planning the largest strikes since the General Motors strike in 2019. The strikes, set to begin on Monday, would be the biggest higher education strike in US history.

The members of the United Auto Workers union are striking over unfair labour practices, low pay and high workloads. Strikes such as these are what’s needed to bring about change in the US, not Joe Biden and the Democrats.