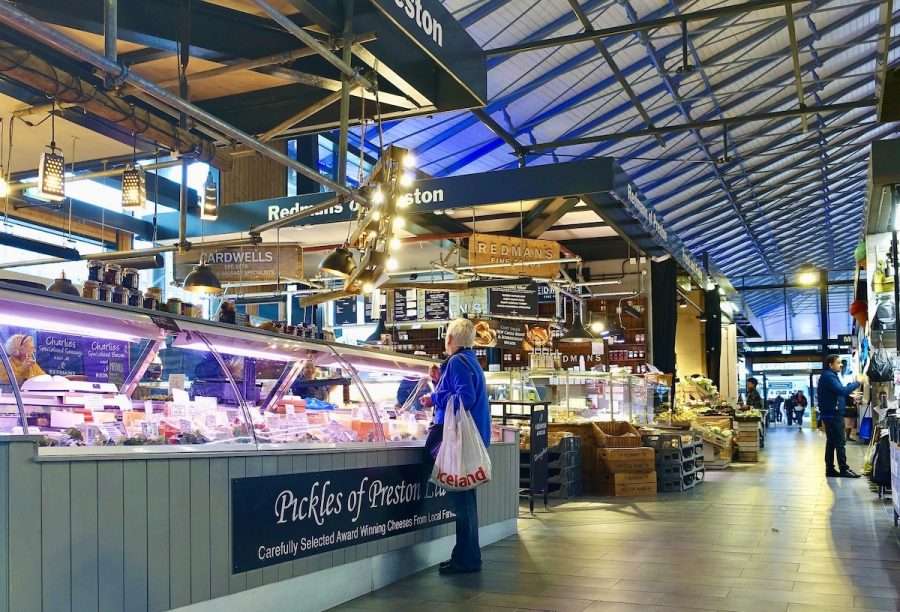 A David and Goliath battle is taking shape over the future of the Preston Market in Melbourne. Billionaire property developers want to demolish the lively community market — and local residents want to stop them.

Urban space has always been a class issue. Profit-seeking developers stand on one side and residents and ordinary people who favor the social good on the other. Whoever wins conflicts like this determines what gets ripped down or built up, where that happens, and for what purpose.

In Melbourne, the latest battle in the war over development is playing out over the much-loved Preston Market in the city’s north. Lawyered-up billionaire developers are planning to almost entirely demolish the market so they can cram the site with a shopping mall and apartment buildings. Meanwhile, a spirited campaign led by locals to save the market is gaining momentum and popular support.

Over the last month, the contest has played out in hearings held by the Victorian Planning Authority (VPA). It’s more than a case study in the politics of development. It’s a David and Goliath battle reminiscent of The Castle — and the outcome could determine the future of a much-loved community asset.

King’s Counsels (KC) are the most senior lawyers in Victoria. They’re also the most highly paid. It’s not surprising, then, that Preston Market Developments (PMD) — the owner of the site on which the market stands — has engaged KC Jeremy Gobbo to represent them in the case.

PMD itself is a partnership between the Salta Properties, headed by Sam Tarascio, whose net worth is $1.69 billion, and Roy Medich, with a net worth $878 million. Medich and his associates have a ruthless reputation. Roy Medich’s longtime business partner and brother, Ron Medich, is currently serving thirty years to life in jail for ordering a contract killing of a business rival.

Neither wealth nor reputation have dissuaded the developers from trying to position themselves as the underdogs. In his opening address to the recent VPA hearings, KC Gobbo presented his clients as the aggrieved party. In his narrative, the local Darebin City Council is taking a “hard-line position” by insisting that the market must be maintained on its current footprint. Gobbo went on to argue that the council’s preferences for shadow controls over the proposed fourteen-story apartment building are “as onerous as we’ve ever heard of.” Indeed, he told the hearing that the council’s desire for 15.6 percent of the development to be “affordable” housing is “miles more than any precedent we know of.”

Beyond basic town-planning footprint plans and a few “indicative” nonbinding sketches, the council has requested detailed plans of what the developers are proposing for the whole site. To Gobbo, this is “an unprecedented and ridiculous request, and we won’t be doing it.”

“Are we the greedy developer? Am I the Grim Reaper?” KC Gobbo asked rhetorically, before replying, “Nothing could be further from the truth.”

Suffice to say, not everyone shares Gobbo’s self-assessment or his views about the developers he represents.

On the other side stands the Save the Preston Market Action Group, which is leading a determined campaign to defend the market. Thanks to many years of activism, they have won broad community support. Residents are worried that the Preston Market will be gutted and transformed into an expensive, bland shopping mall surrounded by apartments, many of which are likely to remain vacant as housing affordability continues to worsen.

Based on the PMD’s plans, these fears are well justified. The redevelopment proposed by the site’s owner and the VPA would see 84 percent of the market’s existing structure demolished. The plans claim to “retain the function of a market on the site” in a “migrated market building.” As members of the action group point out, however, retaining a market or even “the function of a market” is a very different proposition than saving the Preston Market.

The VPA and the developers have promised that their redeveloped site will have “a light and airy feel.” This is hard to square with their proposal to build three floors of car parking on top of the new structure.

It’s also hard to square with experience. As a longtime construction worker, I have built more than my share of shopping centers. I know that, more often than not, “a light and airy feel” is code for a run-of-the-mill suburban mall.

The action group has its own proposal for the site. It preserves the existing market while limiting new residential buildings next to it to seven floors. Crucially, it is demanding that the state government acquire the site, which would relieve the pressure for profit-driven development.

Members and supporters of the Save the Preston Market Action Group gave evidence over three days at the VPA hearing, reporting on the value the market has for residents. Some of their submissions emphasized the market’s cheap food or its social inclusion. Many documented the fact that you can wander around or sit down and people-watch without spending much money — or any at all. The market’s spacious, open-air design is less commercial and rigid than a standard shopping mall. It encourages you to socialize, relax, and interact. The market’s structure and the atmosphere it encourages is why it is so well loved that it attracts customers from many suburbs away.

More worryingly, action group members also reported developer attempts to intimidate market stallholders, most of whom are only on monthly leases from PMD. Laura Fazio, for example, recounted how representatives of PMD management disrupted a meeting for stallholders by shouting and trying to barge their way in.

Perhaps most galling of all, however, was the fact that the VPA has systematically — and at times dishonestly — done their best to lend support to the developer’s cause.

In the hearings, action group member George Kanjere exposed these efforts, which ranged from ridiculous to insidious. For example, according to the VPA’s architects, a key problem with the current market is “a limited sense of arrival.” As Kanjere pointed out, despite this supposed defect, tens of thousands of people manage to arrive at the market every week.

Worse, consultants hired by the VPA reported that after “consulting” locals exhaustively, they found the local community to be indifferent towards the prospect of demolishing the market. As Kanjere replied, this is a lie. The truth is that no one was asked.

As Kanjere went on to explain, the VPA’s consultation process was rigged to favor the developers. Instead of asking residents “What do you think of demolishing the market and rebuilding a new version of it?” the consultants asked questions like “What do you love about the market?” They then used these answers to draw out “principles” such as sustainability or having a roof that lets in light. The consultants used these results to justify demolishing the market because the existing structure fails to totally meet each one of these principles.

The consultants took the rigged outcome of their rigged consultation back to a community reference group (CRG). At the VPA, they claimed that 75 percent of the CRG supported their proposed outcome. Kanjere, however, gave evidence directly contradicting this account. According to multiple CRG participants and observers, only around a quarter of the CRG approved of the outcomes announced by the consultants.

These revelations should be explosive. They demonstrate that the VPA’s much-vaunted community consultation is worse that a farce — it’s a bald-faced lie.

The VPA representatives did not, however, bat an eyelid. No one on the VPA panel contested Kanjere’s version of events. Nor did Gobbo. It’s as if everyone knows that “community consultation” is a sham. They’re all in on an open secret: the Victorian Planning Authority is a developers’ court.

The Battle for the Soul of Preston

The VPA hearing wrapped up last week. It is due to make a recommendation to Labor planning minister Lizzie Blandthorn in the new year.

Meanwhile, in the lead-up to the Victorian state election later this month, the Preston Market Action Group has ensured that saving the market is a major local issue. They have produced a scorecard rating candidates according to their positions on the market, guaranteeing that candidates and campaigners knocking on doors in the area face a grilling on the issue.

According to the action group, former Darebin mayor and independent candidate Gaetano Greco scores highest, having campaigned tirelessly to save the market for years. Victorian Socialists come in at a creditable second after Greco, and they’re ranked first in the upper house.

The scorecard marks the Greens down for their failure to support bringing the market into public ownership. Labor is ranked worst — they didn’t even bother to respond to the action group’s questionnaire.

While the election of candidates committed to protecting the Preston Market would be a significant victory, it won’t end the threat posed by developers and the VPA. Knowing this, the action group also asked candidates what they will do if the VPA decides in favor of demolishing the market.

As the Victorian Socialists candidate for the upper house, my response was that the community should consider “stepping up the campaign with a major public rally and a plan for civil disobedience to deter demolition of the market.”

Given its broad community support, the Preston Market could become a place where we draw a line. With determination and activism, we could begin to turn the tide against profit-driven development, and toward what’s good for our society and the people who have made their home in Melbourne’s north.