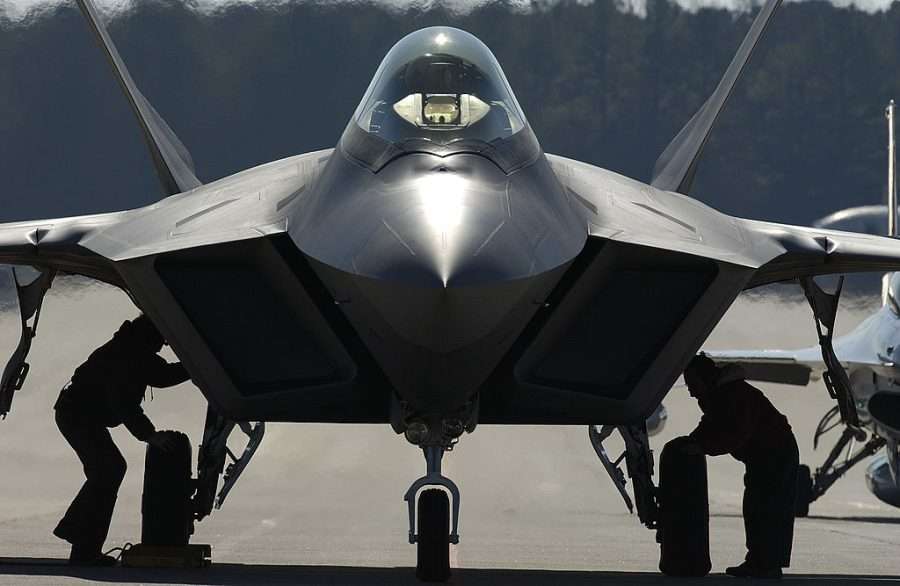 Multiple politicians hold significant stocks in the very defense corporations whose federal contracts they vote to increase each year. The solution to this blatant intrusion of defense money into politics is simple: ban all congressional stock trading.

As Congress comes back into full swing following the midterm elections, we find ourselves in this year’s National Defense Authorization Act (NDAA) season. Since last year’s record-high $778 billion budget, this year’s NDAA top line, authorized by the Senate Armed Services Committee, is coming in at an astounding $858 billion.

This number surpasses even Joe Biden’s original astronomical request of $813 billion. Prior to going on recess, the Senate proposed NDAA amendments adding up to $100 billion to the originally proposed budget. While these amendments vary in subject, they are united in their biggest beneficiaries. Military contractors like Boeing and General Dynamics will profit greatly from the approval of more military weapons purchases, finding an even larger market for their V-22 Osprey aircrafts, Abrams tanks, and Stryker vehicles. And as several members of Congress own significant stocks in these and other defense companies, they have a lot to gain from a bigger NDAA budget too.

Weapons industry money in politics takes many different forms, ranging from corporate campaign contributions to lucrative earmarks to pricey industry lobbyists. Arguably the most direct tie between political power and financial gain, though, is Congress members’ ability to hold and trade stock in industries they directly legislate over.

According to an explainer published by the Congressional Progressive Caucus in April 2022, 284 members of Congress, or 53 percent, own stock — meaning their personal finances are pegged to the success or failure of specific industries and companies. More recent and egregious examples of insider trading, such as members of Congress trading stocks based on early coronavirus briefings in 2020, have made congressional stock trading a hot-button issue. But the problem is not only that members of Congress are trading stocks with insider information. It’s also that they have the power to shape policy over the industries they hold stock in. A recent New York Times report found that at least 97 members of Congress or their spouses or dependents have bought or sold stocks or other financial assets in the industries that those members legislate over in their congressional work.

The armed services committees are no exception. In fact, they’ve been acknowledged as having the most stock trades of all congressional committees. On the Senate Armed Services Committee (SASC), multiple members hold significant stocks in the very defense corporations whose federal contracts they vote to increase each year. Examples include Senator Tommy Tuberville (R-AL) owning $200,000 in defense companies Honeywell, Lockheed Martin, General Electric, Raytheon, and General Dynamics alone; Senator Jacky Rosen (D-NV) owning up to $110,000 in General Electric stock; and Senator Gary Peters (D-MI) holding around $15,000 in Raytheon stock. Some SASC members trade even more responsively, such as Senator Jim Inhofe (R-OK) buying and selling military technology stocks while SASC negotiated a $10 billion technology contract with the Pentagon.

While Barack Obama’s 2012 STOCK Act was intended to hamper members of Congress from trading and holding stocks with insider information, it has been minimally enforced and hasn’t meaningfully changed the situation. According to Insider, as of this month, seventy-four members of Congress have violated the STOCK Act. Current penalties constitute no more than a slap on the wrist, with an average fine of $200.

While current trading is going largely unchecked, congressional legislation is aiming to change that. Since the beginning of the year, multiple pieces of legislation have been introduced to implement a more actionable and robust stock-trading ban. The Ban Congressional Stock Trading Act was introduced in January by Democratic senator Jon Ossoff. In February, the less-rigorous Bipartisan Ban on Congressional Stock Ownership Act was introduced by Senator Elizabeth Warren. Also in February, Senate majority leader Chuck Schumer formed a working group to develop consensus stock trading ban legislation. The hearing for the legislation was postponed until after the midterm elections, but will likely come up for a vote soon.

The monthslong back-and-forth process on this bill is deeply frustrating but hardly surprising. Why would stock-holding politicians push for a vote on an issue that’s popular with their constituents but contrary to their vested interests, especially as they’re campaigning for midterms? Despite legislative sluggishness, congressional stock trading is still garnering more public attention than in recent decades. Opponents of money in politics — and especially antiwar opponents of defense industry entanglement leading to surging military budgets — should counter Congress’s hesitation with popular urgency.

If business as usual continues in Congress writ large, and in the Senate Armed Services Committee specifically, the NDAA will not stop at $853 billion. Recent research by the National Taxpayers Union has predicted that the annual military budget could exceed $1 trillion by 2027.

Congress members’ stocks aren’t the only thing keeping them from voting for militarized solutions over diplomacy and peace, but they’re certainly a major personal incentive. There’s no doubt that they’ll keep voting for higher and higher Pentagon budgets as long as they directly profit from weapons companies receiving increased federal spending.

While a revamped stock-trading ban will not single-handedly slash the Pentagon budget, it will push members of Congress — especially those sitting on critical decision-making committees — to at least create legislation and spending packages without direct personal financial motivation (campaign donations and defense-industry networks are another matter). Money in politics is costing lives around the world, and an improved stock-trading ban is a step in the right direction to less biased and more humane policy.