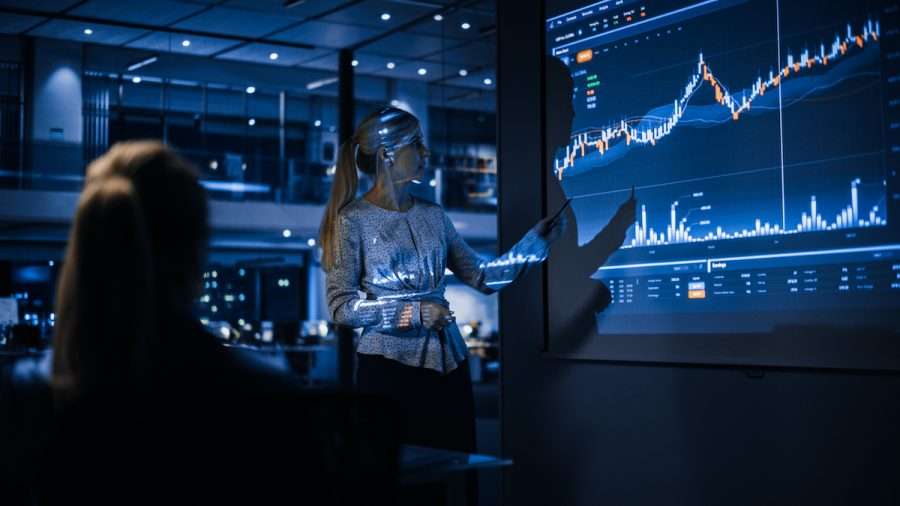 Public pensions with investments in private equity face severe losses amid the economic downturn. But with the industry’s shady contracts and anti-transparency laws, fund managers have no obligation to disclose their real performance.

Public pension funds rely on valuations provided by the managers themselves — and thanks to secret contract clauses, managers can significantly massage and inflate their numbers. (Getty Images)

Public pension funds benefiting nearly twenty-six million Americans have invested $1.3 trillion in high-risk, high-fee “alternative” investments like private equity, hedge funds, and private real estate that have been wracked with corruption scandals and financial misconduct. Those pension funds could soon face a reckoning, as the downturn in the stock market spreads to these alternative investments, resulting in costly reductions of their estimated value and, in turn, increased contributions from state and local governments to meet those losses.

But most public pension members and beneficiaries have no way of knowing the extent of distress facing their investments. That’s because public pension funds rely on valuations provided by the managers themselves — and thanks to secret contract clauses, managers can significantly massage and inflate their numbers.

“Alternative investments give pension funds the opportunity to hide their losses, which means that they are made to order for this contractionary environment,” said Ted Siedle, a former attorney with the Securities and Exchange Commission who now represents financial industry whistleblowers. “It’s a perfect place to hide. It’s no surprise that the increase in private equity and alternative investments was accompanied by an increase in secrecy. The bottom line is nobody knows what these investments are, nobody knows how they are performing, or what they are worth.”

As of publication, the main stock market index is down 17.4 percent since January, the longest period of falling stock prices since the 2008 financial crisis.

Public pension deals in the alternative space are notoriously opaque, with no full public disclosure of the underlying investments and accompanying contracts, the amount of debt or risk that a fund has taken on, the total fees paid to the firms involved, or the underlying performance and cash-flow data of these investments.

This is in stark contrast to investments in publicly traded companies, which disclose a wide range of information about their finances and face penalties for misrepresentation.

“In a general way, the whole [alternative investment] industry has been running on autopilot for the last fifteen years with almost zero regulation,” said Jeff Hooke, a retired investment banker who now lectures on finance at Johns Hopkins University. “There’s no cop on the beat. There’s no sheriff in town. They’ve been able to report, without too much scrutiny, these glowing returns.”

Private equity and other alternative investments were originally peddled as vehicles that could deliver higher returns to investors, no matter the market environment, by taking over and transforming companies — often by loading them up with debt and laying off workers.

Such promises helped inspire public pensions to enter the space. Forty years ago, most public pension funds didn’t invest in private equity or hedge funds at all, instead pursuing far more orthodox investments in stocks and bonds. Now, public pensions have more than a trillion dollars invested in alternatives.

In total, public pensions supply more than a third of the capital to private equity, and they likely provide a similar share of the capital going to hedge funds and private real estate. And they are shoveling ever more money at the alternative investment industry, despite sky-high fees and returns that either meet or trail the broader markets.

In part by using public pension capital, private equity in particular has expanded into every corner of the economy, from the prison industry to services for children with disabilities to fossil fuels, housing, weapons, security, media, lobbying, health care, and veterinarians. Their investments are rife with bankruptcies, layoffs, and aggressive anti-union campaigns.

But the outsized returns promised by the money managers themselves have not been borne out by data that have found that private equity does not beat the S&P 500 index of large stocks. Hedge funds have also massively trailed the broader stock market, and private equity real estate trails publicly traded real estate.

Now the repercussions of the industry’s overly optimistic forecasts are starting to be felt, as their portfolios’ performance begins to reflect the economic downturn.

Financial reports for alternative investments typically lag by one quarter, or three months. But accounting rules also allow them to measure their value at “net asset value,” determined by a complex and subjective valuation process, as opposed to fair market value, or what it would be worth if the pension fund tried to sell it on the open market.

This problem came into view recently when the California Public Employees’ Retirement System (CalPERS), the country’s largest pension fund, sold a $6 billion private equity portfolio at a 10 percent discount, or $600 million less than what the agency had valued the portfolio at in its public financial filings.

Eileen Appelbaum, codirector of the Center for Economic and Policy Research and coauthor of Private Equity at Work, said that the CalPERS write-down is indicative of broader problems in the industry. “A lot of the info you’re getting from the fund managers have a lot of guesstimates in it,” she said. “Public markets have been declining since January. The industry wants to make the case that they don’t decline like that, that they are way less volatile.”

An Industry Built on Secrecy

The alternative investment industry is built on a lack of transparency. The risks inherent in the space mean that managers have great incentive to create rosier returns. Poor return numbers make it harder to raise money for new investments. It’s why investment managers work to shield information about themselves and their activities from public view, so they are free to peddle stories of outsize returns with no accountability.

Now that same secrecy will keep the true dangers currently facing these investments from going public.

Industry lobbyists have successfully pushed anti-transparency bills across the country exempting contracts and raw performance data from public view. To this day, only a small handful of contracts between alternative investment managers and public pension funds have been released to the public, and none of the raw performance data from these investments have been disclosed.

The contracts that have been made public have revealed many hidden fees, plus a variety of provisions that aggressively tilt the playing field in favor of alternative investment managers. Those include clauses like a waiver of the managers’ fiduciary duty to the pension, which limits the firms’ legal obligation to act in the pension’s best interest. Contracts also include provisions requiring binding arbitration for any disputes, eliminating the ability of pensions to seek redress in the courts.

What’s more, there is little incentive for public pension trustees to push for greater transparency, since plan managers are typically unpaid. Moreover, the little education they receive on such investments is typically from consulting firms with deep ties to the industry or at industry-sponsored conferences filled with industry representatives. Numerous state treasurers and other politicians with oversight over pensions also have deep ties to Wall Street, like Republican Virginia governor Glenn Youngkin, a former Carlyle Group executive who makes appointments to the state pension fund’s board.

No wonder, then, that there are very few pension trustees raising concerns about the rapid growth and risks surrounding alternative investments. One notable exception is Pennsylvania state senator Katie Muth, who has played a leading role in disrupting business as usual at a more than $70 billion pension fund that has been plagued by scandal in recent years. (Muth won reelection to the state senate on November 8, and is a legislative representative on the pension fund’s board.)

President Joe Biden’s Securities and Exchange Commission has proposed modest reforms to the industry that would require increased transparency on performance, risk, and fees in the alternative investments space. But these reforms have been fiercely opposed by the industry.

Massachusetts senator Elizabeth Warren has proposed a much broader set of major reforms to the industry in the Stop Wall Street Looting Act, which among other things would rein in the amount of debt taken on by the industry and require new disclosures around fees and performance.

Will the coming crisis in declining values in the industry trigger increased scrutiny? Hooke isn’t so sure.

“Things might change in a few months when people start to see red ink,” he said. “The SEC has been totally off the radar when it comes to supervision and enforcement of the industry. With the coming downturn, there might be a cry for a closer inspection of the business by appropriate authorities. But the dark side is very powerful. They’ll pull out all their lobbyists and lawyers.”