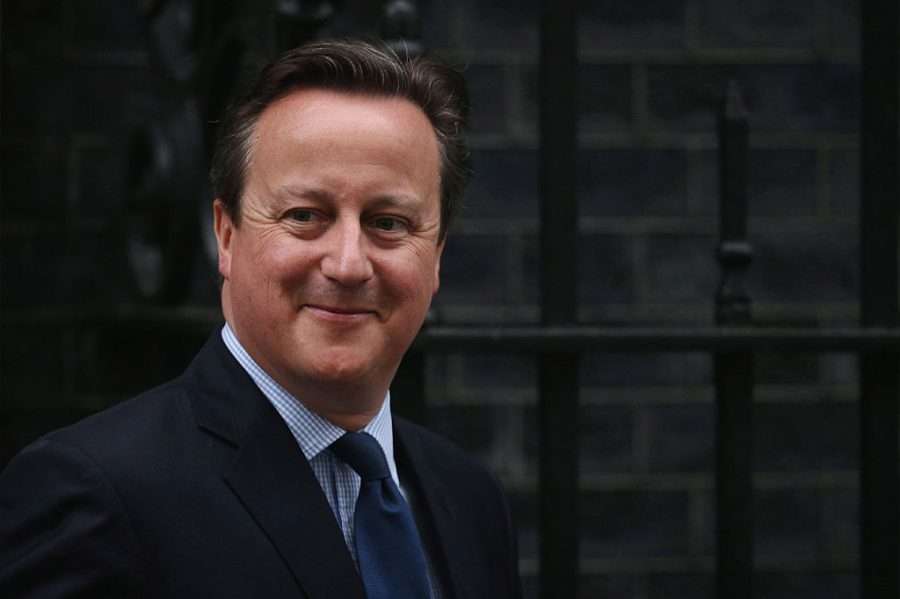 David Cameron’s Tories pushed charity and volunteering to plug the gaps left by their vicious austerity assault. With a resurgence of cuts, we might see the same rhetoric reheated – the problem is that no-one has anything left to give.

It’s been more than ten years since the first austerity budget heralded a series of cuts that would bring UK public services to their knees, and force millions of the country’s poorest into absolute poverty. But Tory ideology, it seems, hasn’t aged a day.

The implosion of Trussonomics has given way to an uncanny set of political circumstances. The Tory ‘sensibles’ are back, sharpening their knives, ready to dislodge the last gristle from the bones. The BBC again beats the drum for a supposedly ‘inevitable’ second round of slash-and-burn economics, and even the Guardian is in the business of manufacturing consent for austerity.

Meanwhile, if Rishi Sunak’s regression into the comfort zone of past Tory failures is anything to go by, the 2020s may herald the return of yet another Cameron-era hallmark: the so-called Big Society. A flagship policy in the Conservative’s 2010 election manifesto, the Big Society draped a veil of ‘community activism’ over the Conservatives’ programme of ruthless austerity.

Its Faustian bargain was simple: in exchange for turning a blind eye to the evisceration of the welfare state, the charitable sector would receive financial and political backing to patch-up the social safety net which was being ripped apart by George Osborne’s onslaught of cuts to the public services—more than 40 percent, by the decade’s end. Charity would become what writer and campaigner Janey Starling calls ‘a permanent feature of the Government’s refusal to meet people’s basic needs’.

This could prove an appealing tactic for today’s Tories, whose Chancellor has already begun wringing his hands over the ‘eye-watering decisions’ that lie ahead, while the Prime Minister pledges ‘not [to] leave the next generation… with a debt to settle that we were too weak to pay ourselves.’

Cameron broke the idea down further in a 2011 speech to businesses.

‘There’s one word at the heart of [the Big Society], and that is responsibility. If you take any problem in our country and say: “What can the government do to sort it out?’ that is only ever half the answer.

‘The idea of communities taking more control, of more volunteerism, more charitable giving, of social enterprises taking on a bigger role, of people establishing public services themselves… My question is: should we try more of it?’

A new charity was set up to embody Cameron’s ideal of the enterprising non-profit, ready to roll up its sleeves and get stuck into the business of the state. Ostensibly ‘an independently-funded partner to government,’ the Society Network Foundation was embroiled in not one, but two, National Audit Office inquiries into the misuse of £3 million of public money during its three-year run.

By 2014, the charity had collapsed, driving a stake through the heart of the Big Society’s legitimacy. The slogan was promptly put to bed, but the Big Society’s tentacles stretch into the present day, its impact most visible in the exponential rise of foodbanks. The country’s largest foodbank charity, the Trussell Trust, handed out 41,000 three-day food packages in 2009, the year before austerity hit. Six years later, this figure reached 1.1 million, and foodbank use has never returned to pre-austerity levels.

While the charities largely held up their end of the bargain, shouldering the enormous burden left by the evisceration of the state, the Tories did not. The total per cent of the sector’s income supplied by the government didn’t grow, but fell, from 36 to 29 per cent in the decade between 2008 and 2018. Charity supporters were forced to pick up the slack, with the total percentage of the sector’s income from individual donations climbing in parallel from 40 to 47 per cent during the same period.

This cemented a new political consensus: that an individualised ‘culture of giving’ was a reasonable alternative to government intervention. Indeed, if a £14 billion cut to the UK’s benefits system over the same time was anything to go by, a culture of giving was, in fact, the only option left.

Then came Covid and, noting a distinct change in the national mood triggered by the universalisation of precarity among renters, furloughed workers, and those made newly vulnerable by the pandemic’s spread, the government changed tack. Attempting to harness the outpouring of genuine solidarity at the height of the pandemic, it adopted the nomenclature of community activism.

The Big Society’s ideas were rebranded ‘community-powered conservatism’ in a Johnson-era white paper that blustered about ‘social prescription’ delivering ‘physical activities, befriending services, and voluntary action’ to the country’s most vulnerable, while trumpeting the idea’s ‘cost-saving’ potential, in attempt to socialise the price of another national crisis.

Charities—reliant on state recognition and funding to carry out their work—were eager to oblige. Fleets of PR professionals, app developers, and celebrity influencers were deployed to wrangle the organic solidarity that materialised among the various mutual aid groups that shot up across the country into something safer; community activists became volunteers overnight, and many mutual aid groups were subsumed by charitable services. Analysis from the We’re Right Here campaign found that while four in ten mutual aid groups set up at the start of the pandemic are still active in June this year, many had grown into—or merged with—established charities.

This poured cold water on the ‘inherently participatory’ nature of mutual aid: what Dean Spade, author of Mutual Aid: Building Solidarity During This Crisis called mutual aid’s potential to ‘mobilise hundreds of millions of people to tackle the underlying causes of global crises’. Instead, organic momentum was forced into what Matt Bruenig, founder of the People’s Policy Project, calls ‘charity’s black box’, where ‘money goes in and good results come out,’ with little or no collective involvement along the way.

This wave of organic community activism was forced to cover for a further shirking of responsibilities by the state, while charities maintained their position as the go-to fixers of capitalist ills—on capital’s terms. Arundhati Roy, in her essay the ‘The NGO-ization of Resistance’, observes this as a process of ‘defus(ing) political anger and dol(ing) out, as aid or benevolence, what people ought to have by right.’

Today, however, this consensus rests on thin ice. The shaky distinction between society’s ‘givers’ and ‘takers’—once the central antagonism propping up the Big Society—is groaning under the weight of rising inflation. With 1.3 million Brits on the brink of poverty, and wage growth plummeting by 4.5 percent, it’s fair to say society’s givers really aren’t feeling themselves.

Can Rishi Sunak honestly expect the public to pay the price, even as a further 1.3 million people are pulled into debt by rocketing inflation? Would Jeremy Hunt really try to pass the buck for a second round of austerity to a charitable sector still reeling from the first round of austerity?

While these are realities the Tories must contend with, the party’s current iteration seems intellectually bereft enough to give it a go. If and when they do resurrect the Big Society 3.0—presumably under a less tarnished brand—the Left must be ready to challenge them on ideological as well as practical grounds.

We must instead call a spade a spade: a reheat of the Big Society won’t result in ‘community-powered conservatism.’ It will lead—once again—to social murder, and the Tories have blood on their hands.