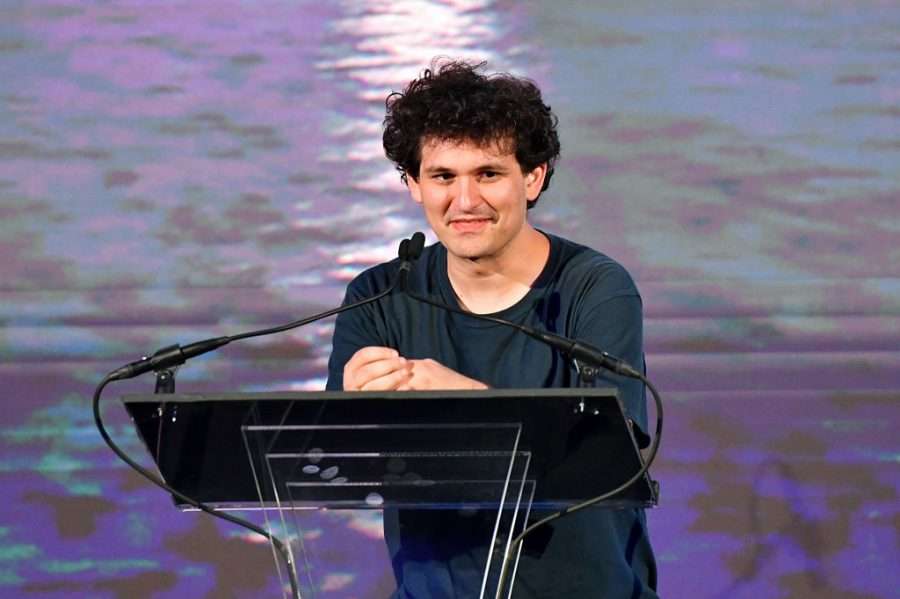 The New York Times is hosting, on November 30, a “summit” of “groundbreakers” and “influential minds,” among them Sam Bankman-Fried, disgraced founder of FTX.

No one is defending Bankman-Fried at this point. It’s been widely reported that the former crypto billionaire lied about numerous aspects of the value and viability of his business. His company is now worth almost nothing. Many investors lost fortunes and everyone who worked for the company is now unemployed. Former employees have lost their life savings. Bankman-Fried is the Bernie Madoff of crypto, an industry that is shady even at its best.

It’s curious, then, to find him still an honored guest of the anti-disinformation crusaders at the Gray Lady, and, at this writing, still on the program. But his spiral into ignominy has been swift. Just a couple weeks ago, Bankman-Fried’s presence at the Times’ “summit” would have been unsurprising, as he was an absolute darling of the liberal intelligentsia.

The Times itself called him a “crypto emperor” in May. All the journalists thought the thirty-year-old MIT physics graduate — and son of two Stanford professors — was a “genius,” and often used this word to describe him. (Liberals love to worship purported intelligence even in its most off-putting forms.) Fortune wondered if Bankman-Fried was “the next Warren Buffett.” He’s also been called a modern J. P. Morgan. Forbes exulted over how “extremely exciting” it was to work on a Q&A with him.

Liberals bought completely into his schtick, which was that he was a proponent of “Effective Altruism” (EA), a philosophy which stresses “earning to give,” the idea being that rather than choose a virtuous job — seeking a cure for cancer, working for a literacy nonprofit, or, I don’t know, organizing to expropriate the owning class — a person could do more good by making as much money as possible in order to give it away wisely, seeking to make well-informed donations that will make the world a better place. For people who want to believe in the better angels of capitalism, this notion was like crack, completely irresistible. Matt Yglesias was one convert, gushing in May over Bankman-Fried’s sincere commitment to EA and to the cause of pandemic prevention. (Yglesias for his part is now dutifully eating crow.) Forbes and the Times and many other publications also gushed credulously about Bankman-Fried’s intentions to give away all his wealth.

The liberal media’s enthusiasm for the boy wonder might have something to do with his politics. While many crypto bros are libertarians, loudly, obnoxiously so, Bankman-Fried called for responsible regulation, even appearing before Congress to do so. He also gave lavishly to Democratic politicians. Spending more than $38 million, he was the sixth biggest individual donor in this month’s midterms, and the second-biggest donor to lean Democratic. His giving patterns seem to have favored keeping Democrats in the House of Representatives, rather than picking a side in any particular intraparty fight; progressive Zoomer Maxwell Frost as well as more conservative Democrats benefitted from the now-former billionaire’s largesse. Bankman-Fried was probably a factor in the Democrats’ many surprising wins.

The liberal media even loved Bankman-Fried’s appearance. The Times called him a “studiously disheveled billionaire,” celebrating his “perpetually rumpled” quality in a particularly TMI headline, “No Pants, His Rules.” (Speaking of TMI, there was also a fair amount about Bankman-Fried’s Ayn Randian polycule, which is so unappealingly sexist and hierarchical that it risks giving perfectly wholesome alternative lifestyles a bad name, and therefore the less said about it the better. His menage seemed to have involved many employees, which in the post #MeToo era is bold but not in an original way.) Bankman-Fried was often praised as “eccentric,” and even after the recent crackup, the Times uncritically quoted a source calling him “frugal,” which is a curious word to describe a person who owns a private jet and a nearly $40 million penthouse.

The liberal elites are always looking for someone to believe in, and the Times summit lineup is already looking like an archaeological remnant of their 2022 affections. This may be remembered as the month things fell apart for so many of these types. New York City mayor Eric Adams is being blamed for the Democrats’ colossal electoral losses, as he fueled the crime panic which drove suburban voters to flip several house seats and nearly ousted the Democratic governor. Also on the program is Volodymyr Zelensky, whose NATO allies have been exchanging nervous glances among themselves over his continued, nutty insistence that it was not his military that accidentally bombed Poland last week. I predict that by this time next year, he’s going to be almost as embarrassing as Bankman-Fried. Last March, Bankman-Fried and Zelensky worship collided, when FTX joined the war effort in Ukraine, and Bankman-Fried was praised by New York magazine for his ethics and scruples in that situation. But never mind all that now.

This “summit” is looking more and more like a plunge into the underworld. It might be best to just call it off.