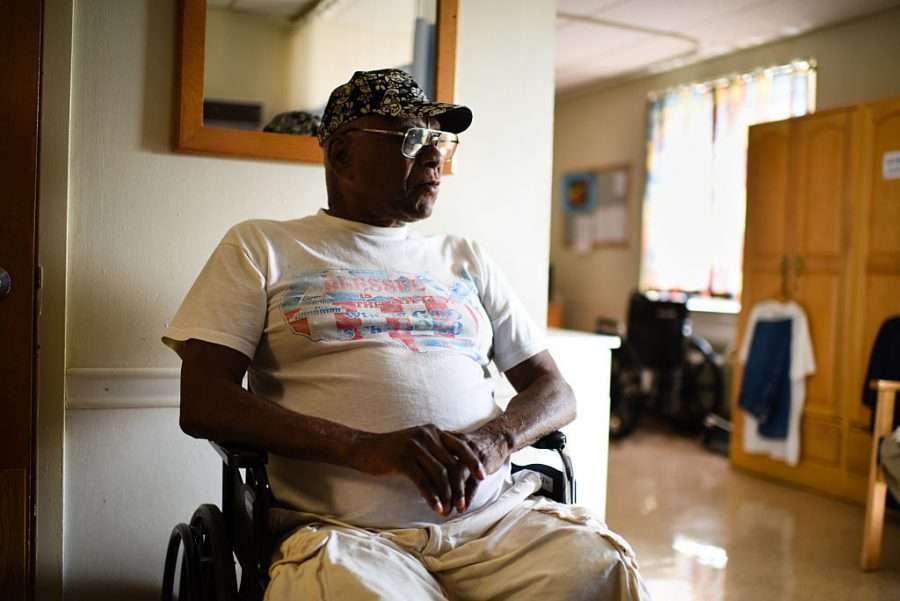 Many of AARP’s members count on Medicare to survive. Yet the group is boosting Medicare’s privatization — perhaps because it has already raked in nearly a billion dollars from its involvement in that privatization.

AARP is benefitting from the privatization of Medicare and the denial of care to seniors. (Sarah L. Voisin / the Washington Post via Getty Images)

Despite massive and systemic problems with for-profit Medicare plans denying care to seniors while costing the government more than $7 billion annually in excess fees, the leading advocacy group tasked with protecting older Americans is welcoming the privatization of the national health insurance program — while earning as much as $814 million annually from insurers advertising the plans.

The state of affairs lays bare a conflict inside AARP, the major advocacy organization for Americans fifty and older, over how to approach the regulation of Medicare Advantage, the for-profit version of Medicare.

On one hand, AARP, formerly known as the American Association of Retired Persons, collects enormous amounts of revenue from Medicare Advantage insurers to supplement huge executive salaries (the nonprofit’s CEO made $1.3 million in 2020). On the other hand, the organization is expected to advocate for the best interests of their 38 million members — and the 28.4 million Americans now covered by Medicare Advantage plans, or nearly half of all Medicare beneficiaries.

“The AARP makes money through its own Medicare Advantage plans,” said Don Berwick, an administrator of Centers for Medicare and Medicaid Services (CMS) in the Obama administration who has emerged as a prominent critic of the program. “It would be understandable that it would try to protect one of its major income sources.”

AARP had a chance to call out problems with Medicare Advantage denying care to patients — arguably the most important issue facing its members enrolled in Medicare Advantage — when CMS, the federal agency that oversees Medicare, released a request for comments about the program at the beginning of August. But in its resulting August 30 letter, AARP hardly touched on care denials, instead recommending modest increases in transparency on issues like racial equity and telehealth funding — while championing the expansion of the privatized insurance program.

“Throughout the current public health emergency, we have supported the expansion of supplemental benefits in [Medicare Advantage] to help alleviate the unprecedented health care crisis brought about by the COVID-19 pandemic,” noted the letter.

Meanwhile, AARP has been reaping the financial benefits of its own Medicare Advantage plan, which it has been offering in partnership with the for-profit insurance giant UnitedHealthcare since 2003. Starting in 2021, AARP also launched a lucrative partnership with the major Medicare outsourcing firm Oak Street Health, which is a participant in the ACO Realizing Equity, Access, and Community Health (REACH) program that privatizes Medicare benefits for seniors without their consent, as reported by Kaiser Health News in June.

In 2021, AARP earned $814 million in “royalties” for its health care work, according to a recently released financial statement reviewed by the Lever. That figure is more than double what the organization collects in dues and is 20 percent higher than 2018.

“At the direction of the third party insurance carriers, the plan pays AARP, Inc. a portion of the total premiums collected for the use of its intellectual property, which is reported as royalties in the consolidated statements of activities,” AARP explains in its latest tax filing.

Representatives of AARP did not respond to repeated requests for comment.

“There’s a Big Game Being Played”

But that position hasn’t prompted AARP to sound the alarm on the privatization of Medicare benefits, even after an April report from the inspector general of the Department of Health and Human Services (HHS) found that 18 percent of claims denied by Medicare Advantage plans should have been covered.

AARP has also refused to cut ties with UnitedHealth, its Medicare Advantage partner, even as evidence has mounted that the insurer isn’t focused on empowering consumers. In 2017, for example, the insurance company was sued by the Justice Department for overbilling Medicare. AARP’s stand-alone Medicare prescription drug benefit program has also been racked with high premium increases, making it one of the most expensive national plans on the market, a recent investigation from the Wall Street Journal found.

In AARP’s August letter, the advocacy organization also called for slightly expanding the information Medicare Advantage plans provide on their practices for denying care. “We are also supportive of language around enrollee protection standards that will establish a collaborative process between beneficiaries, providers, and CMS to ensure that denials of prior authorization requests no longer produce obstacles to needed care,” read the letter.

But these recommendations were far less expansive than those advocated by the American Hospital Association (AHA), the leading national hospital lobbying group. Referring to Medicare Advantage plans’ routine denial of care that would have been covered by traditional Medicare, AHA pointedly noted in the aforementioned August 30 letter that “we strongly urge CMS to require [Medicare Advantage plans] to align medical necessity and coverage criteria with Traditional Medicare rules so that Medicare patients have equal access to care regardless of coverage type and to reduce the unnecessary delays and burdens associated with inappropriate or excessive use of prior authorization.”

And while AARP calls for more information on Medicare Advantage plans to allow consumers to shop more effectively, they fail to provide that information themselves on their website.

Susan Rogers, president of Physicians for a National Health Program (PNHP), pointed out that AARP’s website contained essentially no independent information on Medicare Advantage. “If you go to their website and search for Medicare, the first information up there is Medicare Advantage,” she said. “Nothing about traditional Medicare. Nothing. If you trace their funding you’re not surprised by their position at all. That makes them part of the problem.”

AARP has likewise been silent about the massive expansion of Medicare Advantage augured by the Trump administration launching the “direct contracting entities,” or DCE, program, which under President Joe Biden has now morphed into the ACO REACH program. This program involuntarily assigns seniors to privatized health care plans without their informed consent and has been panned by a host of advocates like PNHP and progressive leaders like Representative Pramila Jayapal (D-WA). Amazon and major private equity firms have made major investments to try to cash in on this scheme.

In fact, as part of AARP’s new partnership with Oak Street Health, the ACO REACH plan provider is promoting itself as a “trusted primary care provider by AARP.” Meanwhile, Oak Street has disclosed that it is the subject of a Justice Department investigation into its marketing practices.

By neglecting to educate its members on the risks of Medicare privatization, AARP is doing its members a disservice, said Berwick, the former CMS administrator.

“There’s a big game being played — the Medicare Advantage money machine,” he said. “Insurers are making an enormous amount of money, and it’s a hidden cost to taxpayers. Beneficiaries don’t actually see what’s being taken from them. If they did understand it they would be very concerned.”