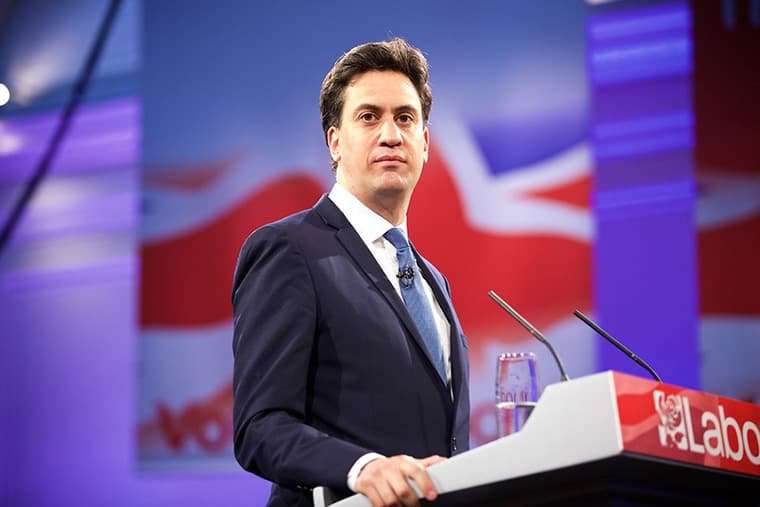 Keir Starmer’s journey to demanding—as he did last week—that bosses cut migrants’ jobs is a fairly clear one. He’s been on a steady path rightwards towards nationalism ever since he began extolling the virtues of “progressive” patriotism.

It’s taken him from waving the Union Jack, to demanding a more “effective” immigration system, to calling for more deportations, and, now—essentially—“British jobs for British workers.” It’s far from the first time that a Labour leader has felt comfortable toying with anti‑migrant racism.

Yet it still comes as a shock to many who look to Labour for a ­progressive alternative to Tory rule. We expect racism from the Tories—divide and rule is their bread and butter.

But Labour talks the language of class, social justice and defending the poor. Shouldn’t it stick up for migrant workers too?

And, in fact, Labour does often speak out against the “exploitation” of migrant Labour. Yet it often also presents that exploitation as a threat to the jobs and wages of British people. And ending that exploitation, for Labour, can simply mean ending migrants’ jobs.

Labour’s class solidarity seems to be limited by Britain’s borders. This limitation is baked in to its very foundations.

That’s inevitable given that Labour’s central aim is to be elected to government in order to manage the British state. This does two things.

First of all, it means that Labour views migrants through the question of how useful their labour is to the health of the British economy and industry the state is meant to facilitate. Starmer himself showed this quite well last week when the only reassuring words he had for migrants was that he liked their “contribution to our economy, to public services, to businesses.”

But it also ends up setting British workers in competition with migrants. If the interests of workers are tied to the British state, and defined by their affinity to it, then non-British workers are, by implication, separate.

Labour comes to appeal to workers, not on the basis of working class unity across borders, but on the basis of national identity and the “national interest.” That stays true even when bosses want an increase in migrant Labour.

It’s been responsible for splits, contradictions and—ultimately—capitulation to racism throughout Labour’s history. Labour’s MPs were divided from early attempts to introduce immigration controls in Britain.

The Tories’ Aliens Act in 1904 targeted Jewish refugees fleeing pogroms in Eastern Europe. This was just four years after Labour was founded.

Three of Labour’s six MPs voted against it—the others abstained. They opposed it unanimously when it came back in 1905, but the bill passed. Then, during the First World War, a new Aliens Restriction Act to limit immigration was rushed through parliament in 1914, virtually unopposed.

By the Second World War the wartime government—a coalition of the Tories and Labour—both recruited migrant labour through state-sponsored schemes and carried out deportations of “enemy aliens”.

In October 1945 Clement Atlee’s post-war government worked with Liverpool council to deport some of the 20,000 Chinese workers who worked in the city’s shipping industry. Between December 1945 and 1946, an estimated 2,000 people were forcibly rounded up and sent back to China. Hundreds had wives and children who were never told what happened.

When economic expansion demanded it, Labour supported more migrant workers coming to Britain. But at the first sign of economic trouble, the right took its chances to scapegoat these same people. Labour at best stood by, and at worst encouraged it.

Harold Wilson, Labour prime minister from 1964, said, “We do not contest the need for control of commonwealth immigration into this country.” He pushed to tighten the Tories’ Immigration Act to secure “effective” health checks and expand deportations.

Twice as many Labour candidates as Tories mentioned immigration in their election leaflets—and almost all opposed increased immigration.

Instead of campaigning harder against racism and segregation, Labour looked to trump the Tories. Wilson didn’t want to be seen to be allowing “floods” of migrants to “blight the central areas in all our cities”.

Labour followed notorious Tory racist Enoch Powell’s lead by passing the buck for unemployment and housing problems onto the most vulnerable. And the trend of following Powell in an attempt to win over the working class and bosses didn’t stop there.

In February 1968 Powell made a vile speech against Kenyan Asians with British passports. A month later, Labour introduced a new immigration act withdrawing rights of entry for passport holders lacking a “close connection” with Britain.

Powell’s infamous Rivers of Blood Speech came in April 1968. Labour only increased the appetite of the racists who backed him. But this didn’t win it more support.

Between 1975-78 the National Front rose on the back of the economic crisis, making electoral gains in local elections from 1976. Bob Mellish, Labour’s chief whip, spoke of the “influx” of Malawi Asians to Britain—adding “enough is enough”.

During the next Labour government, Tony Blair and New Labour leaned into the rhetoric of “good” and “bad” migrants. Blair both accepted that migrant labour was useful to the economy, but also wanted to show he was “tough” on asylum seekers.

Home secretary Jack Straw said migrants simply wanted to “come principally to claim cash benefits”. Legal routes into Britain were made almost impossible, yet migrants were demonised for relying on alternative “illegal” methods. Blair even called Powell “one of the great figures of the 20th century”.

Prime minister Gordon Brown in 2009 responded to austerity with the slogan “British jobs for British workers.” Labour’s unrelenting scapegoating pushed immigration from not being in the top 12 electoral issues in 1997, to second by 2010.

The Tories also hoped to get through the economic crisis with anti-migrant scapegoating—and Labour, now led by Ed Milliband, went along with it. Miliband attacked his predecessors Blair and Brown for allowing “uncontrolled immigration.”

And he parroted myths about low paid workers’ wages being cut by migrants. He used the filth Sun newspaper to say Labour would not be a “soft touch” on foreigners. This only boosted those who really feed off racism.

Nazi British National Party leader Nick Griffin thanked Labour for the “legitimisation of our message” calling it his “recruiting sergeant”. And the far right Ukip enjoyed its best years.

Does capitalism still have to rely on racism?
Read More

Jeremy Corbyn’s leadership represented both a break and continuity with the status quo. Following his leadership election Corbyn headed straight to a rally in support of refugees.

But even he couldn’t escape the party’s contradictions. In 2017 Corbyn said that it would recognise migrants’ “contribution” but added migration needed to be “managed” to be “fair”.

And it ignored party members’ demands to defend and extend freedom of movement in its 2019 manifesto after clashing with then-Unite union general secretary Len McCluskey. McCluskey claimed that people living in “forgotten towns and cities” wanted a cut in immigration.

Many principled anti-racist voters and MPs still see Labour as a way to stand up to racist ideas. But Labour’s capitulation to right wing ideas and nationalism is telling. Some Labour leaders go along with it reluctantly. Some—like Starmer—embrace it.

In every case, it’s rooted in a politics that subordinates working class unity to nationalism and the national interest. We can expect even worse to come from Starmer.