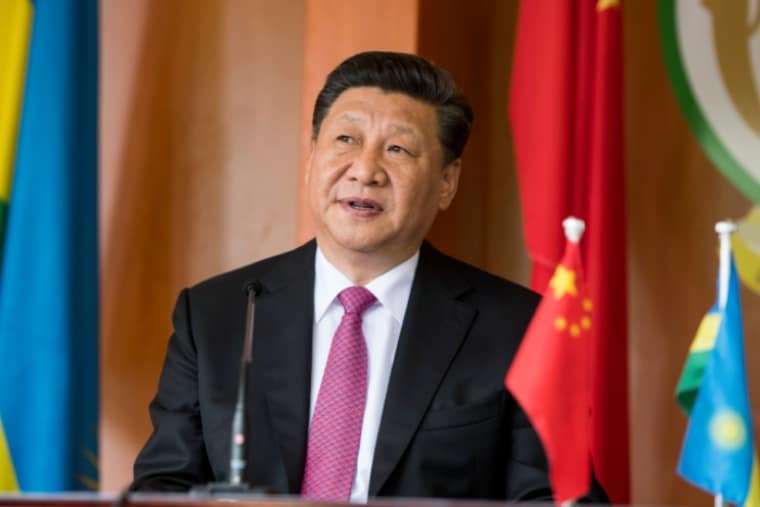 It looks as if Chinese president Xi Jinping’s zero-Covid policy is threatening to spark a political explosion. The lockdowns covering many major cities including parts of Beijing could soon affect 30 percent of output. They are causing widespread protests. The Chinese economy was already reeling under the impact of the collapse of the real estate sector.

Since the global financial crisis of 2007-9 investment in housing and in infrastructure, financed increasingly through all sorts of scams, has been the main driver of economic growth. But a government clampdown last year brought this house of cards tumbling down. There were hopes that consumer spending reviving after the pandemic might help fill the gap. Instead the zero-Covid policy has been causing increasing economic disruption.

It involves mass testing, reacting to any Covid infections by locking down affected areas, putting positive cases in government-supervised centres, and restricting travel in and out of China. Initially, zero-Covid looked good, especially compared to the negligent and murderous management of the pandemic by the likes of Donald Trump and Boris Johnson. The problem is that genuine zero-Covid is impossible to achieve.

This is partly because the SARS-CoV-2 virus, which killed over 18 million people in 2020-1 is, as Mike Davis put it, a “shape-shifter”. It can develop new variants by splicing together genes from different species. This makes it hard to achieve herd immunity, where enough people have been vaccinated or infected to slow down the spread of the virus. The proliferating variants, now versions of Omicron, are able to by-pass existing immunities.

It means vaccination is really important. Even if it doesn’t stop infection, it greatly reduces its impact. The two main Chinese vaccines aren’t mRNA-based like those produced by Pfizer or Modena, which target Covid’s protein spike.

There is widespread vaccine resistance among older people in China. Only 40 percent of the over-80s have received three vaccine doses. The health services are geared to enforcing the zero-Covid policy rather than getting everyone vaccinated. Bloomberg Intelligence said that abandoning the policy could lead to 363 million infections, 5.8 million in intensive care and almost 620,000 deaths.

So the Xi regime is caught in a cleft stick, and the lockdowns are making a bad economic situation worse. They are also increasingly unpopular, because people may be locked up in their homes for months with unreliable supplies. China’s privatised healthcare system is already highly politicised, with patients distrustful of doctors in cahoots with the drug companies.

Is the global economy slipping out of control?
Read More

Now the discontent created by zero-Covid has reached a new level. On Wednesday last week workers at Foxconn’s giant assembly plant in Zhengzhou clashed with riot police. They were protesting at the company’s failure to honour its promise to pay bonuses to freshly recruited workers who had to go into quarantine first. The plant assembles iPhones.

Then a fire in Urumqi, capital of Xinjiang province, killed ten people. The city has been in lockdown for three months, and zero-Covid was blamed for the deaths. Demonstrations began to spread across China, for example, to the main economic hub of Shanghai, which was locked down for two months in the spring.

Students were prominent in the protests, such as at Tsinghua and Peking universities in Beijing. Taisu Zhang, a Chinese academic at Yale University, tweeted, “The main reason why Chinese protests post-1989 and pre-2019 were local in nature (and therefore less threatening to the government) was that policy making was also largely decentralised. There was no national-level focal point that could mobilise protests across the major population centres.

“Covid control was arguably the first truly national-level policy that really had a salient impact on everyday life. While it worked, it provided perhaps the biggest boost to the state’s political popularity since the economic boom days (as recently as this January) …, but once it began to malfunction … well, what you’re seeing now is the outcome.” Xi’s options now are repression, concessions, or, most likely, a mixture of the two.