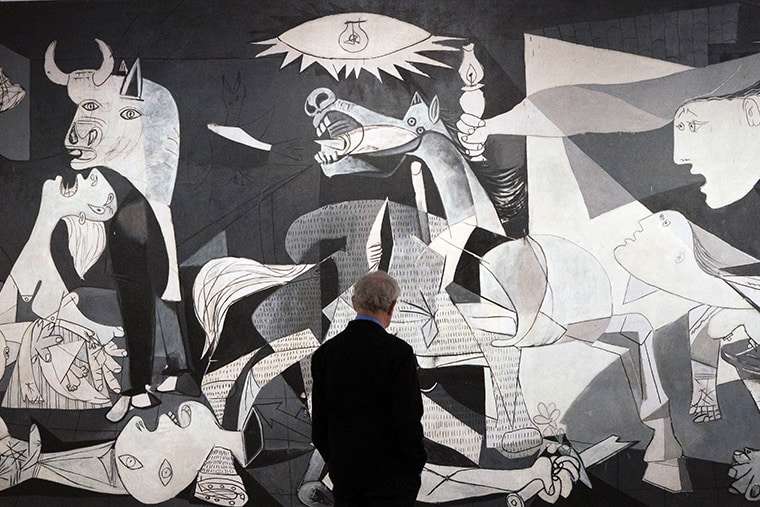 Historian Simon Schama explores the power of art as a force for change in a new TV series. His starting point is the struggle of the post-war generation to create a better world. He now sees these advances as under threat.

Schama argues that political content is best conveyed through emotionally evocative “stories” and that love and compassion matter. In Margaret Atwood’s novel The Handmaid’s Tale, love is a powerful and subversive force.

Schama’s key text on the Russian Revolution is Pasternak’s Doctor Zhivago, a novel hostile to the revolution. But love triumphs here too, as it does in David Hockney’s paintings of his naked lover—courageous at a time when homosexuality was illegal.

His worldview is of an East-West battle between totalitarianism and liberal democracy. He repeatedly references the war in Ukraine without once mentioning Iraq or any of the wars initiated by Western powers.

Schama focuses on author George Orwell’s time in the Spanish Revolution fighting with the revolutionary Poum. But he makes no reference to Orwell’s record of the time, Homage to Catalonia.

Instead Schama moves directly to Orwell’s dystopian novel 1984. He must be aware that the figure citizens are directed to denounce in the book’s “two-minute hate” scene is based on the treatment of revolutionary Leon Trotsky, exiled from Joseph Stalin’s Russia. But he doesn’t mention it.

There are some great moments. We see black writer James Baldwin completely routing right winger William F Buckley at Cambridge University in 1965 with the line, “I’m one of the people who built America.”

And there’s the electric moment when 150,000 people on the streets of Prague called for the dissident Vaclav Havel to become their new president. We also see right wing writers Hedda Hopper and Ayn Rand launching an astonishing attack on Charlie Chaplin for the “socialist propaganda” in his movies.

They wrote a “Screen Guide” insisting Hollywood films “not attack wealth as evil nor glorify failure.” America had to be represented by “ruthless heroes, not snivelling weaklings,” at a time when the right saw Hollywood as a threat and as a source of subversive ideas.

Schama relies too much on showing how artists have been persecuted in order to demonstrate that art has an impact. He shows that while individuals may be punished, the power of their work is impossible to destroy.

Surely it would have been useful to explore how things have changed for the better as a result of artistic intervention.

The key failing in these programmes is that they over-emphasise the lone artist instead of the dynamic relationship between artists and the movements for change they emerge from and influence. Nevertheless, there are great moments to look at and enjoy.

Simon Schama’s History of Now is on Sunday, 9:15pm and then on BBC iPlayer