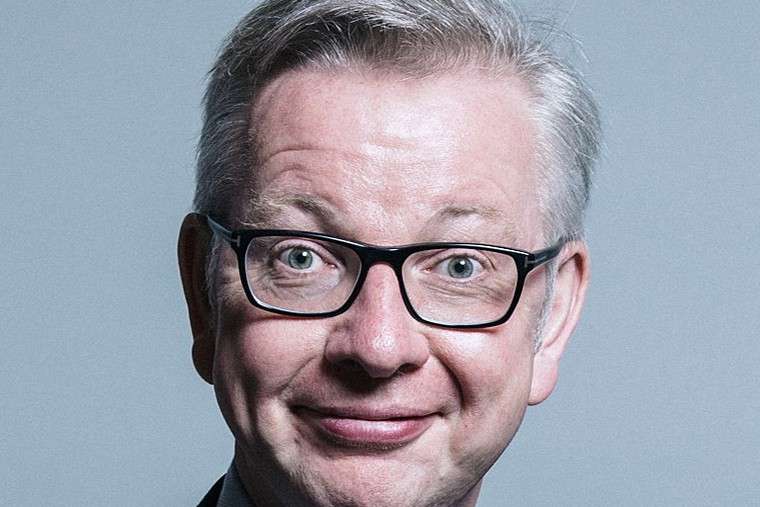 Michael Gove Minister for levelling up his mates?

Levelling up secretary Michael Gove is facing mounting pressure to fully explain his role in the government’s award of large PPE contracts to a company that was first recommended to him by the Tory peer Michelle Mone. Mone and her children secretly received £29 million originating from the profits of a PPE business that was awarded large government contracts. This was after she recommended it to ministers, documents seen by the Guardian newspaper indicate.

Mone’s support helped the company, PPE Medpro, secure a place in a “VIP lane” the government used during the coronavirus pandemic to prioritise companies that had political connections. It then secured contracts worth more than £200 million.

Asked in an interview last week how he had responded to Mone’s approach in May 2020, Gove said he had referred all offers of PPE to “the appropriate civil service channels”. That explanation appears to be at odds with a chain of emails previously released under the Freedom of Information Act. They shed light on how the company, PPE Medpro, was added to a “VIP” lane that prioritised politically connected firms.

The emails suggest that after initially being contacted by Mone, Gove suggested she contact another then minister, the Tory peer Theodore Agnew. She then did so, emailing Gove and Lord Agnew using their private, non-governmental email addresses to tell them about PPE that could be procured from “my team in Hong Kong”.

Agnew, who was then a minister in the Cabinet Office responsible for procurement, referred PPE Medpro to the VIP lane. “I hope this email finds you well,” Mone wrote to Agnew, copying in Gove, using their private email addresses. “Michael Gove has asked to urgently contact you. We have managed to source PPE masks through my team in Hong Kong,” she wrote.

Agnew replied from his personal email address, copying in the government email address of his private secretary. “Michelle, thank you for your kind offer. I am ­forwarding this into the appropriate PPE workstream with Dept of Health. They will ask you some basic questions on the details of the offer and then hopefully progress it from there. Best wishes Theodore.”

Water companies have been releasing sewage onto beaches and in rivers even when it is not raining, according to a report from Surfers Against Sewage (SAS). Sewage spills are only supposed to happen when it is raining so heavily that the system cannot cope with the amount of water and effluent being spewed at once.

However, there have been anecdotal accounts of local sewage outflows spilling human waste into local waterways even when it is not raining. Now, SAS claims that these “dry spills” are happening routinely, against regulations which stipulate outflows should only occur during “unusually heavy rainfall”.

Amy Slack, head of campaigns and policy at SAS, said, “Over the last year, the public has made clear their disgust at what’s happening to our rivers and seas, and yet water companies continue to pollute at will. It’s especially alarming to uncover evidence of potentially illegal activity by water companies in the form of dry spills, which are not permitted under current regulations. Shareholders and CEOs are unashamedly profiteering off pollution.”

According to data from The Environment Agency, sewage has been dumped into the ocean and rivers around the UK more than 770,000 times over the course of 2020 and 2021. That’s the equivalent of almost 6 million hours.

Scotland Yard has sacked only ten of the 412 police officers investigated for their allegedly abusive use of WhatsApp or social media sites such as Facebook in the past five years. The vast majority of the officers disciplined for their conduct were instead given written warnings while others were put on “reflective learning practice” or given “management advice”. About 3,000 Met officers are not fully deployable because of worries over their performance or problems with their physical or mental health. A further 500 are on restricted duties or suspended over accusations of serious misconduct.

The Ministry of Defence has spent almost a quarter of a million pounds of taxpayers’ money towing an aircraft carrier back to port for repair.  The cost of the repair is, as yet, unknown.  The £3 billion Prince of Wales warship broke down off the Isle of Wight in August, as it headed to the US from Portsmouth Naval Base. It was then pulled from Portsmouth to Rosyth in Fife—at a cost of £246,000.

The British-American Project (BAP), set up in the 1980s with US embassy funding amid CIA concern about ‘anti-American’ drift in the Labour Party, recently added senior Labour politicians to its secret membership rolls.

Labour says it is boycotting Qatar over human rights abuses. Last week Labour’s David Lammy who in June was paid by a former head of MI6 to attend the ultra-establishment Anglo-American Bilderberg forum in Washington, greeted the foreign minister of the dictatorship of Oman. So Labour denounces a tiny gulf dictatorship while shaking hands with a much larger gulf dictatorship. Badr Albusaidi from the Sultanate tweeted, “Glad to have a chance to review 200 years of Oman UK cooperation and friendship with Shadow Foreign Secretary David Lammy.”

Tories not taking the piss out of lorry drivers

The government’s multi‑million pound scheme to improve toilet facilities for lorry drivers, is entirely unspent after a year. In the 2021 budget the then chancellor, now prime minister, Rishi Sunak allocated £32.5 million to the Department of Transport (DfT) to match fund improvements for roadside facilities at service stations and truck stops for lorry drivers.

It was a response to the huge shortages of drivers that was causing such chaos. Following a freedom of information request by the Unite union, the DfT has admitted that a year after Sunak made the funding commitment, “No companies have as yet received funding from the scheme.”

The DfT admitted that despite the government promising to spend £32.5 million, this was actually over a three year period. Only £5 million was allocated for the current financial year. An extensive survey of drivers published last week by Unite revealed that 38 percent believe that access to toilets has got worse since the Covid pandemic.

‘By using the sick and dying as a battering ram to win a rise, nurses will hit an unforgivable low. Instead of a clap for carers let’s plan a jeer for carers’

‘If you look at a map of child mortality in the 1850s, and mortality during Covid, they are almost the same’