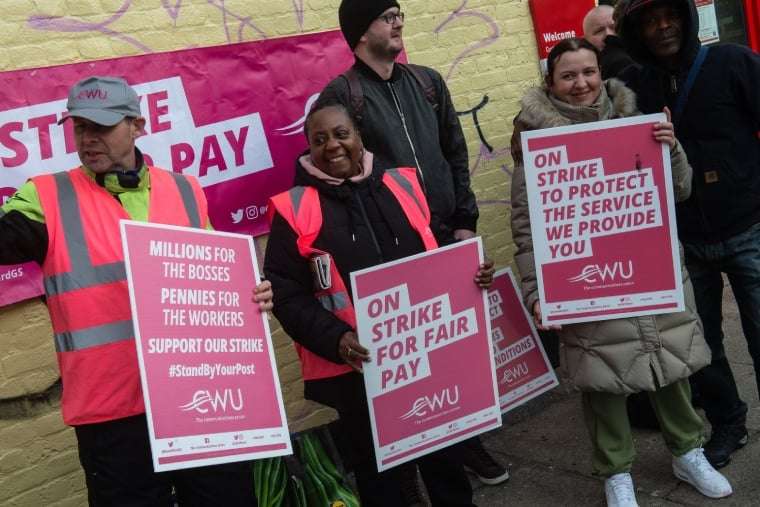 The Times newspaper has warned its ruling class readers about the potential of last week’s day of united strikes—“If Britain really is facing a new winter of discontent, it began in earnest yesterday,” it said. It went on, “If a new generation of union militants is to be believed, this is only the start.” Their fear needs to be turned into reality.

But it won’t be a pushover, because the Times also faithfully recorded the determination of the Tories and bosses not to give an inch. It insisted, “dancing to the tune of union barons who brook no compromise would set a painful precedent. Ministers must instead stand firm.”

There are two sorts of employers’ methods. Some bosses, such as those at BT, offer union leaders a way out with barely-changed offers that they can try to sell to their members to end the fight.

Others, such as those at Royal Mail who want the union broken, are hardening up. They are trying to use agency workers, and are targeting more and more activists with suspensions for allegedly using the word scab or retweeting something that the company doesn’t like.

Two universities threatened strikers they will be docked all of their pay “indefinitely” unless they reschedule cancelled classes. These attacks can’t be allowed to win. New forces are joining the pay fight, with NHS strikes coming in December as well as partial civil service action promised.

But our side just going on with the same methods won’t work. It’s urgent for people at the base of the unions to organise, push outwards, and try to link together. Concretely this means, for example, re-energising the strikes by driving forward participation by as many people as possible. Union reps should make a new push to involve strikers in picketing.

Strikers should demand to visit other groups of workers to call for physical support on pickets, financial backing, and support for rallies and marches. At the end of every picket, activists should hold meetings to discuss, for example, what action they can take—officially or unofficially—to stop intimidation and repression from bosses.

And local strike solidarity meetings should be used for activists to unite action from below. Rank and file members should step up the pressure for more mobilisations such as the march this week called by the UCU union and for Royal Mail strikers on 9 December.  And they should be built by activists across the unions, whether union leaders call for that or not.

The worst thing is for strikers to be left sitting at home, with all the pressures of management propaganda, the bills and the approach of Christmas. The strikes can win. But it’s urgent to step up action from the base of the unions.