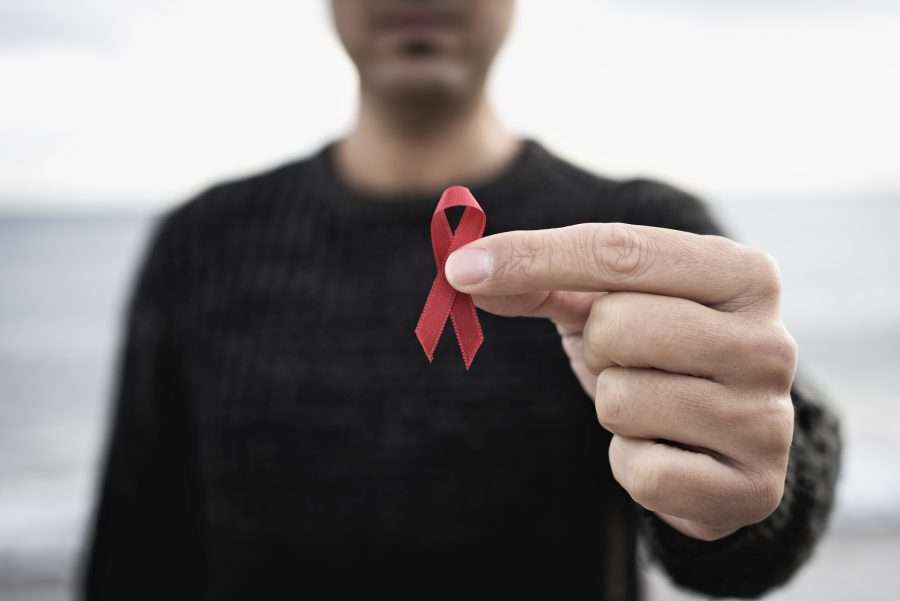 This World AIDS Day, what’s needed to end new HIV transmissions is political will – but by slashing sexual health funding, letting inequalities spiral, and forcing the NHS to its knees, the Tories are making clear they don’t have it.

Over £1 billion has been slashed from local councils’ public health grant, resulting in a 17% reduction in spending on testing for sexually transmitted infections, contraception provision and treatment over the last seven years. (nito100 / Getty Images)

For the past forty years, HIV has preyed on inequality and government inaction. The virus, which continues to have no known cure, disproportionately impacts communities at the sharp end of discrimination, including gay and bisexual men, transgender people, sex workers, people who inject drugs, and people of Black African heritage.

Governments around the world have set bold ambitions to end the HIV/AIDS epidemic by 2030, including in the UK. But as we mark this year’s World AIDS Day, Britain has a health inequalities crisis unfolding, worsened by spiraling cost of living and growing poverty—and as a result, progress in HIV risks coming to a shuddering halt.

The latest statistics from the UK Health Security Agency reveal that there are still around 30 people diagnosed with HIV every month in England. That’s despite the fact that we have every tool at our fingertips to halt new HIV transmissions in the UK, and to help to tackle it on a global scale. HIV testing can now be done in a matter of minutes; the anti-HIV drug, PrEP, is up to 100% effective at preventing HIV infection; and HIV treatment suppresses the virus so someone living with HIV can’t pass it on.

But science can only do so much of the heavy lifting. It’s the political decisions made in Whitehall that ultimately set the course for the HIV epidemic.

The period 2010-2020 has been described as a lost decade in terms of the nation’s health. Life expectancy as a whole stalled, while the gap between the life expectancy of the poorest and the richest grew. Tory ministers spent those years presiding over cuts which have left our public services in crisis, and ministers have also cut a chunk from the UK’s contribution to the Global Fund which works to end AIDS, tuberculosis and malaria across the world and is estimated to have saved 50 million lives.

In particular, funding for sexual health services, which form the bedrock of the national HIV response, has been cut to the bone. Over £1 billion has been slashed from local councils’ public health grant, resulting in a 17% reduction in spending on testing for sexually transmitted infections, contraception provision and treatment over the last seven years. In the same period, demand for these services has grown—leading the Local Government Association to recently warn that sexual health services are now at breaking point. The number of people diagnosed with HIV who have become lost to care jumped by 20% between 2019 and 2020, a problem which can also be attributed to poverty and poor access to support services.

One of the most sobering consequences of these cuts is the scandal of people still being unable to access PrEP, despite the drug becoming available on NHS prescription more than a year ago. Even this level of provision only happened after a legal battle, during which NHS England was accused of fanning the flames of homophobia.

A recent community survey by a group of HIV charities found that two thirds of people who want to access PrEP are unable to, with the most common waiting time for an appointment at a sexual health clinic being twelve weeks. Meanwhile, access to PrEP among women—who account for around three in ten new HIV diagnoses—is barely a handful in each local authority. People are being pushed from pillar to post when they are trying to look after their health and the health of others. It’s a battle with a public health system in critical condition.

Similar things have been happening across other public health outbreaks, too. As of October, there have been around 3,700 cases of mpox—until recently known as monkeypox —in the UK. Despite the World Health Organisation describing mpox as a public health emergency of international concern in July, ministers sat on their hands and refused to procure additional vaccines, a gross act of neglect that left many gay and bisexual men—the populations most at risk of the virus—facing the outbreak on their own.

The result was hundreds of people lining the streets outside sexual health clinics after getting tip-offs on social media about where they might be able to get the vaccine. This was a total abdication of responsibility by the government in the face of a public health emergency and should have been a disgrace. Common sense did eventually prevail, and additional vaccines were procured, but not before HIV and sexual health activists stepped in where ministers had left the stage—and not before the embarrassment of the UK’s largest HIV and sexual health charity, Terrence Higgins Trust, withdrawing its support from the government’s ‘lacklustre’ mpox public health information campaign.

Rising inequalities, government neglect, and a public health system on its knees is a perfect storm for the undoing of the hard-fought health wins secured in recent decades. But the current situation is also a reminder that those wins were usually secured despite, not because of, the foresight of governments.

Examples abound. The Gay Men’s Health Crisis (GMHC) was founded in New York forty years ago this year, at a time when president Ronald Regan refused to even recognise the unfolding AIDS epidemic, and would not until years later. GMHC stepped in where politicians failed, providing crisis counselling, legal aid, a buddy system, and social workers. That same spirit of activism is still alive and thriving, from Prepster offering free mpox vaccines at this year’s Black Pride, in recognition of the racial inequalities faced by gay and bisexual men of colour, to the trans-led sexual health service CliniQ providing support and advice for transgender and non-binary people, to the Sophia Forum championing the voices of women living with HIV, who are often invisible in HIV messaging and campaigns.

All these campaigns are vital—and as has been the case for the last four decades, it will be the activists and people impacted by HIV who make change, not the governments who stand in their way. But that is not a reason to absolve the government of responsibility for the decimation of our sexual health services and an NHS on its knees. Ending new HIV transmissions is a laudable goal, and our politicians have the means. They need only the will.