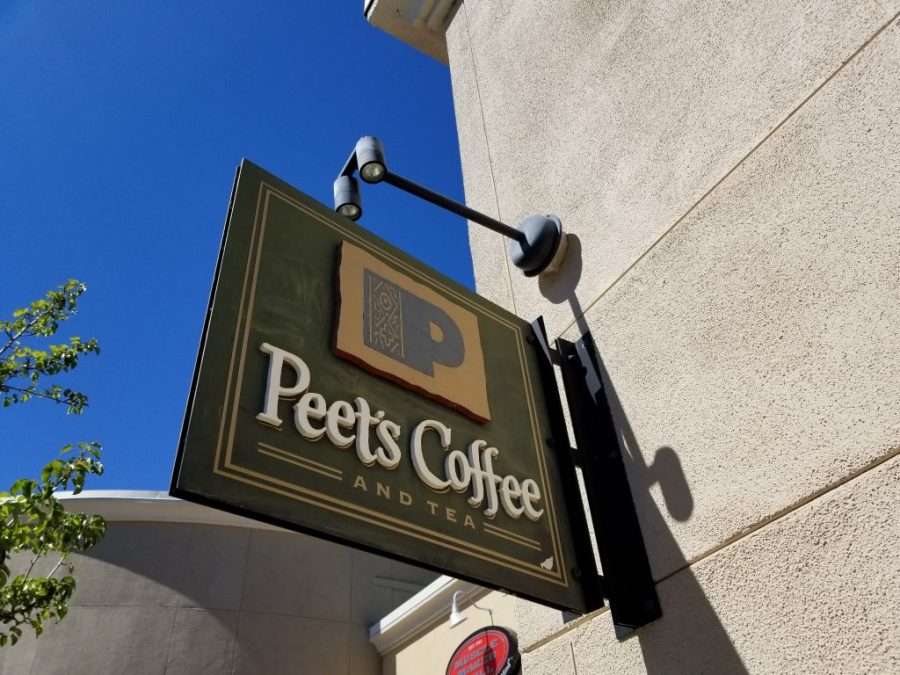 It’s not just Starbucks anymore: workers at two California Peet’s Coffee stores announced their intention to unionize. The worker-driven model at the heart of Starbucks Workers United is spreading.

On Monday, workers at two Peet’s stores in Davis, California, petitioned for National Labor Relations Board (NLRB) union elections with Workers United, the same union organizing baristas with Starbucks Workers United (SBWU). Both stores reportedly have near unanimous support, so they will likely become the chain’s first unionized corporate-owned stores. This is the latest surge in an ongoing wave of barista organizing that started with Gimme! Coffee workers in Ithaca in 2017, then expanded to SPoT Coffee in Buffalo and Rochester in 2019, Pavement Coffee in Boston and Cambridge and Colectivo Coffee in Milwaukee and Chicago in 2021, before the first historic union victory at Starbucks in Buffalo, New York, on December 9, 2021.

Two things stand out about the Peet’s organizing effort: the company’s opportunity to choose a different path from the aggressive union busting carried out by other coffee chains, and the promise of SBWU’s replicable model based largely on the dynamism of dozens of grassroots worker organizers.

Peet’s Could Become a Labor Relations Model for the Industry

Peet’s could choose to become the first major coffee chain to respect its workers’ right to unionize.

As soon as the Starbucks campaign went public in August 2021, its workers asked corporate to respect their free choice and sign the “Non-Interference and Fair Election Principles,” which would have given workers the chance to vote for unionization free from corporate intimidation. The principles state:

Instead of signing the Fair Election Principles, Starbucks corporate decided to run a scorched–earth anti-union campaign: it has fired dozens of pro-union workers, cut hours to drive out thousands more, unlawfully withheld wage and benefit increases from workers attempting to organize, closed unionized stores, and committed hundreds of other unfair labor practices.

In contrast, the fledgling Peet’s union campaign provides an opportunity for management to sign the union’s Fair Election Principles and thus set an example for the entire sector, as well as set themselves apart from Starbucks’s lawlessness as a company that respects its workers’ right to choose a union. Peet’s “Human Rights Policy” states that it is committed to several global labor standards that include the right to organize, and that it “respects employees’ legal rights to freedom of association and collective bargaining.”

Starbucks’s unlawful union-busting activities have contradicted its own code of conduct for suppliers, which states that “suppliers must recognize and respect the right of workers to freedom of association and to bargain collectively. Workers must not be subject to intimidation or harassment in the exercise of their right to join or refrain from joining any organization.” Peet’s now has an opportunity to show what it means to live up to its professed corporate values.

Moreover, with more than two hundred of its over three hundred corporate-owned stores (employing almost five thousand workers) based in deep-blue California — and other stores in Oregon, Massachusetts, Washington, and Illinois — Peet’s almost certainly has an even more liberal customer base than Starbucks. According to polling evidence, Starbucks customers overwhelmingly support its workers’ fight to unionize. Signing the Fair Election Principles would provide an opportunity for Peet’s to distinguish itself from Starbucks, negotiate not only a contract but also a peace treaty with Workers United, and grow its customer base by marketing itself as a union-friendly establishment.

In doing so, they would set a similar example on a larger scale to SPoT Coffee’s signing of the Fair Election Principles and reversal of its initial anti-union actions, deciding to grow their business with the union by including organizing rights in the union contract and voluntarily recognizing the union at new café locations.

Moreover, Peet’s signing the Fair Election Principles could be a potential game changer for worker efforts to unionize the industry. It could increase pressure on other coffee chains, including even Starbucks, to stop unlawful union busting and respect workers’ right to organize.

Of course, bosses aren’t stupid. They understand that there are potential business opportunities in choosing to be union-friendly employers. But they also tend to see their ability to maintain an iron grip on their company — free from any kind of democratic input from workers on everything from pay and benefits to the nature and pace of day-to-day work — as more important than anything else. Still, Peet’s doesn’t have to choose lawbreaking and union busting, and the company could be rewarded for such a choice.

Peet’s Shows the Effectiveness of the Starbucks Organizing Model

SBWU-style organizing arguably provides the most promising replicable model for any potential revival of private-sector unionism. The campaign has successfully combined the grassroots dynamism of dozens of “partner-organizers” around the country with a relationship with an established union. Workers United has been willing to take on the risks of organizing the service sector while giving baristas sufficient elbow room to assert their campaigns’ unique identities. These campaigns have flourished thanks to the sound advice and strategic decision-making of experienced organizers, as well as the use of Zoom and other technology to mentor new worker activists.

SBWU began as part of a larger strategy of Workers United in upstate New York to organize the entire coffee industry and raise conditions across the board. With the spread of the campaign from Starbucks to Peet’s, that strategy has gone national — made possible, in part, by SBWU’s innovative “partners on point” system, whereby worker organizers are trained to take on the role of mentoring new stores through their organizing campaigns.

SBWU partner-organizers such as Tyler Keeling, who has worked at the Lakewood and Long Beach stores, among the first in the state to unionize, in April 2022, have gone from organizing other Starbucks stores in California to organizing baristas at other companies as part of a food service sector mobilization. Moreover, the worker activism at Peet’s shows the Starbucks campaign’s ongoing ability to inspire workers (especially young, college-educated, often LGBTQ workers). The campaign has developed a group of union organizers who will likely continue to build the labor movement for years to come.

Better Living Through Caffeine and Unions

If Starbucks partner-organizers, with the backing of Workers United, can help provide already willing workers with the tools they need to organize successfully, belonging to a union could soon become just another characteristic of being a barista. And if a meaningful private-sector union revival were ever to happen, it would likely require dozens more organizing campaigns like SBWU’s.

The fact that Peet’s workers are organizing is an important step in that direction. Let’s hope other coffee workers soon follow suit.