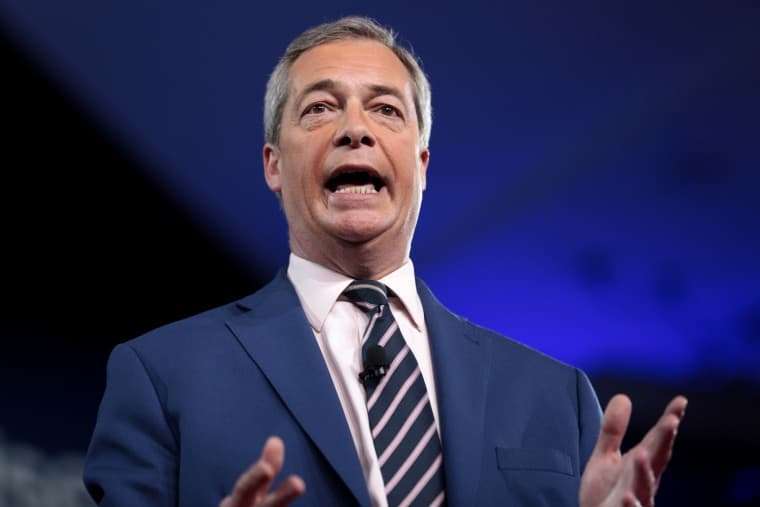 Nigel Farage is trying to stir up racist division

News channels and social media platforms have recently been plagued with notable racist politicians, such as Nigel Farage, claiming London, Manchester, and Birmingham are all minority white cities. This comes after the Office of National Statistics (ONS) released results from the 2021 census.

It showed that 82 percent of the residents of England and Wales identify as white. This was down by less than 5 percent from when the census in 2011. Right wingers are using a slight decrease in those who identify as white to whip up racism and scapegoat migrants in particular.

The idea that migrants and black and Asian people will outnumber white people is a scare tactic that has been used for some time. It’s plays on the idea that whiteness binds all white people together wherever they are from and must be preserved at all costs.

And, of course, this idea of “whiteness” is bound up with the false idea of Britishness to the right. In 1968 Tory shadow defence secretary Enoch Powell made his infamous “Rivers of Blood” speech. He claimed that immigration meant that “In this country in 15 or 20 years, the black man will have the whip hand over the white man.”

Powell’s ideas were not openly adopted by the Labour  government or the even the Tory party. Powell was sacked from his post. But the idea that migrants undermine the cohesion and collectivity of society certainly has remained. Racists pushing the line that white people will become a minority in the West have gained traction among some politicians—many of them citing the far right great replacement conspiracy theory.

This claims a group of elites—and its often hinted or explicitly said they are Jews—is forcing European populations to be demographically and culturally replaced with non‑white people. It’s also said these come from Muslim‑majority countries. In 2011 Marine Le Pen, leader of the fascist French National Rally party, said France’s “adversaries” were waging war on the country “to deliver it to submersion by an organised replacement of our population”.

Liberal and social democratic politicians, instead of combatting this hatred, have sometimes moved towards it to win votes.

‘British values’ are a myth that serves the bosses
Read More

The sharp end of the theory sees fascists marching chanting, “Jews will not replace us” in Charlottesville, 2017. And it fuels white supremacist attackers, including the Christchurch Al Noor Mosque shooter in New Zealand who killed 51 people in 2019. These same dangerous racist ideas are fuelling the likes of Nigel Farage here in Britain.

A just over 1 percent drop in the use of the English language in England or Welsh in Wales compared to 2011 has been used to say migrants are failing to integrate.  Racists try and suggest these groups are rejecting so-called British values that if they live here, they must sign up to.

In actuality, those in power create even more barriers for migrants to, as they call it, integrate. Because of systemic racism, migrants are often pushed to live in some of the most deprived, underfunded, overcrowded areas.

They are often forced to work in different jobs than the general population. Banding together as a group is sometimes the only way to survive such conditions. The right says they want to preserve the English language and culture. But they still seek to cut services such as translation services and university courses that teach English as a foreign language.

And despite the sensationalist headlines, cities such as London, Birmingham and Manchester aren’t so separated by racial lines. The ONS figures show that London and Manchester are not less than 50 percent white.

The biggest divide in all of those cities is between the rich and the poor. More broadly, the most significant divide in Britain is between these two groups.  Changing demographics in Britain might mean a lot to the right, but it shouldn’t to socialists.