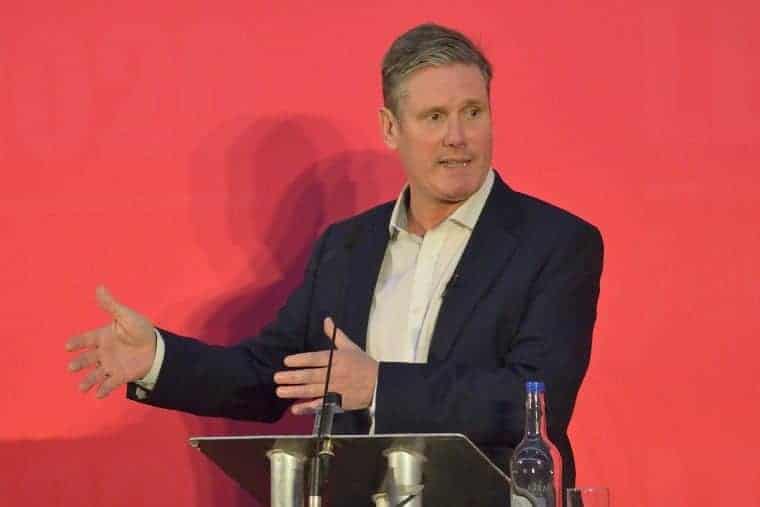 Keir Starmer offers nothing to working class people once again

‘People know Britain needs change. But they are never going to get it from the Tories,”  said Labour Party leader Keir Starmer on Monday.  He denounced those who “think the only route to prosperity is to make the rich richer and hope that somehow it trickles down to anyone else.”

Was Starmer finally going to say something meaningful about the social crisis in Britain? Something that promises to put an end to years of austerity and Tory rule, where the twin attacks of rising prices and low wages are only the latest way of making us pay for a crisis?

Something that taps into the deep-seated bitterness that has built up over decades of assaults on living standards, and the public services? The same bitterness that now underpins a wave of strikes and the Tories’ crisis?

“Is it any surprise that people up and down the country are crying out for a new approach?” he asked. But then he wheeled out Gordon Brown. Brown’s defining legacy is that he helped the rich get richer as Tony Blair’s chancellor, then launched more austerity as prime minister in 2009. Something tells us he’s not the sort of person you’d look to if you really wanted to deliver a “new approach.”

Instead, their “transformative” plan—in a dry, lengthy document—was nothing more than a series of tepid, wholly uninspiring moves to transfer some powers to regional authorities and governments. Starmer seems to know that deep pool of bitterness are there, and that decades of the sort of free market policies championed by Brown have left some parts of Britain more impoverished than others.

But in a Labour Party so committed to business—and the ability of the British state to facilitate business—he has no real answer. He’s even frightened of his own fake radicalism. He’ll hint at more devolution to Scottish and Welsh assemblies—so long as it doesn’t mean independence and the break up of the British state.

Starmer will talk—as Labour politicians have done for 100 years—of abolishing the House of Lords. But he won’t actually say if he’ll do it or not.

People are right to feel angry at Westminster. It’s true that the people who run things there—the politicians and the top civil servants—have no care for the lives of ordinary people.

Starmer’s great plan is so uninspiring because it doesn’t touch any of that.  Instead of the Westminster government passing on cuts, there’ll be local authorities and assemblies passing on the same.

Instead of businesses and bosses profiting from services and contracts farmed out by central government, they’ll find new ways to do it regionally instead. People do need change, and we’re never going to get it from the Tories. But we won’t get it from Labour either.