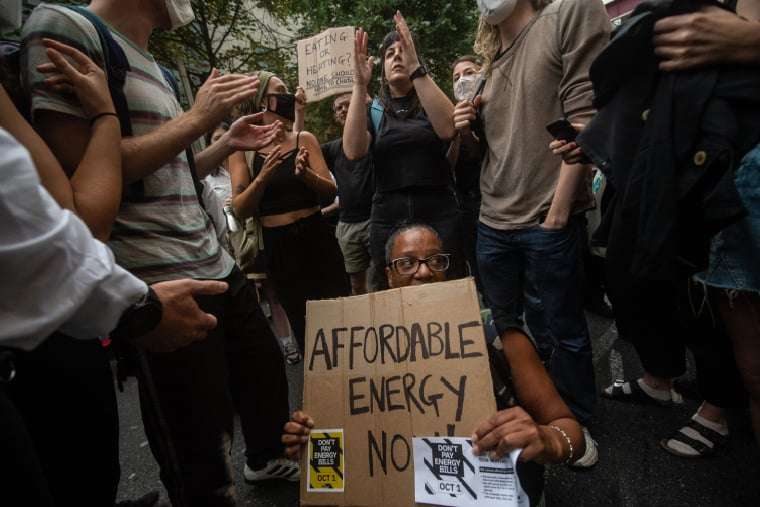 Far from going away, the energy crisis is beginning to bear down in a bitter winter of misery for much of Britain. Those on prepayment meters—often the poorest and coldest people—have been treated even worse than the rest. People who pay their energy bill by direct debit get the £66 monthly ­government subsidy given to them automatically.

This Energy Bills Support Scheme began in October and is due to continue in its current form until March next year. The current scheme doesn’t go far enough, because it allows firms to charge ­astronomical fees for providing energy. And eventually it’s likely to be clawed back into the public coffers through ­raising taxes.

But even this meagre amount is hard for some people to access. Those who don’t pay by direct debit have been left shivering. Some 2 million people on prepayment meters should be receiving a voucher in the post. Yet many are yet to see it arrive on their doorstep. An estimated 1.3 million vouchers, worth £84 million, for homes with prepayment meters have been either lost, delayed or unclaimed.

PayPoint, which ­administers much of the energy top-ups, are saying as much as 75 percent of the vouchers could be unclaimed in the month of November. Some people are likely to be holding on to vouchers so they can be used when the temperature sinks to its lowest in mid-winter. But PayPoint is warning people that the vouchers only have a three-month validity, so need to be used soon.

Charities are blasting the government because they warned before the rollout of the scheme that it would cause exactly this problem. Matt Copeland from the National Energy Action ­charity said, “Unfortunately we saw this coming. We knew from past experience that this would happen. Not enough has been done to ensure we have a better outcome.”

He explained that not everyone was aware of the scheme, and people in debt to energy companies might be reluctant to open letters that look like bills. The charity estimates that some 8.4 million households could be in fuel poverty from April, which is when the government’s cap of gas and electricity prices is ending.

From then, the annual energy bill cost for an ­average household will soar to £3,000. The government’s handling of the energy bill crisis is based on its ­prioritising the interests of private firms. They are hoarding vast profits while ordinary people suffer. Any serious challenge to the horrors facing the millions shivering will mean taking on the tyranny of fossil fuel firms

The Social Market Foundation said some 3 million households will spend more than 10 percent of their income on heat and light if energy bills remain at £3,000. And it said some 12 million households face crisis-level energy costs with bills at current levels. It demanded action for some 7.2 million people who are struggling to heat and eat, but don’t qualify for additional welfare support such as Universal Credit.

The report, commissioned for the Citizens Advice, called for major investment in better insulation in homes and a long-term approach to energy bill support. Dame Clare Moriarty, chief executive of Citizens Advice, said, “With huge energy costs here to stay, it’s absolutely vital support continues to reach those on benefits. But this research shows the government must also come up with a clear plan to ensure people in need don’t fall through the cracks of current support measures.”