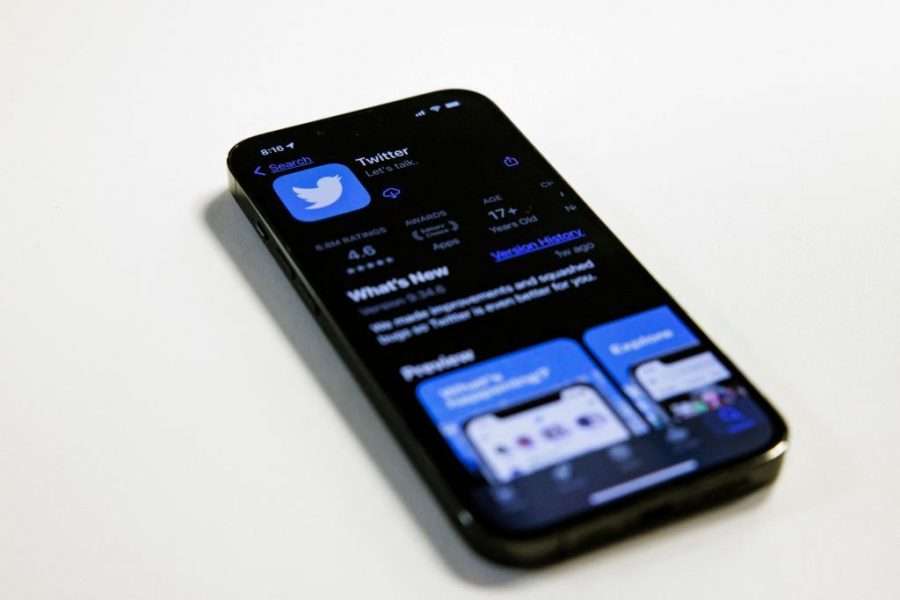 Regardless of what you may think about Elon Musk or Matt Taibbi, the “Twitter Files” offer a behind-the-scenes look at how the firm embarked on an act of unprecedented press censorship — and that should make us very uneasy.

The 2020 Hunter Biden laptop snafu was one of the truly shocking acts of press censorship in recent memory, when tech platforms decided to simply suppress a legitimate story from the New York Post that shed more light on Hunter Biden’s involvement with Ukrainian gas giant Burisma and the possible connection to his father, then Democratic candidate Joe Biden, something Republicans hoped would be an election-deciding “October surprise.” Last Friday, we got a peek behind the curtain at the behind-the-scenes deliberations at Twitter at the time, thanks to an orchestrated leak of emails billionaire Twitter CEO Elon Musk made to journalist Matt Taibbi.

The emails purport to show how Twitter higher-ups “freelanced” the decision to block the New York Post story without the weighing in of either the government or of then-Twitter CEO Jack Dorsey. Taibbi says that by 2020, “requests from connected actors” — specifically, the Biden campaign and the Donald Trump White House — “to delete tweets were routine,” though the screenshots provided only show Biden’s team and the Democratic National Committee requesting the removal of Hunter’s explicit personal photos.

But most scandalously, the select email screenshots shared by Taibbi on Twitter, where the story was reported, appear to show these higher-ups debating not whether they should or shouldn’t suppress the story and the press freedom implications of doing so, but which post hoc justification they should use to sell this censorship to the public.

“I’m struggling to understand the policy basis for marking this as unsafe, and I think the best explainability argument for this externally would be that we’re waiting to understand if this story is the result of hacked materials,” wrote the company’s then US policy communications manager, Trenton Kennedy. “We’ll face hard questions on this if we don’t have some kind of solid reasoning for marking the link unsafe.”

“Will we also mark similar stories as unsafe?” asked Katie Rosborough, pointing to a separate Fox News report about the laptop and its contents.

“The policy basis is hacked materials,” Twitter’s trust and safety chief Yoel Roth told the group, while cautioning it was “an emerging situation where the facts remain unclear.” When asked what exact warning would come up, Roth replied it would be a “generic unsafe URL message,” which was “not ideal, but it’s the only thing we have.” Ian Plunkett, Twitter’s then director of global policy communications, also weighed in, urging the company to stress “we’re proactively cautiously interpreting this through the lens of our hacked materials policy,” even as then vice president of global communications Brandon Borrman questions: “Can we truthfully claim that this is part of the policy.”

In other words, Twitter’s executives had no idea if the laptop was hacked or not, or if the “hacked materials” policy was appropriate here, but they decided to use it to justify suppressing the story anyway. And Roth ended up being correct: the material was not hacked, but rather had been passed on to Republican operatives by the laptop repair store owner who Hunter Biden had left his computer with. It all looks like Twitter executives — whether due to their own political biases, a fear of the backlash if they were perceived to have helped Trump win the election, or multiple factors — were fishing around for an excuse to justify a course of action they’d already decided on for reasons that had nothing to do with the facts of the case.

This is all deeply disturbing. At least in theory, the “content moderation” policies of Twitter and other tech platforms — which can and do wreak havoc on struggling, often left-wing independent news outlets and voices — are meant to be carried out according to rules that are balanced, reasonable, and predictable. Instead, it now appears that if a story is politically sensitive enough, Twitter executives feel entitled to take unprecedented steps to kill its reach based solely on their own personal feelings, a tactic that didn’t totally work here owing to the Post’s high-profile status, but could easily succeed in a different set of circumstances with a less prominent media outlet.

This is nothing to celebrate just because in this case it happened to serve the purpose of kicking Trump out of power. There’s no guarantee Twitter’s upper ranks will forever be populated by liberal types, and if there was, there’s no guarantee they would see eye to eye with the rest of us on a host of hot-button political issues. If one day in the future we have a presidential run by, say, a Senator Ocasio-Cortez, do we really want Twitter executives suppressing a story damaging to her corporate-friendly opponent because they prefer his tax policies?

All Roads Lead to Censorship

Even more disturbing is the attitude of Democrats polled at the time by Carl Szabo of internet trade association NetChoice, who passed on his findings to Twitter’s head of public policy.

After an informal meeting with nine Republican and three Democratic staffers from the House judiciary committee to discuss the matter, Szabo relayed that Democrats viewed the controversy as a reason Twitter should actually be doing more censoring.

“It doesn’t moderate enough harmful content so when it does, like it did yesterday, it becomes a story,” states the email. “If the companies moderated more, conservatives wouldn’t even think to use social media for disinformation, misinformation, or otherwise.” When the Democrats were pushed on how the government could push for that without violating the First Amendment, their reply, according to Szabo, was that “the First Amendment isn’t absolute.”

The only one who comes off remotely well here is Rep. Ro Khanna (D-CA), who according to Taibbi — and based on the snippets of the emails we’re shown — is practically the only person to mention that this all “seems a violation of the First Amendment principles.”

“[T]he story now has become more about censorship than relatively innocuous emails and it’s become a bigger deal than it would have been,” Khanna, who represents many Silicon Valley companies in his California district, warned Twitter’s legal chief, pointing to a renewed push to repeal social media platform’s protections from lawsuits. “[I]n the heat of a presidential campaign, restricting dissemination of newspaper articles (even if NY Post is far right) seems like it will invite more backlash than it will do good,” he wrote.

Unfortunately, the reception of the revelations among the very quarters that should most see this as a threat — news reporters, including progressive and leftist ones — has been more in line with the attitude of the Democratic staffers polled above than that of Khanna.

Much of the response has focused on the fact that Twitter executives chose on their own, and not at the prodding of the government, to censor the Post story, meaning that “there’s no possible First Amendment violation.” But the idea that civil liberties violations are only a concern if they come from the government and not corporations is one that fits naturally with the worldview of right-wing libertarians, not that of anyone left of center, since the Left well understands that repression is just as likely to come from private actors as the state and is just as outrageous when it does.

It’s also not true to claim that the government has been uninvolved. While government officials may not have directly called on Twitter to censor the Post in this particular case, the company’s scramble to suppress the story comes after years worth of Congressional hearings and threats from lawmakers pressuring tech companies to become more aggressive censors. Just last month, a spate of documents revealed how intimately involved government agencies are in shaping and propelling these private censorship regimes, even if they’re not directly ordering what exactly should and shouldn’t get suppressed (though, to be sure, that does happen as well).

The emails suggest Twitter executives were acting at least partly out of terror of being blamed for helping Trump win. “Given the SEVERE risks here and lessons of 2016, we’re erring on the side of including a warning and preventing this content from being amplified,” Roth told his colleagues.

The Democratic staffers likewise made the 2016 connection. “[Tech companies] let conservatives muddy the water and make the Biden campaign look corrupt even though Biden is innocent,” the Democrats said according to Szabo’s email. “They linked this Hillary Clinton’s email scandal: she did nothing wrong but because the press wouldn’t let the story go, it became a scandal far out of proportion.”

The return to 2016 is fitting, since WikiLeaks’ release of hacked Clinton emails that year (which were separate from the State Department email scandal the Democrats reference above) is largely what spurred this push for tech censorship, with Twitter in particular coming under pressure from Congress to do more specifically about hacked material that could sway an election.

But what’s missing in all the talk of the “lessons of 2016” and current discussions about whether or not it was reasonable for Twitter to believe the Post’s laptop reporting was based on hacked information or not is a simple thing: that this is all irrelevant. So much critical reporting — from the Vaza Jato logs that freed Brazil’s president-elect, Lula da Silva, to (allegedly) the tax evasion documents that revealed Vladimir Putin and other leaders’ vast, ill-gotten wealth, to, yes, the many scandals revealed in WikiLeaks’ 2016 email dump — is “hacked material.” Rep. Khanna probably put it best in his email to Twitter:

If there is a hack of classified information or other information that could expose a serious war crime and the NYT wants to publish it, I think the NYT should have that right. A journalist should not be held accountable for the illegal actions of the source unless they actively aided the hack. So to restrict the distribution of that material, especially regarding a presidential candidate, seems not in keeping of the principles of NYT v Sullivan.

There are real questions and criticisms to be made about this story, like: What conditions (besides reporting the story out on Twitter) did Taibbi agree to to get these emails? Why is Musk only sharing them with one other person, and right-wing censor-scold Bari Weiss of all people? And when, if ever, will they be made publicly available, given the need to verify the serious claims being made, and the high public interest in this matter?

But this is different from ignoring or outright dismissing the very real and serious press freedom implications here, to instead fixate on the personalities involved in getting the story out to the public.