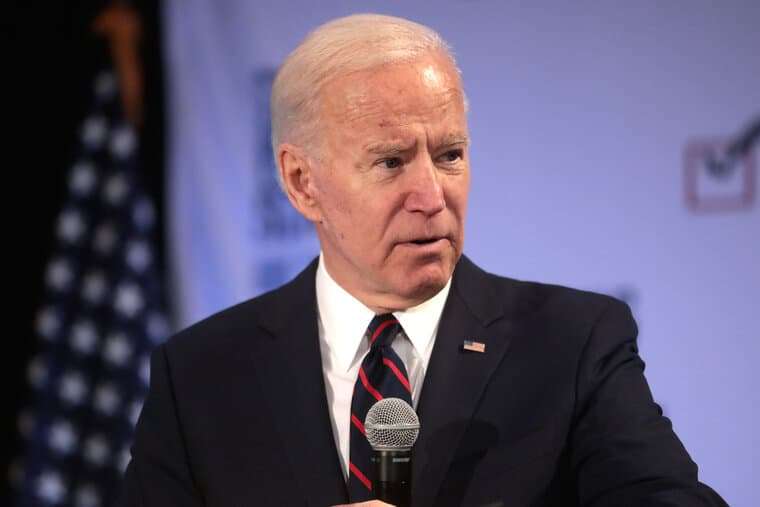 Many people must have been relieved when US president Joe Biden said last week, “I am prepared to speak with Mr Putin if in fact there is an interest in him deciding he is looking for a way to end the war.” But it was a good example of when a politician says something meaning something quite different.

There is no sign that the rulers of either Russia or Ukraine have any interest in negotiations at the minute. Both seem intent on improving their position on the battlefield. Probably, when—or if—the time comes, the US will have to pressure Ukraine into talking. But, again, there’s no sign of this happening now.

To understand why Biden said what he did you have to look at the context—a joint press conference in Washington with French president Emmanuel Macron. The two big powers in the European Union—France and Germany—do not share in the war frenzy gripping the Baltic states.

They are definitely part of the anti-Russia coalition, but they want a speedy return to the pre-war status quo. German chancellor Olaf Scholz recently said ending the war would permit the restoration of “the agreements… which were the basis for peace and security order in Europe.” Biden’s attitude is quite different.

Pouring heavy weapons into Ukraine and intensively training troops is intended to shift the European balance of power and “weaken” Russia. This is what defence secretary Lloyd Austin set out a few months ago. For the US, the real threat is China.

The Biden administration’s new National Security Strategy makes this clear, “Russia and the PRC [China] pose different challenges. Russia poses an immediate threat to the free and open international system… as its brutal war of aggression against Ukraine has shown. The PRC, by contrast, is the only competitor with both the intent to reshape the international order and, increasingly, the economic, diplomatic, military, and technological power to advance that objective.”

Biden sought to reassure Germany and France that he hasn’t turned into Dr Strangelove and that he will, when the time comes, negotiate with Putin. But he wants to brigade the Europeans together against China.  The chosen instrument of this strategy is Nato. Edward Luce of the Financial Times points out that it’s only three years since Macron called Nato “brain-dead”.

Now it’s at the forefront of the US’s mobilisation. “Nato was invented for the Cold War. Now it is being reinvented for a new Cold War. With some success, America is pressing its European Nato counterparts to toughen up their vigilance of China. The implied quid pro quo is stark—‘We’re helping you with Russia, you help us with China’… Leading Nato allies, such as France, the UK and the Netherlands, are stepping up their Indo-Pacific presence. Non-Nato allies such as Australia and New Zealand increasingly look like de facto Nato members.”

Last week Nato’s supreme body, the North Atlantic Council, met in the Romanian capital, Bucharest. It discussed an island far from Europe—Taiwan—which China claims as part of its territory. Since House speaker Nancy Pelosi’s highly provocative visit there in August, elements of the US military have been talking up the possibility of an imminent Chinese invasion.  Meanwhile, US allies closer to the potential conflict are feeling decidedly queasy.

According to a report by Nikkei Asia from a recent meeting of the Asia Pacific Group of the Western thinktank the Trilateral Commission, “If the Tokyo gathering demonstrated anything, it is that Asia’s elites are nervous that the world is heading in the wrong direction, fuelled by the intensifying competition between the US and China. “And the problem, in the view of many of the participants, is America… it’s the US penchant for exporting its ideology that is the main concern for many.” In other words, the US’s drive against China risks alienating rather than rallying its allies.