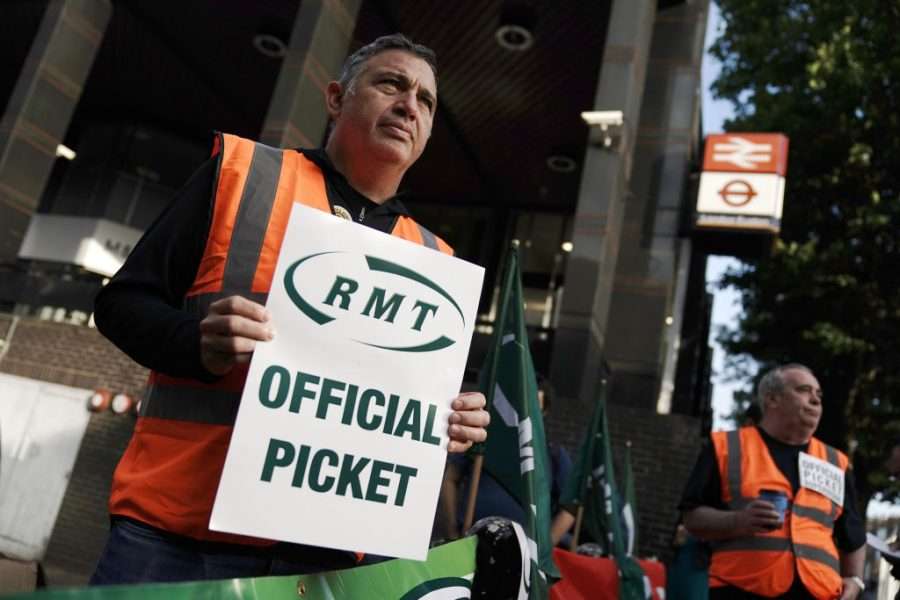 Britain’s Conservative government has proposed a law that would effectively conscript public sector unions into breaking their own strikes. Yet Labour Party leader Keir Starmer has not committed to overturning these laws should his party win the next election.

Yesterday, attending an event with business leaders, Keir Starmer was asked if Labour would repeal the anti-strike legislation the Conservative government intends to soon make law. To the consternation of Labour MPs, party members, and affiliated trade unions, and despite describing the proposals as “unworkable,” my party’s leader refused to commit to scrapping the laws if Labour wins the next election.

I am confident that I speak on behalf of the overwhelming majority of the Labour and trade union movement when I say that the Tory anti-strike laws are an affront to democracy and free society, and that any Labour Party worthy of its name must commit to abolishing them. Indeed, earlier this week, I listened to Keir Starmer speak with passion and eloquence about the vital role of trade unions and his commitment to unshackling them to win for working people — a sentiment with which I could not agree more. That’s why the lack of decisive commitment in yesterday’s response was so disappointing.

Workers in the UK already face some of the most restrictive trade union laws in the developed world. That so many are taking strike action — more this year than in any year since 1990 — demonstrates the desperate situation they face. It speaks to the severity of the cost-of-living crisis that working people across the economy have organized to overcome barriers and thresholds designed to prevent them organizing to demand the decent pay and conditions they deserve.

The government has made clear that, in the face of spiraling inflation, its response is to suppress pay (that is, the pay of the working class; there is to be no pay suppression for the rich). To this end, it is determined to prevent trade unions from organizing and winning pay rises for their members. It is in this context that they intend to introduce a Minimum Service Levels Bill.

The Minimum Service Levels Bill would be more aptly described as a Forced Labor Bill. Its central purpose is to legally compel workers to work during strike action. It will effectively conscript trade unions to break their own strikes, making them commit staff to run services which will render industrial action ineffective.

When the bill was first touted by Tory ministers, it was set to apply only to transport workers, but as the cost-of-living crisis deepens and growing numbers of workers are recognizing that only by withdrawing their labor can they win the pay rises they need, the government has briefed that it now intends for the laws to apply across the public sector: to nurses, ambulance drivers, teachers, and firefighters — and it sets a precedent for similar attacks on the rights of all workers.

If passed, the legislation would hobble trade unions and prevent them from winning pay rises by removing the leverage working people have as a last resort to protect their working conditions and living standards. It would rob workers of one of the few tools they have to respond to the cost-of-living crisis. The fundamental cause of poverty, gross inequalities, and sluggish economic performance in the UK is the imbalance of power between employers and workers, which has resulted in four decades of a declining share of national wealth for the working class. The Forced Labor Bill would accelerate these trends.

The bill would also accelerate the degradation of our public services. Across the entirety of the public sector, workers are the ones who genuinely care about the services in which they work and the public that relies on them. Railworkers are defending the railway against plans for devastating cuts, ambulance drivers and nurses are protecting the National Health Service from staffing crises, and postal service workers are fighting to prevent the destruction of a centuries-old institution. Stripping away the right to strike would remove the last line of defense of our public services and give the government free reign to further vandalize the public realm.

The bill is also an attack on our fundamental rights and liberties in a free society, undermining freedom of association and collective bargaining — an argument I know Keir will be particularly sensitive to, given his esteemed background as a human rights lawyer. From a legal standpoint, the bill is indefensible, violating the UK’s legal obligations.

Up until last year, when I resigned from my post, I served as Labour’s Shadow Secretary of State for Employment Rights and Protections. Under Keir’s leadership, along with our affiliated trade unions, I developed an employment green paper, a blueprint for how Labour would overhaul workers’ rights: A New Deal for Working People. Even when Keir has seemingly abandoned certain pledges made during his leadership campaign, he has remained steadfast in his commitment to the green paper. That’s why Labour needs to put it beyond doubt that in government it will repeal these latest legislative anti-trade union measures: to do otherwise would be totally incompatible with the commitment to repeal anti-trade union legislation more broadly, and would fatally undermine the Labour leadership’s guarantees to bolster employment rights.

Not only has Keir Starmer repeatedly publicly committed to implementing the green paper, describing it as his priority, but the paper was endorsed by party conference and promises were made to our affiliate trade unions. As a matter of democracy and integrity, these guarantees must be upheld.

It is the most important moment for the trade union movement in decades. The resurgent movement will decide what type of economy and country we will live in and in whose interest it is run. The political wing of the trade union movement’s support for workers should never be up for question, especially in such a pivotal moment. The failure of my party to back demands for inflationary pay raises and to support striking workers has been a source of embarrassment — but refusing to oppose the most vicious attack on workers’ rights in decades would be unconscionable.

The last Labour government squandered a historic opportunity to better the country by failing to repeal Margaret Thatcher’s anti-union laws. We shouldn’t make the same mistake again. Labour needs to discover the courage of its conviction and make clear that it will not only scrap the new anti-trade union laws, but that it will get rid of the Thatcher-era restrictions that have caused so much damage to working people. As Mick Lynch said, “There are no neutrals in this struggle.”