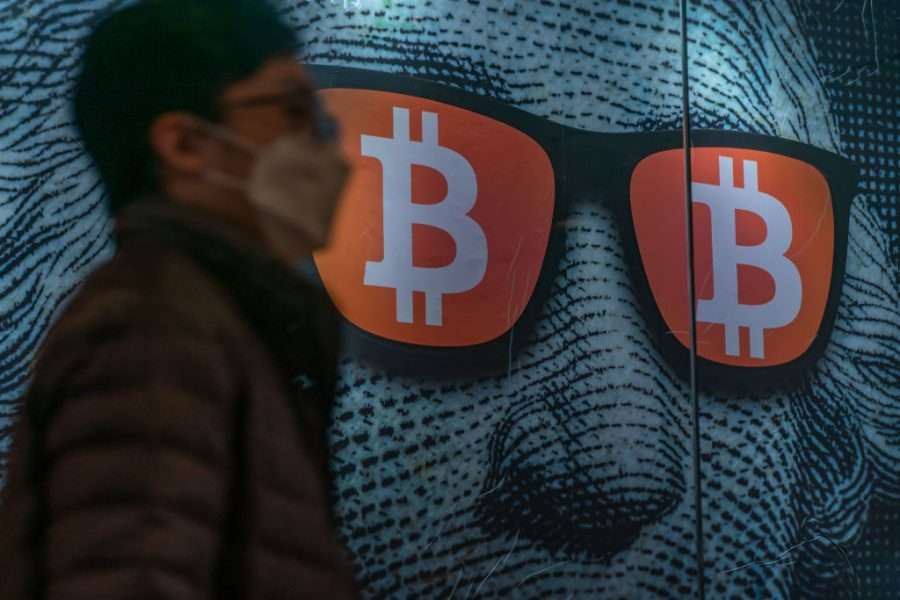 The cryptocurrency exchange FTX recently collapsed in spectacular fashion. Yet a lawsuit linked to the exchange is currently attempting to force crypto into the retirement market.

An investment firm tied to the collapsed crypto trading platform FTX is also backing a company whose court battle could help funnel Americans’ retirement nest eggs into digital currencies, a Lever review has found. The legal campaign coincides with a push by crypto-bankrolled lawmakers to try to clear the way for retirement savings to be invested in the crypto market.

At issue is the Labor Department’s March guidance warning retirement plan administrators to “exercise extreme care before they consider adding a cryptocurrency option to a 401(k) plan” because the investments are so volatile. The agency promised a deeper investigation into crypto, and warned administrators that they “should expect to be questioned” if they helped direct retiree assets into the currencies.

Though nonbinding, that federal guidance is now the target of a lawsuit brought by an investment company offering crypto to its 401(k) clients. The firm is also backed by an investor in FTX. The suit aims to force regulators to retract the guidance, arguing that the government is acting as an “armchair financial adviser” in issuing such warnings.

The skirmish is the latest effort by peddlers of exotic and opaque investments to chip away at laws shielding the $6.4 trillion 401(k) retirement market from extreme risk. Two years ago, Wall Street firms successfully pressed the Trump administration to bless 401(k) investments in speculative high-fee private equity, hedge funds, and real estate assets, a decision the Biden administration walked back in December 2021, but did not fully revoke.

Now comes the push by the financial industry and crypto’s political allies.

Amid a regulatory vacuum, one of the country’s largest 401(k) record keepers, Fidelity Investments, with $1.4 trillion in 401(k) assets, began offering a crypto option for workers this fall. Just before that, two senators bankrolled by the crypto industry encouraged a national television audience to invest their retirement nest eggs in the currency.

The lawsuit represents an escalation: It could block regulators from issuing warnings about these financial instruments, even as they implode.

Since January 1, both Bitcoin and the other main cryptocurrency, Ethereum, have lost more than 60 percent of their values, soaking ordinary investors. Meanwhile, more than $1 billion worth of customer assets have gone missing in the FTX collapse.

So far, losses from cryptocurrency have not caused a widespread crisis for retirees, because pension funds and 401(k) plans’ investments in crypto have been limited. The lawsuit could change that — even though many financial experts say the inherently speculative nature of crypto means it has no place in workers’ retirement plans.

“We’ve seen extreme volatility in crypto asset markets, with significant losses in a short amount of time. It’s difficult to separate fact from hype — you can’t tell what’s real or imagined,” said Micah Hauptman, director of investor protection at the Consumer Federation of America and former attorney with the federal Securities and Exchange Commission. “To the extent that fiduciaries are including these assets in plans, it’s hard to make a dispassionate analysis that this is in the sole interest of plan participants.”

Former FTX CEO Samuel Bankman-Fried, whose company sent crypto markets into a tailspin by declaring bankruptcy on November 11, has repeatedly hinted at the Ponzi scheme–like nature of cryptocurrencies, suggesting that their asset values aren’t tied to underlying assets like stocks and bonds, but instead fueled by inflows of new capital from unsophisticated investors.

As Bankman-Fried, known as SBF, told Bloomberg in April, “I do think this is the thing that makes me the [most] bullish about like crypto asset pricing is just the amount of money that isn’t able to access it today . . . but directly could be, and very well might start doing so over the next few years.”

Because of decades-old laws protecting retiree investments, crypto speculators have not been able to fully access one of the largest reserves of capital: the $6.4 trillion 401(k) market. That pool of capital is full of unsophisticated investors who would not even know where to find a securities filing, much less read one — which makes them excellent targets for the volatile crypto market.

This is likely why, not long after regulators issued their warning against 401(k) plans investing in crypto, business interests with ties to crypto began attacking the guidance.

In June, the 401(k) management firm ForUsAll sued the Labor Department to demand that they retract the guidance. That firm, like FTX, is owned in part by Ribbit Capital, a crypto venture capital firm based in Palo Alto, California. In September, ForUsAll began offering crypto in its 401(k) plans.

ForUsAll pledged to drop its lawsuit on November 1 — just one day before FTX’s collapse — but only if the court agreed to confirm that the Labor Department guidance did not “carry the force of law,” and that regulators would back off the guidance’s promise to investigate crypto investments.

“I Think the Labor Department Is Wrong”

The stakes are high: The fate of the lawsuit could determine the crypto industry’s ability to tap into the savings of the sixty million–plus Americans who currently have 401(k)s.

At the same time, prominent crypto allies in the Senate began pushing back against the Labor Department guidance.

I think the Labor Department is wrong. I think [401(k) investments in crypto are] a wonderful idea. It should be part of a diversified asset allocation . . . you want some assets that are just a store of value. I think that’s where bitcoin really shines. It’s some of the hardest money that’s ever been created in the world, and for that reason it belongs as a slice of a diversified asset allocation for retirement funds.

Lummis, whose office did not respond to a request for comment by press time, has insisted she has only received a single donation from a Bankman-Fried associate.

“I’m a Republican, so Sam Bankman-Fried did not contribute to my campaign — breathing a sigh of relief there. I think we did find a contribution from someone affiliated with FTX in one of our campaign accounts that we returned because we don’t want to create an appearance that he’s had more influence on our efforts than anyone else has,” Lummis told Forbes Digital Assets on December 5.

But Lummis’s top source of cash this past election cycle was the crypto VC firm Multicoin Capital, which is currently unable to access roughly 16 percent of its capital because it is held by the bankrupt FTX. Multicoin Capital employees have donated $26,100 to Lummis’s campaigns and an additional $9,000 to her leadership PAC, according to data collected by OpenSecrets.

Gillibrand’s campaign and leadership PAC, meanwhile, received $10,800 in total from Bankman-Fried, as well as another $19,400 from Multicoin Capital employees.

“We Really Don’t Know How Far the Depravity Goes”

Bart Naylor, a financial policy advocate at the government watchdog group Public Citizen, believes federal regulators have every right to weigh in on the risks of 401(k) plans offering crypto investments.

“The Labor Department has a fairly wide ability to declare what category of stuff is safe,” Naylor told the Lever. “Crypto has no more inherent value than a burnt-out lightbulb. We’ve been skeptical of SBF for quite some time. In the height of my skepticism, I didn’t imagine wholesale theft of customer accounts . . . we really don’t know how far the depravity goes.”

The letter added: “By many measures, we are already in a retirement security crisis, and it should not be made worse by exposing retirement savings to unnecessary risk.”