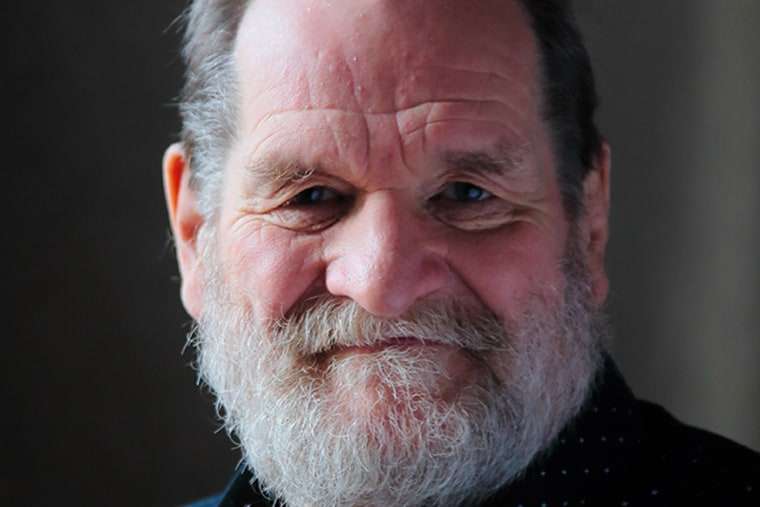 Socialists around the world were shocked and saddened to hear of the sudden death of John Molyneux in Dublin on Saturday. He was 74. John was one of the most important Marxist writers and activists in the generation of students and young workers who rebelled against the system in the 1960s and 1970s.

He joined the International Socialists (IS), predecessor of the Socialist Workers Party, in 1968.  A student at Southampton University, he was radicalised by his involvement in the Vietnam Solidarity Campaign and by a visit to Paris during the great May 1968 revolt. He was actually recruited to (IS) by its founder Tony Cliff.

John remained a committed revolutionary socialist for the rest of his life, first in the SWP and later in its Irish sister organisation, now the Socialist Workers Network (SWN). John taught as a lecturer at Portsmouth Polytechnic, later the University of Portsmouth. His influence helped to attract many of his students towards revolutionary Marxism. He was a determined activist, and the mainstay of the SWP’s Portsmouth branch till he moved to Ireland.

But his most important contribution was as a writer. His first book, Marxism and the Party—in completing which he enjoyed Cliff’s editorial assistance—was published in 1978. This was a time of confusion and debate among revolutionaries internationally, and John brought tremendous clarity to the central problem of socialist organisation.

He showed the same combination of lucidity and erudition in the weekly column he wrote for Socialist Worker for many years. It would arrive like clockwork, handwritten but always perfectly legible, demonstrating the relevance of the Marxist tradition to the issues and debates of the day. Some were spun off as pamphlets or collected in books.

One of John’s most influential texts was the article “What is the Real Marxist Tradition?”, first published in 1983 and widely reproduced and translated in pamphlet form and online. Here he sought to distinguish the classical revolutionary Marxism of Marx and Engels, Lenin and Trotsky, Luxemburg and Gramsci and its conception of socialism as the self-emancipation of the working class from the distortions and corruptions of Stalinism and social democracy.

But John wasn’t content to remain a simple expounder of orthodoxy. In Leon Trotsky’s Theory of Revolution, 1983 he sharply criticised what he regarded as the theoretical and political weaknesses shown by the Marxist he also described as his great hero. Similarly, his practice as an activist was never unthinking or mechanical. John broadly agreed with the approach the SWP leadership took to building the party amid all the twists of turns of the situation in Britain and internationally.

At the same time, he wasn’t afraid to criticise and even to challenge us when he thought we got it wrong, particularly in how we conducted debates within the party. But when Respect, the radical left coalition we had helped to initiate, went into crisis in 2007-8, John sprang to the SWP’s defence. It was a class question, he said.

As time went on, John’s Marxism became broader and more creative. He became increasingly interested in the Marxist approach to art, nourished by a lifelong love of painting. He developed his conception of art as “work produced by unalienated human labour and characterised by a fusion or unity of form and content” in The Dialectics of Art, 2020. He wrote superbly about individual artists such as Rembrandt, with an eye for detail that never lost sight of the historical context.

As ever with John, theory and practice were united. As a lecturer at the School of Art and Design at the University of Portsmouth from 1992 onwards, he inspired students in their own art. In 2007-10 he organised the Left in Vision art exhibition at the annual Marxism Festival.

In 2010 John retired, and moved to Ireland to be with his partner, Mary Smith. He threw himself into political activity in Dublin, and joined the SWN leadership as it became the driving force of the highly successful People before Profit coalition.

He was as busy as ever—editor of the SWN theoretical journal Irish Marxist Review and a member of the Coordination of the International Socialist Tendency. But John’s greatest efforts went into hammering out a Marxist approach to the accelerating destruction of nature by capitalism.

We both agreed that climate change was simultaneously the greatest threat to humankind and the greatest stimulus to revolution. This preoccupation is reflected in John’s final Selected Writings on Socialism and Revolution, 2022. He initiated the Global Ecosocialist Network to coordinate and strengthen the anticapitalist response to this existential crisis.

The closest I came to downtime with John was when we both attended a conference at Niteroi, in Brazil, in 2009. John was staying in Rio de Janeiro, on the other side of the bay from the conference. Getting around the Rio area isn’t that easy, so John had to travel a lot. But he was always full of energy, questions, arguments, curiosity, and comradeship. He befriended a Brazilian student who invited him to visit his family in the favela they lived in.

One could truly apply to John the motto Marx adopted for himself—“Nothing human is alien to me.” But now this stream of non-stop activity has been quenched. All my sympathies go to Mary, John’s partner, and to his family, especially his children Sara and Jack, grandchildren, and great-grandchildren, as well as to his comrades and friends in Ireland, Britain, and around the world.

If you have memories or appreciations of John to be published in Socialist Worker online, please send them to reports@socialistworker.co.uk