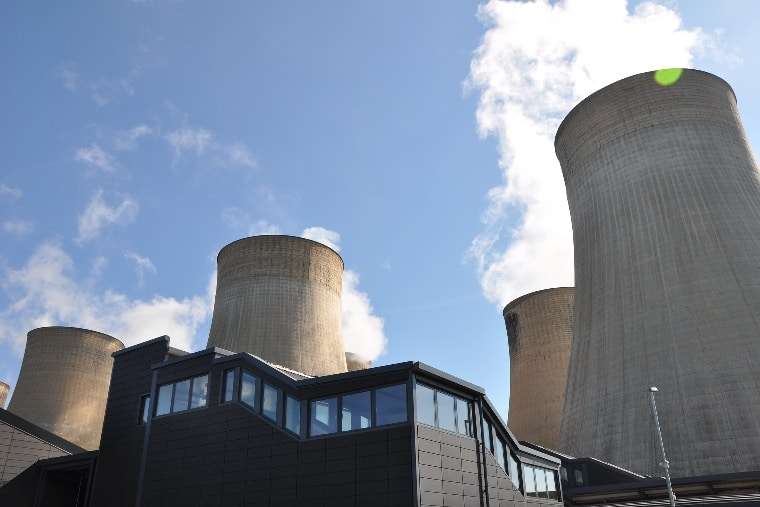 Many people rightly concerned about the growing climate catastrophe have been increasingly attracted to the concept of “degrowth”.

There is no doubt that capitalist economic growth in which both labour and natural resources are ruthlessly exploited to boost profits without regard to the environmental consequences is a disaster for the planet. But the results of capitalist degrowth can be at least as bad for the planet if not more so.

The consequences of low growth, no growth or contraction under production for profit given some growth in the productivity of labour means rising low paid work, under-employment and unemployment. It almost invariably as a consequence means rising levels of inequality and poverty.

That has been the pattern of economic development in the era of neoliberalism over the last 40 years.  Capitalist degrowth means fewer resources than we need for vital public services given the pressure from financial markets to restrict government spending.

And it means less investment rather than more on replacing environment-destroying, fossil‑guzzling power stations and means of transport with sustainable and renewable energy production. We cannot therefore as socialists welcome capitalist degrowth any more than we uncritically welcome capitalist growth. We must be very sympathetic to the environmental concerns that have motivated the degrowth movement.

But what we need to save the planet is neither capitalist growth nor degrowth but the rational planning of production by the workers who produce the wealth in society, rather than greedy, profit-driven bosses. This would enable us to use the best technology already available and develop that technology further to ensure that the planet is saved. And at the same time we could ensure there is a decent life guaranteed for all.

That means breaking the back of capitalism and replacing it with working class control over society.

A new coal mine in Cumbria is a disaster for area

The government’s decision to approve the first deep coal mine in 30 years is a disaster. The Woodhouse colliery in Cumbria will increase emissions by about 400,000 tonnes of carbon dioxide a year. That’s the equivalent of 200,000 cars on the road. It boosts the dirtiest form of energy production.

It’s another example where the context of the Ukraine war is used to justify having British energy sources. Levelling up secretary Michael Gove says the coke will be used for the British steel industry.

But most of it will have to be exported because it is unsuitable for nearly all steel production furnaces in Britain. The Tories say the mine will bring 500 jobs to the area and this is part of their plans to improve workers’ conditions.

It’s a cynical lie. Ordinary people in this area have been ignored by governments for years. Building onshore windfarms would create far more jobs. And they would then produce clean energy.

Once again we will be offered a choice between the most low-paid and insecure employment and a future in industries that threaten the environment. The “best” jobs in the area presently are at the Sellafield nuclear site. Now we get a coal mine.

Good luck to those who protested recently as a top court heard a legal case that could hand nearly 2 million people £774 each. Claimants were contesting how the DWP treated them during Covid. People on Universal Credit claimants were given a temporary £20 a week boost for 18 months.

But this money was denied to people on other benefits. Campaigners rightly say this two-tier system was unlawful discrimination, because most people on legacy benefits are sick or disabled.

Some of the poorest people in Britain were denied even the crumbs of comfort that were allowed for others. There should have been more protests at the time.

As a disabled person I am hopeful there might be some justice how. But I expect the government will hold out for as long as possible even if it loses the case.

Yma O Hyd is a battle cry to cherish

She says it is “a cry of defiance, but from a place of deep defeat”. Either it’s a song of defiance or a song of defeat—it can’t be both.  It’s a song of resistance and the courage to resist in spite of setbacks. As it says, “Despite the blackness around us, We are ready for the breaking of the dawn.” It’s a battle cry.

As for the Tolpuddle Martyrs, we commemorate defeats because they are often the platform for future victories. There are, of course, real argument to be had here. One is about Welsh nationalism, and how, by eliding class into national identity, we obliterate the former.

In which case Yma O Hyd is infinitely preferable to Hen Wlad Fy Nhadau, the official Welsh national anthem. In January 2020 and again in June 2022 Yma O Hyd reached No.1 in the iTunes chart. Bethan Roberts might see the song as one of “crushing setbacks”, but there are thousands who don’t.

Justice now at top of IOPC

So the head of the Independent Office for Police Conduct (IOPC) resigned amid “an investigation into a historical allegation”. The many victims of police actions who found no justice from the IOPC are not surprised.

Is it good news or bad that house prices are falling at the fastest rate for 14 years? It might make homes a bit more affordable. But it also shows the way interest rate rises are hitting people.

A martyr for Iran’s freedom

Remember Mohsen Shekari, executed last week in Iran after he was found guilty of blocking traffic and then striking a member of the pro-regime Basij militia. We must keep fighting until this regime of despots is removed. Let the protests rise further in his name and the name of all the suffering people.

Why I support the Border Force strike

Wonderful news that Border Force staff are going on strike. Let’s hope it’s all out and indefinite and for ever!

Everyone has to earn a living, but the regime of borders and racist laws against migrants ought to go.

The toll of ill-health is of course much greater. This is far more harm than comes from cannabis. Why is one allowed and the other is outlawed?