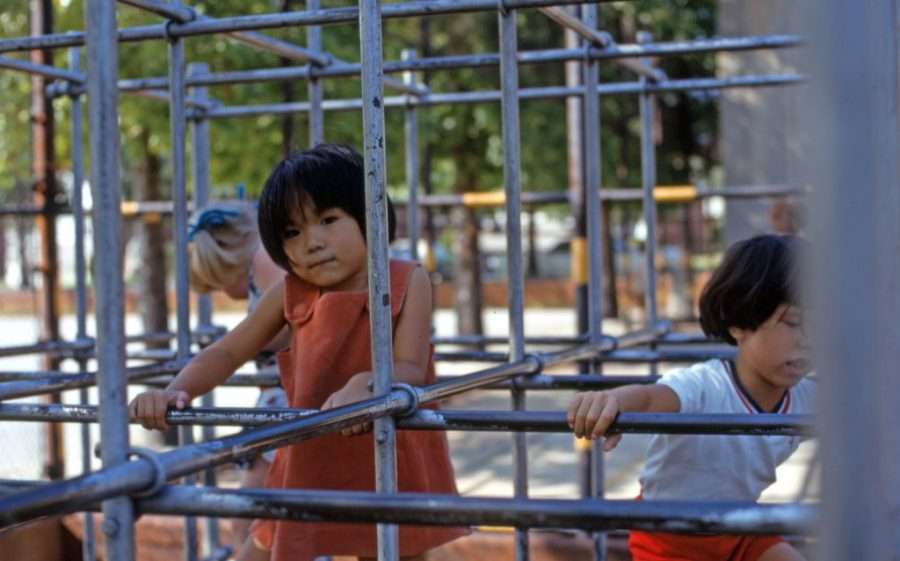 A laudable effort to consolidate tax credits in New York State is hampered by policymakers’ obsession with means testing.

View of children as they play on the monkey bars at the PS174 playground at the Rego Park in Queens, New York, New York. (Walter Leporati / Getty Images)

Last week, Andrew Gounardes introduced Senate Bill 9610 into the New York State Senate. The basic idea of the bill, which is that New York should consolidate its state-level Earned Income Tax Credit (EITC) and Child Tax Credit (CTC) into a single benefit that includes the poor and is paid out four times a year, is a good one. But the proposed implementation of the idea is a disaster that illustrates everything that is wrong with the means-testing obsession of current policymakers and influencers.

The initial shape of the new Working Families Tax Credit (WFTC) starts off simple enough: every family in New York will receive $1,500 per child per year paid out in quarterly installments. Had the policy writers stopped there, the WFTC would be a very straightforward universal child allowance that was easy for parents to sign up for and easy for the state to administer.

But they didn’t stop there. Instead, they decided to add a phaseout to the program that would reduce the $1,500 benefit by two cents for every dollar earned beyond $25,000 for singles and $50,000 for married couples. The two percent phaseout is applied until the benefit declines to $500 per child at which point it stops. In graphical form, it looks like this.

Introducing this phaseout into the program creates a long list of administrative headaches, and reading the policymakers try to resolve them in the bill text is the best case anyone can ever make against designing programs this way.

The first problem this design presents is that, in order to apply the phaseout, the tax administration has to know what tax unit a child will belong to and what the annual income of that tax unit is going to be. Neither piece of information is knowable until December 31 of a given year but the quarterly payments happen before December 31.

So how do you make the quarterly payments while applying a phaseout that requires information that does not yet exist? In this bill, the answer is that you have the New York tax commissioner guess what the variables are going to be for each tax unit. It does not say how they are going to make these millions of guesses, but the most likely approach will be to assume that every tax unit will remain intact and have the exact same income as it had the year before.

However you do it, the tax commissioner is clearly going to guess wrong in a large minority of cases, meaning that many people will receive quarterly WFTC payments that are incorrect.

So how do you deal with these tax units that are receiving incorrect quarterly payments? The bill states that the quarterly payments will “be subject to adjustment due to changes in employment or family status over the course of the year.” Another way of putting this is that parents who are receiving WFTC payments that are too big or too small due to the tax commissioner making an incorrect guess about them will have to file tax forms in the middle of the year to get the tax authority to correct their payments. This will be annoying for parents and require the tax authority to waste money to hire a bunch of workers to process these midyear WFTC adjustments.

Of course, in reality, a lot of people who are getting the wrong payment due to the tax commissioner’s wrong guess about them will not file any midyear paperwork because they don’t know they need to or because they just don’t want to mess with it. This will probably especially be true for families who are receiving WFTC overpayments.

So how do you deal with the overpayments that occur due to an incorrect guess from the tax commissioner followed by a failure by the parent to report the need for a midyear WFTC adjustment? The bill states that, instead of providing the $1,500 of WFTC payments in four equal installments of $375, the tax commissioner will knock the first three payments down to $300 and then states that “the fourth advanced payment shall be made after the end of the tax year and shall be adjusted to match the actual credit due.” Put differently, $225 ($75 times 3) of the first three quarterly payments will be held back from every parent until the end of the year solely so that the tax authority can reduce the extent of overpayment to the parents that end up receiving too much due to the tax commissioner incorrectly guessing their income.

But if you do the math, you’ll see that holding back $225 from the first three payments and then holding back the entire fourth payment does not fully solve the overpayment problem. Some tax units who are only owed $500 from the credit will receive $900 from the first three quarterly payments. Even if they don’t receive any of their fourth quarterly payment, they still wind up overpaid by $400.

So how do you deal with the overpayments that are left over even after the oversized fourth payment is garnished? The bill text appears to answer this question indirectly with this sentence:

From this, it appears that these residual overpayments will be clawed back by the tax authority unless the parent goes through some kind of process to prove that they made a reasonable mistake in receiving them. As with the midyear adjustments, this is going to be an enormous pain for parents who get hit with it and require wasting money on administrative staff to work through these appeals.

This Mess Can Easily Be Avoided

To understand how easy it is to avoid this costly administrative nightmare, it helps to restate the overall goal of this legislation as follows:

The mistake the current bill makes, which results in the administrative mess discussed above, is trying to do (2) by using a phaseout to reduce the benefit payments.

What they should do instead is pay out the $1,500 benefit to all children and then create a 2 percent surcharge tax for incomes beyond $25,000/50,000 for families with children up to $1,000 of tax per child. This is distributively identical to the phaseout being proposed but very different administratively.

The phaseout operates by deducting money from each benefit check based on how much the tax commissioner guesses your paychecks are going to be while the surcharge tax operates by deducting money from each paycheck based on what your paycheck actually is. The surcharge tax requires nothing more than having employers tweak the paycheck withholdings that they already do while the phaseout requires the creation of a costly and dysfunctional bureaucracy inside the tax authority.

Of course, doing a 2 percent surcharge tax like this is not actually ideal either. If your goal is to match dollar-for-dollar what the phaseout does, while avoiding the administrative mess, the 2 percent surcharge tax does that. But once we start thinking clearly about using taxes instead of phaseouts, it should be obvious that the phaseout structure is also bad because it is effectively a tax applied to a narrow base of income earned by a narrow base of tax units.

Rather than creating a 2 percent surcharge tax for incomes beyond $25,000/50,000 for families with children up to $1,000 of tax per child, it would make far more sense to just up the marginal income tax rate for all income beyond $25,000/50,000 for all tax units. This would be even simpler and it would allow you to reduce the tax rate from two percent to something like 0.2 percent.

One reason people frequently give for using phaseouts is that it reduces the cost of the program. Due to how prevalent this claim is in the discourse, it’s important to emphasize in closing that this is completely wrong. As we see above, a phaseout is just a really badly designed tax. Swapping out a badly designed tax for a well-designed tax does not increase the cost of the program. In fact, using a well-designed tax reduces the cost of the program by reducing the amount of money that has to be spent administering it. The phaseout in this legislation requires a whole bureaucracy to administer income guesses, midyear adjustments, and end-of-year overpayment adjudications. A distributively identical tax bump requires none of that and is therefore cheaper.

As this legislation works its way through the chamber, I hope the lawmakers of New York can avoid the administrative disaster they are currently marching toward by making these simple changes. In doing so, they will save their residents and tax authority a bunch of time and money while also creating a better model for other states to copy.