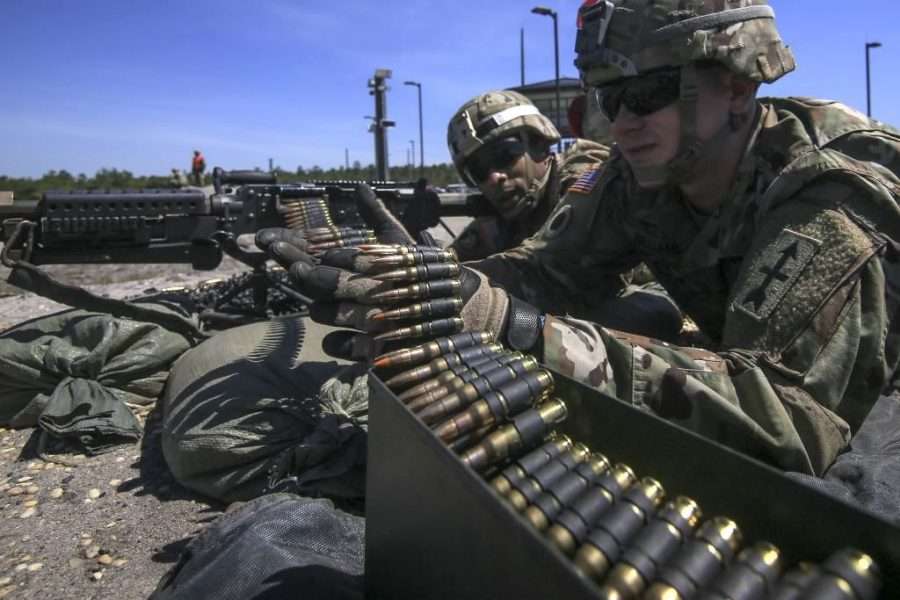 The new $850 billion military budget, which the House just approved and the Senate will take up soon, is a giveaway to the arms industry. Is it a coincidence that House supporters of the bill got seven times more money from military contractors than opponents?

Last Thursday, the US House approved a more than $80 billion increase in military spending by a whopping 350 to 80 margin. The Senate is expected to consider the legislation — the fiscal year 2023 National Defense Authorization Act (NDAA) — this week.

Out of the $858 billion the bill authorizes for the Pentagon, private companies should expect a staggering $450 billion. After all, the lifeblood of the US arms industry is the annual military budget (though it also makes a killing off of foreign sales). The largest weapons firms are especially dependent on Pentagon largesse. In 2020, 74 percent of Lockheed Martin’s revenue came from congressionally approved funding. For Northrop Grumman, another industry giant, that number was 84 percent.

With so much money at stake, it’s little wonder that military contractors sent the House trucks full of cash before the NDAA went to the floor. The 430 members who cast votes on the bill received $14.5 million in campaign and PAC contributions from the arms industry from 2021 through October 2022, according to data from OpenSecrets.

Do these political contributions influence, or at least correspond to, vote outcomes? Top congressional recipients bluster that they aren’t swayed by the checks poking out of their pockets. But after comparing the average amount a House member received to how they voted on the NDAA, I found that lawmakers who supported the $80 billion military spending hike accepted seven times more cash from military contractors than members who opposed it.

This dynamic is readily apparent in both parties, but more glaring among Democrats: yes votes took 8.7 times more industry cash than opposing ones, while House Republicans who backed the funding boost picked up 5.5 times more than their caucus peers.

The overwhelming disparity between yes and no votes — 81 and 19 percent, respectively — doesn’t reflect the view of the public. If it did, the outcome would have gone the other way, or at least been much closer.

According to a recent survey, 36 percent of Americans think Congress should cut military spending and 46 percent say it should remain flat. So even though fewer than 20 percent of the public wants a bigger Pentagon budget, more than 80 percent of US representatives just supported swelling it by $80 billion. And while Democratic members strayed farther from the views of their base than Republicans, both were out of step with ordinary people.

The distortionary effect of the weapons industry goes far beyond one roll call vote. Arms industry contributions systematically fuel a hypermilitarized, destructive foreign policy. They help drive up Pentagon spending for arms races and endless wars and reward particularly hawkish lawmakers. Survey after survey shows that the public is ready for more sensible, pro-worker approaches to foreign policy. But arms industry cash — among other factors — ensures that Congress is not.