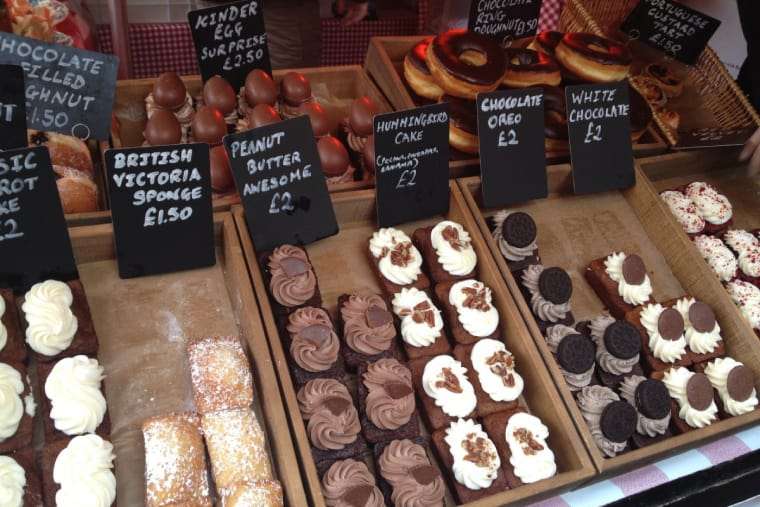 Some Heavenly Dessert workers say their treatment is not ‘awesome’

Little more than two weeks before Christmas, hospitality worker Eloise had her shifts taken away after she asked why she and her colleagues hadn’t received tips for the last three months.

Working at minimum wage rates and on a zero-hour contract job was already hard for Eloise, a student from Manchester. “I used to struggle to pay higher gas costs,” she told Socialist Worker. She added that Christmas will rely on her spending her savings.

Now she fears Heavenly Desserts in Manchester may never pay her the tips she deserves. It describes itself as “an innovator and trendsetter in the world of luxury desserts, ensuring that we always offer our customers an exciting experience that tastes of innovation and l’art de vivre.” Such smooth claims don’t impress Eloise and her colleagues who also asked managers in the staff group chat why they had not been paid tips—but were given no response.

Eloise wrote, “Are you purposely ignoring our questions about the tips or did you not see those messages?” One manager asked her to ask in “the appropriate manner”. So she replied, “Please can you respond about our tips?”

The manager responded, “That’s more like it. Let’s speak to each other with respect.” Eloise replied, “This implies there is mutual respect. However, failing to pay us our tips for three months suggests you do not respect or value us as workers.

“I think you can understand my frustrations. I am within my rights to assert a point, particularly regarding money I am owed. It was not rude, it was assertive.”

Eloise was then removed from the group chat and had her shift taken from the rota. The same manager posted to the remaining workers, “That’s how it will be moving forward. No disrespectful comments will be tolerated on this group. If there’s no respect there’s nothing.”

Despite Eloise asking why her shift was removed and why she was removed from the group chat, she has not received a reply. Eloise explained to Socialist Worker that she often had shifts removed or changed at short notice—a common occurrence for hospitality staff and those on zero-hour contracts.

Eloise has handed in her notice. She has joined a trade union and urges others in hospitality to do the same. “There needs to be a shift in respect,” she said.

A worker at the Heavenly Desserts branch in Stratford, east London, was sacked last year after management told staff that if their uniform wasn’t up to scratch then replacement costs would be deducted from their wages.

She complained and was later sacked. She tweeted, “Hospitality and service industry staff are treated as completely disposable and need to start unionising, and unionising fast.

Socialist Worker has heard from two other Heavenly Desserts workers who are unsurprised by both of these events. One said, “I’m really scared of losing my job. I’ve already started applying for jobs outside of the hospitality industry so I can finally get away from them.”