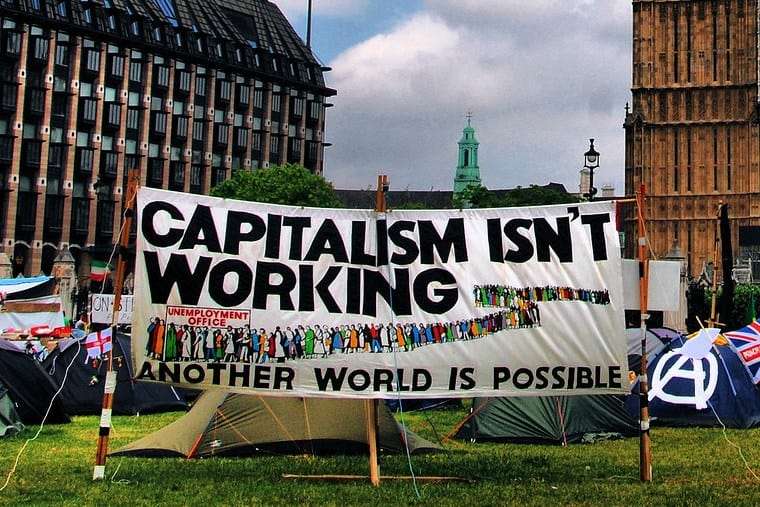 “I don’t think we’re in Kansas any more,” says Dorothy in The Wizard of Oz. 2022 was the year we made the same discovery.

Before, we could kid ourselves that the world economy would eventually recover from the financial crisis of 2007-9 and that the Covid pandemic was a mere interruption of normal business.

Not any more. It’s becoming a commonplace that the world is confronting an unprecedented “polycrisis”, as the liberal economic historian Adam Tooze puts it. In other words, we face multiple crises—biological, economic, geopolitical—that interact with each other.

More precisely, this is a multi-dimensional crisis of the capitalist system. In some ways, this is like what Eric Hobsbawm called “The Age of Catastrophe” between 1914 and 1945. This started with the First World War, which was followed with the so-called “Spanish flu” pandemic, which killed between 50 and 100 million people in 1918-19.

This time, it’s been the other way round—first the Covid pandemic, and then the Ukraine War. Happily, to date at least, their body-counts are much lower than their counterparts of 100 years ago. But both are signs that the capitalist system is starting to hit its limits.

The Ukraine war only makes sense against the background of the growing competition between the US and China. The US as the hegemonic state is trying to tear Western capitalism loose from relationships crucial to sustaining the economic globalisation since the 1970s.

Washington is seeking to reduce Europe and North America’s dependence on China as a supplier of manufactured goods and a market for their exports and Russia as a source of cheap energy. This is potentially very disruptive economically.

It’s also very dangerous, as Nato’s proxy war in Ukraine with Russia shows. The Ukrainian military successes, endlessly hyped by the Western media, increase the danger of a cycle of nuclear escalation between Russia and the US.

The US-China conflict also poses the threat of nuclear war. The Pentagon reports that China is aiming to increase its nuclear warheads from 400 to 1,500 by 2035. This is still way behind the US, with an estimated 5,428, and Russia, with 5,977.

Given that detonating a small number of these warheads would wipe out most of humankind, the arms race among the leading imperialist powers is terrifying. Our fate depends on the rationality and self-restraint of a handful of ruling-class policy-makers and generals in Washington, Moscow, and Beijing. But it’s the capitalist destruction of nature that is the real wild card, setting the present epoch apart from the earlier Age of Catastrophe.

Covid was the result of capitalist agriculture’s increasing industrialisation and penetration of wild places. This has made it much easier for dangerous viruses to jump species until they reach us.

This process is at work on a much larger scale with climate change and crashing biodiversity. Food inflation, for example, is a good example of Tooze’s “polycrisis”.  It’s caused by a combination of the disruption of supply chains during the pandemic, the impact of the Ukraine War on energy and fertiliser prices and on food production, and severe droughts.

The different dimensions of the crisis interact with each other, making the situation worse. The only way to break this chain of catastrophes is through resistance and revolution.

A few weeks ago the media were talking up, either fearfully or in celebration, Xi Jinping as China’s authoritarian strongman. Then came the protests against his Zero-covid policy.

As the Financial Times reported, “The relatively small-scale protests and vigils that received the most attention… masked a much broader rebellion at thousands of residential compounds across the country. People who had been forced to remain in their homes for days or weeks refused to obey confinement orders any longer.”

Now the Chinese government has moved fast to relax Covid restrictions and to increase vaccinations among the elderly. Protest works. But we need far more than fragmented rebellions—we need mass movements of working people directed at the system itself.