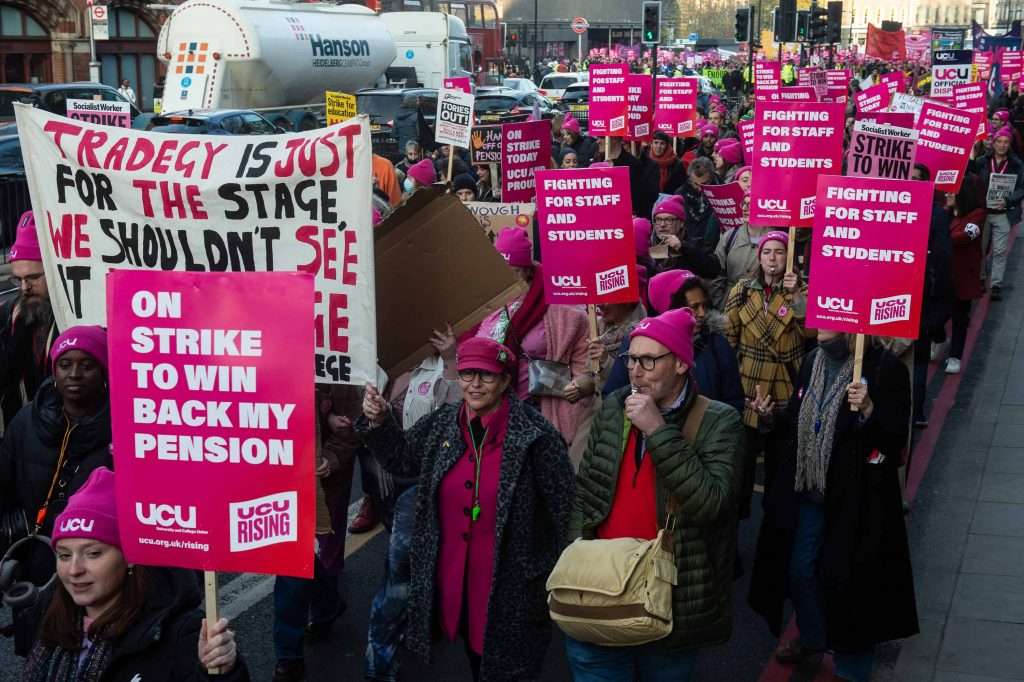 Leaders of the UCU university workers’ union have moved to betray its members and trample on union democracy. In a video posted on social media on Tuesday, UCU general secretary Jo Grady made clear she doesn’t believe an all-out strike is needed to win.

But the problem for Grady is that the relevant union body has voted for one. So she’s ready to bypass and undermine democracy within the union.

Saira Weiner sits on the UCU Higher Education Committee (HEC). She told Socialist Worker the HEC had voted for a marking and assessment boycott from January and an all-out strike from February.  “We voted for all-out strikes because we have seen what has happened in disputes in the postal and railway service,” she said.

“More importantly we voted for it because that’s what members wanted. At branch delegates’ meetings, we have seen members vote for a marking and assessment boycott and a serious escalation of strikes.

“Grady has tried to say this isn’t what members wanted at the branch delegates’ meeting, but the nature of these meetings is what’s constraining. The top of the union sends out questions beforehand, and there is very little room for debate.

“But despite this, the pressure from below was impossible to ignore, which is why she made the video. It’s also important to say that several UCU branches have filed motions calling for an all-out strike.”

Many UCU members reacted with fury. UCU member Shirin tweeted, “This video is a disgrace and an attempt to sow divisions. Our HEC is democratically elected but Jo Grady seems to think as members we should only hear her voice.”

On the video, Grady says, “An all-out strike in February could not only split our membership at a time when we need unity. It also plays straight into the hands of an employer that wants to see us crash and burn.”

Grady claimed the best way forward is to go forward with “blocks of strikes” in February, March and April.

Saira added that Grady is effectively trying to “go over the head” of democratically-elected bodies of the unions to push her agenda. “We are in the middle of a dispute—negotiations are going on today,” said Saira. “While Grady repeated that we need to be unified in her video, all she did was try to create division.

“The real problem is she doesn’t think that you have to hit the bosses hard in order to win. She thinks a week here or a week there is enough, but that’s not what will win this dispute.”

Rank and file members of the union must fight tooth and nail to halt UCU leaders’ attempts to trample on democracy—and for a strategy that can win. An all-out strike can force the bosses to bend to workers’ demands over pay, pensions, equalities and conditions.