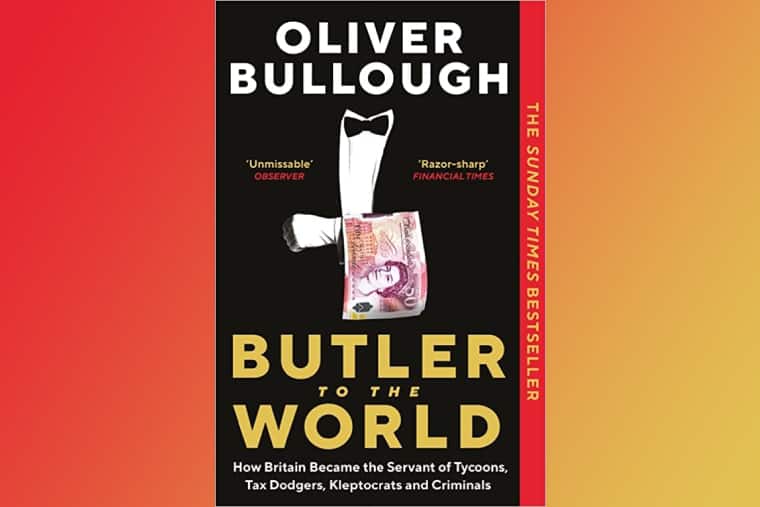 Butler to the World: How Britain became the servant to tycoons, tax dodgers, kleptocrats and criminals by Oliver Bullough

That Britain’s ruling class is enormously corrupt and dishonest will not surprise readers of Socialist Worker. But now and again it is good to spell out just how grotesque these people are. And Oliver Bullough’s highly enjoyable book, Butler to the World, is a devastating critique of Britain’s finance and legal elites.

Bullough’s central claim is that, in losing their empire, the British ruling class adopted the role of butler to the world’s richest people.

Using quotes and clips from “Jeeves” creator PG Woodhouse, Bullough unearths some of the messier aspects of pre-war Britain right through to the present day. But first he reveals one of the more imaginative aspects of 1950s Britain—the creation of the Eurodollar market.

Eurodollars are US dollar-denominated deposits at a foreign bank, making them free of regulation by US authorities. Research by the US Federal Reserve in 2014 claimed around $140 billion worth was being transacted every day in loans and payments. Before their creation, however, they were just ordinary US dollars sitting in foreign banks.

Bullough describes a 1950s City completely different to the hub of global capital it is today. Staid and drab, it was stuck in time and exercised much less influence than it did before the Second World War.

That is until Midland Bank reached a deal with Moscow Narodny Bank (MNB) in 1955 to borrow the US dollars it had. It could then use them to buy the pounds it desperately needed in order to grow. The deal suited MNB because it could charge a much higher interest rate on the loan than the 1 percent it would get from a regulated US bank.

The Suez Crisis of 1956 endangered Britain’s ability to continue financing its international trade. In terror, the City’s merchant banks abandoned the pound and not only borrowed dollars, as the Midland had done. But they actually started using them for global trading. The Eurodollar was born.

US and British bank regulators’ initial qualms did not appear to last long. The new currency suited US corporations as much as it did the City—and any globally trading financier who wanted a place to raise funds unrestricted by domestic policy.

By the end of the 1960s, however, US authorities became concerned at the Eurodollar’s potential to destabilise their country’s economy. They pressured the Bank of England to impose regulations. It is here that two phrases that recur in Butler to the World first appear. They are, “If we don’t allow it, someone else will,” and, “There’s no point in refraining from bad behaviour until everyone else agrees to do so.”

Nothing was done to restrict Eurodollar trading by the City, which was transformed as banks from a host of countries set up shop to deal in the currency.

Bullough exposes, with great dexterity, British butlering in an assortment of skills and skulduggery. He covers how the British Virgin Islands tax haven was established in the late 1970s and early 1980s. And how British gambling business was offshored to Gibraltar in 1989 and again in a major expansion in 2002-03.

British authorities did next to nothing about major money laundering when an ordinary domestic house in Edinburgh turned out to be the address used by criminals. They had stolen $1 billion from the Moldovan state. Meanwhile, leading British politicians feted and flirted with Ukrainian oligarch Dmytro Firtash, despite the US FBI investigating and finally requesting his arrest in Vienna in 2014 over charges of international corruption.

In other examples, Bullough details how government cuts to Britain’s legal system are creating a two-tier service through which only the wealthy have a chance of gaining justice. Each exposure in Butler to the World is accompanied by dramatic stories and interviews with a host of interesting characters, making it a joy to read.

Butler to the World: How Britain became the servant to tycoons, tax dodgers, kleptocrats and criminals by Oliver Bullough (£20). Available from Bookmarks, the socialist bookshop