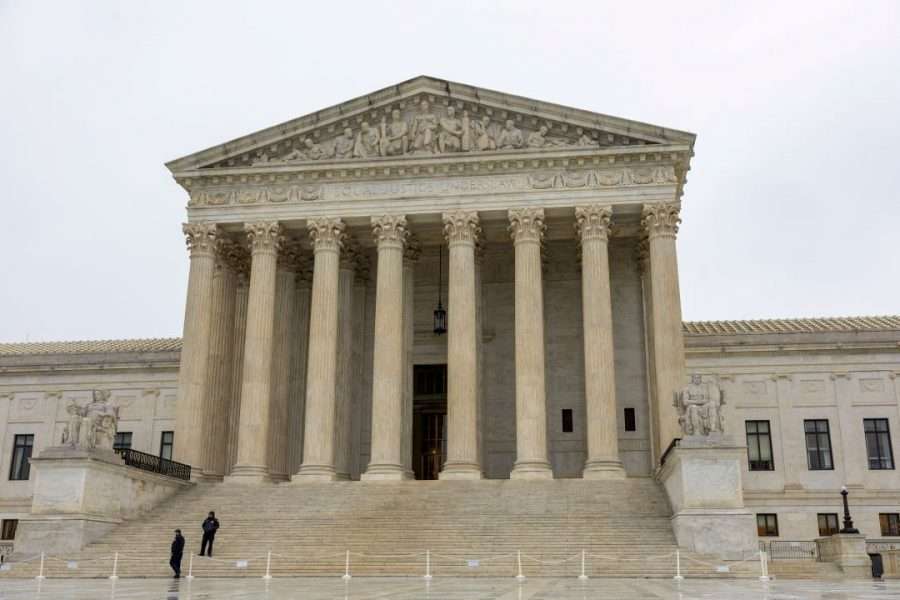 Conservative activist Leonard Leo and his associates are spending millions of dollars to influence some of the Supreme Court’s most consequential recent cases. (Tasos Katopodis / Getty Images for Common Cause)

Flush with money after receiving the largest-known political advocacy donation in US history, conservative activist Leonard Leo and his associates are spending millions of dollars to influence some of the Supreme Court’s most consequential recent cases, newly released tax documents obtained by ProPublica and the Lever show.

The documents detail how Leo, who helped build the Supreme Court’s conservative majority as an adviser to President Donald Trump, has used a sprawling network of opaque nonprofits to fund groups advocating for ending affirmative action, rolling back antidiscrimination protections, and allowing state legislatures unreviewable oversight of federal elections.

The records also show that the Leo-aligned nonprofits paid millions of dollars to for-profit entities connected to Leo.

Leo and one of his top associates did not respond to requests for comment.

The money flowed through mostly so-called dark money groups, which don’t have to disclose their donors. They are required to reveal the recipients of their spending in their annual tax returns, which are released to the public, but often those are also dark money groups or other entities that have minimal disclosure rules.

As ProPublica and the Lever detailed in August, Leo was gifted a $1.6-billion fortune last year by a reclusive manufacturing magnate, Barre Seid. The newly revealed tax documents cover last year, just as Leo was in the process of receiving that enormous donation.

The Supreme Court case involving a Colorado-based website designer who refuses to work for same-sex couples provides a window into Leo’s strategy.

At least six groups funded by Leo’s network have filed briefs supporting the suit, which seeks to overturn Colorado’s antidiscrimination law. The Ethics and Public Policy Center, which records show received $1.9 million from Leo’s network, submitted a brief supporting the web designer. So did Concerned Women for America, which has received at least $565,000 over the past two years from the Leo network, as well as an organization called the Becket Fund, which got $550,000 from a Leo group.

Leo’s network has also been the top funder of the Republican Attorneys General Association (RAGA), which spends money to elect GOP attorneys general and serves as a policy hub for the state officials. Twenty Republican attorneys general have also filed a brief in support of the case. One Leo group donated $6.5 million to RAGA during the 2022 election cycle, according to the association’s federal filings.

The largest donation by Leo’s network was $71 million given to DonorsTrust, a so-called donor-advised fund that pools money from numerous funders and gives it out to largely conservative and libertarian groups. Past reports have described DonorsTrust as a “dark-money ATM” of the conservative movement.

Another case that Leo groups have sought to influence is Moore v. Harper, which could have sweeping implications for American democracy. The question posed in the case is whether the Constitution affords state legislatures the power to create rules for federal elections without state court oversight or intervention.

The Honest Elections Project, an initiative within another key Leo organization, the 85 Fund, has backed the plaintiff’s case with an amicus brief. The tax documents show that the 85 Fund also donated $400,000 in 2020 to the Public Interest Legal Foundation, an Indianapolis-based conservative legal group that filed a supportive brief in the case.

The Supreme Court is also hearing two cases this term brought by the conservative group Students for Fair Admissions that are challenging universities’ affirmative action policies. The group received $250,000 from the 85 Fund in 2020, the tax records show, more than a third of the total it raised that year.

Speech First, which the records show received $700,000 in 2020–21 from the 85 Fund, filed briefs backing Students for Fair Admissions in both cases. Republican attorneys general, backed by Leo’s network, submitted briefs, too.

The largest outside vendor to the Concord Fund, another hub in Leo’s network, was also CRC Advisors, which received nearly $8 million over the course of a year. Concord also paid $500,000 to BH Group, another for-profit firm led by Leo.

There is no prohibition on nonprofits sending business to companies they have connections to, but any deals must be made at a fair market value.

The companies did not immediately respond to questions about the payments.

This story was copublished with ProPublica, a nonprofit newsroom that investigates abuses of power.