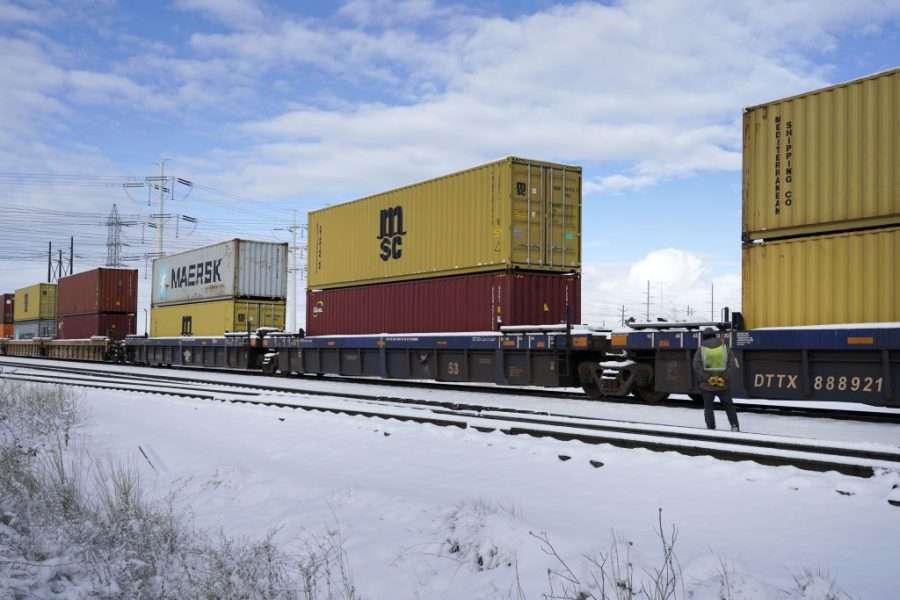 In the wake of the rail showdown, locomotive engineers have voted to boot their union president. It’s a stunning upset — and one that shows rank-and-file railworkers are still simmering at the contract that was forced on them.

In a stunning upset, the Brotherhood of Locomotive Engineers and Trainmen (BLET), the 28,000-member union of railroad workers, has elected a new president. Eddie Hall, a local officer out of Division 28 in Tucson, Arizona, won against incumbent Dennis Pierce with 53 percent of the membership-wide vote. Hall will take office on January, pending official certification of the results, and will lead the larger of the two unions that make up the Teamsters Rail Conference.

The surprise victory is the latest fallout from a national freight rail showdown in which some sixty thousand railworkers had a contract imposed on them. In the BLET, the second-largest union involved in negotiations, members ratified a deal, but many members were unhappy with the outcome.

The BLET was one of three unions that came within hours of striking in September before reaching a last-minute tentative agreement with heavy involvement from the Biden White House and Secretary of Labor Marty Walsh.

In June, the BLET took a strike vote, its first such national vote in over a decade. Members returning ballots voted 99.5 percent in favor of striking.

For months, the BLET and other unions had pushed for fifteen paid sick days for railworkers. Currently, railroaders get none. In those final hours before their strike deadline on September 15, the union agreed instead to accept three unpaid sick days, with thirty days’ notice, to be taken on a Tuesday, Wednesday, or Thursday.

With Dennis Pierce standing next to him in the oval office, Joe Biden told the press, “They feel good. These guys, by the way, they’re still standing but they should be home in bed. Twenty straight hours [of negotiations]. I want to thank business and labor.”

Pierce then advocated for his membership to support the deal. “Contracts between the railroads and their employees have never had sick time,” he said in a separate interview. “There are a lot of industries don’t have that in their contract.” Asked if he would support the deal, Pierce replied, “I probably would.”

Pierce was indeed able to get the contract ratified, but it may have cost him his job.

Eddie Hall is a working engineer on the Union Pacific railroad, based in Tucson, Arizona. He’s worked on the rails for twenty-eight years, and has been a local union officer for the past twelve. He says he never considered trying to move up in the union ranks until last fall.

As members grew frustrated with the stalled negotiation process, Hall’s District 28 held a meeting where they voted to send a letter to Dennis Pierce “asking him to come down and, for lack of a better word, explain himself.” Pierce headed to Tucson in February, and members weren’t satisfied with his responses. That’s when the district nominated Hall to run for BLET president.

What started as frustration over the length of negotiations — which began in late 2019 and meant, among other things, deferred raises — soon became about getting time off the job. In 2020, just before the start of the pandemic, Union Pacific implemented a new attendance policy that harshly penalized workers for taking time off — time that was already unpaid. In early 2022, BNSF also announced a new policy, dubbed “Hi-Viz,” that similarly threatened railworkers’ jobs if they didn’t keep up with the grueling work schedule. These policies were part of the broader Precision Scheduled Railroading regime that railroad companies have implemented across the industry, cutting jobs and increasing the pressure on those workers who remain.

Pierce spoke out publicly about the attendance policies, calling Hi-Viz “the worst and most egregious attendance policy ever adopted by any rail carrier.” In May, BNSF made some tweaks, which Pierce dismissed as “little more than fluff.” Pressure mounted on leadership to win something in negotiations to address “quality of life,” and time off the job.

The unions pushed through the Railway Labor Act process, through mediation, and into a Biden-appointed Presidential Emergency Board (PEB). The PEB’s recommendation, which traditionally forms the basis for a tentative agreement, didn’t include any sick time.

Pierce said his priority was to pass the deal despite indignation among members. “That doesn’t mean a lot of our employees didn’t want to strike, because they’re angry,” Pierce told Bloomberg in September. “Now our job is to get out there and explain to them what we were able to accomplish that can help improve their lives, help the families, and get this thing ratified.”

Hall was able to win his place on the ballot by securing 5 percent of the convention delegates at October’s nominating convention. That gave him access to a membership email list, and he started making his case directly. For him, the members had already spoken.

“It is clear to me that the national membership is dissatisfied with our leadership and the decisions made by them when it comes to a National Agreement,” wrote Hall. “Polls were taken resulting in over 99 percent of those that responded instructing our leaders to withdraw from service if an agreement could not be reached on our quality-of-life issues . . . However, once all provisions under the Railway Labor Act were exhausted and a legal strike was warranted, our leaders chose to bury their heads in the sand.”

“You will now hear the political posturing and grandstanding on what a great job they did and that it is now time for the membership to decide. I believe the membership made their decision a long time ago. Dennis R. Pierce just didn’t listen!”

Pierce has held the BLET’s presidency since 2010, and, according to Hall, has never faced a contested election. This is despite a successful campaign within the union in 2006 to win direct elections of national officers, a right members of a minority of national unions enjoy.

Though the BLET tentative agreement vote passed with a reported 55 percent approval, Hall says it was less about the merits of the agreement, and more about getting it over with. “Members are definitely not happy with leadership,” says Hall. “The agreement process, it’s been so long, many just wanted to get the process over with, so they voted for it. A third of the members didn’t even vote.”

Members we spoke with agreed. “We knew the outcome with Congress. Some thought the PEB would be enforced . . . Many just wanted their backpay sooner,” said one twenty-year engineer, speaking on conditions of anonymity for fear of retaliation. “There was also a push by the unions to vote yes. They always sold the contract. ‘It’s the best we will get.’ Which is what the union says with every contract.”

Ross Grooters, a BLET member and cochair of cross-union Railroad Workers United, is hopeful about the results. “People wanted to see change within our union. People are ready to fight, and we gotta get organized in order to do that. That wasn’t going to happen under the leadership of Dennis Pierce.”

Though results won’t be officially certified for a few days, Hall is making plans. “I’m hoping to get out and listen to the membership. I’m going to be the president who flies to San Antonio, rents a car, goes over to Laredo, to Corpus Christi, up to Austin. I want to see what the membership is saying, and try to get the membership involved. We have a union but they’re not involved. Leadership is not out there basically rallying our members . . . they need that out there, and not once every ten years.”

“To me,” says Hall, “this is just where we’re getting started.”