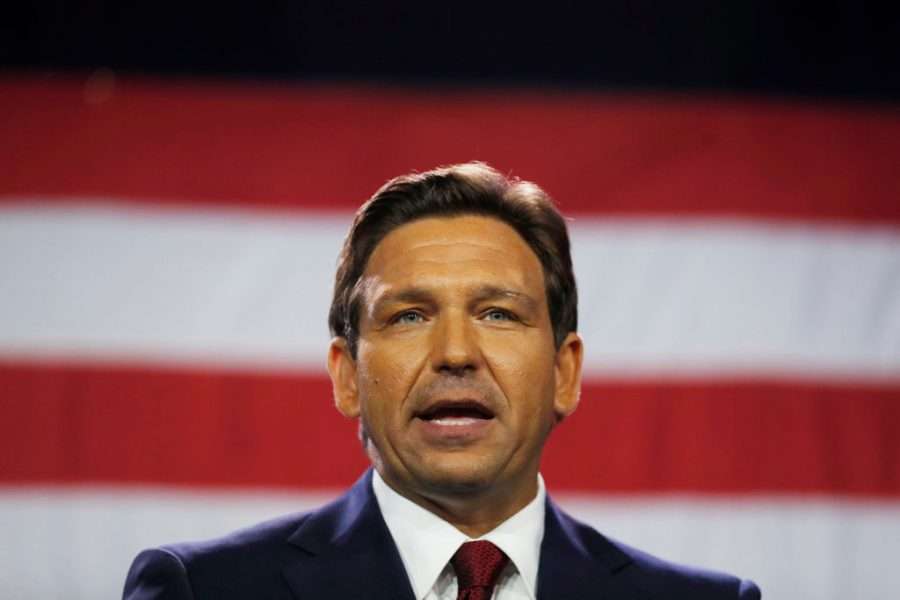 At the behest of Ron DeSantis, Florida Republicans just passed a bill freeing property insurance companies from the responsibility to pay claimants’ legal fees in the event of a suit. It’s a big win for insurance giants — and a big loss for regular Floridians.

About twenty-five years ago, a woman standing on a sidewalk in Miami was hit by a car driven by someone covered by Allstate Corporation, the giant insurance company that has rung up more than $12 billion in profits over the past three years.

The woman, whose name was Farren Ivey, had to see a doctor because of injuries to her left leg and right shoulder. But Allstate refused to pay for her full treatment.

So Ivey sued — and she won. Allstate even admitted that it should have paid Ivey’s full medical bill right from the beginning.

How is it that one woman in Miami could afford to take one of the richest insurance companies in the world to court? Because of a long-standing provision in Florida law that also forced Allstate to pay her legal bills.

“It is clear to us that the purpose of this provision is to level the playing field so that the economic power of insurance companies is not so overwhelming that injustice may be encouraged because people will not have the necessary means to seek redress in the courts,” Fred Lewis, a former justice of the Florida Supreme Court, wrote in a December 2000 ruling that ensured Allstate paid for Ivey’s lawyers.

Fred Lewis stepped down from the state’s highest court in 2019, one of several justices who have since been replaced by Governor Ron DeSantis. And now DeSantis and the Republican-controlled Florida Legislature just gutted the provision that Lewis once defended, and that once helped hold Allstate accountable.

Florida legislators went back to Tallahassee last week, where they rushed a 105-page rewrite of the state’s property insurance laws through a three-day special session. DeSantis, who urged lawmakers to hold this special session, signed it into law on Friday.

This a sweeping piece of legislation, and it makes a bunch of big changes. The most consequential of those changes erases what is known as Florida’s “one-way attorney fee” law.

This may sound complicated, but it’s really quite simple.

In most lawsuits, each side usually pays for its own lawyers. But Florida’s one-way attorney fee law allows a policyholder who successfully sues an insurance company that refused to pay a claim to make that insurance company pay their legal bills, too.

This law is essentially a slingshot that David can use to fight Goliath. It’s meant to discourage insurance companies from dragging their feet when a policyholder files a claim — and to ensure those policyholders aren’t punished if they must sue to collect.

“It is an undue hardship upon beneficiaries of policies to be compelled to reduce the amount of their insurance by paying attorney’s fees when suits are necessary in order to collect that to which they are entitled,” the Florida Supreme Court once wrote in another opinion addressing Florida’s one-way attorney fee law.

Not surprisingly, insurance companies detest this law. They have been lobbying against it for many years, arguing that the prospect of one-way attorney fees encourages people to sue their insurance company unnecessarily, which drives up costs for everybody else.

The insurance industry has had a lot of success with that argument lately, amid Florida’s latest property insurance crisis. Industry lobbyists had already successfully persuaded DeSantis and the state legislature to weaken the one-way attorney fee law twice in the past two years. (Campaign contributions have helped.)

It’s hard to overstate how momentous a change this is. Florida has had some version of its one-way attorney fee law on the books since at least 1893, according to research by legislative staffers.

Now, this legislation (HB 1A, SB 2A) only eliminates one-way attorney fees in lawsuits involving property insurance policies. But you can bet that lobbyists for auto insurers and health insurers and all the rest will soon be pressing lawmakers to give them the same break, too.

And while eliminating one-way attorney fees is the most significant provision in the bill, it’s by no means the only change making it much harder for a consumer to sue an insurance company. (There are, however, no similar restrictions in the legislation on the ways insurance companies are siphoning profits out of Florida by paying fees to their parent and sister companies.)

For instance, this bill strips consumers of their right to transfer their claims under a policy to someone else who might have more money to pursue a lawsuit. It makes it harder to get extra penalties levied against an insurance company that intentionally stonewalls a claim.

Ron DeSantis was unusually quiet about the special session while it was happening. But there’s no doubt that he’s the guy who made this legislation happen. The governor, who is likely to launch a presidential campaign later this year, went on CNN in the aftermath of Hurricane Ian and called out the Republican-controlled Florida Legislature for not doing enough to cut down on insurance litigation.

And make no mistake, this is a legacy bill for DeSantis — whether he ultimately wants to take credit for it or not.

Taken together, the changes in this insurance legislation amount to the most significant new restrictions on civil lawsuits in Florida since Jeb Bush’s final year as governor. That’s when Bush and the Legislature eliminated a legal doctrine known as “joint and several liability” — a change that business lobbyists gloatingly referred to as the “Holy Grail” of lawsuit reform.

Ron DeSantis is about to bring Florida into a brave new world in property insurance — without any assurance that these changes will actually reduce prices for policyholders.

If you’re a homeowner who needs to get a claim paid next year . . . good luck.

This article was originally published in Seeking Rents, a newsletter by Jason Garcia that examines the ways that businesses influence public policy across Florida. You can subscribe to David Sirota’s investigative journalism project, the Lever, here.