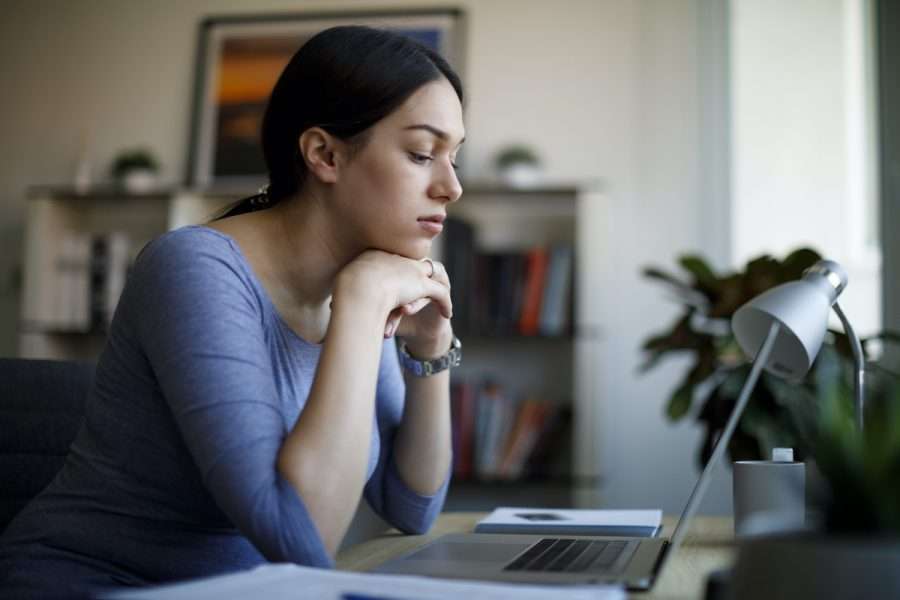 Many workers who qualify for unemployment don’t receive immediate benefits due to confusing application processes and unwieldy websites. A new federal funding proposal could fix these long-standing issues — but it’s in danger of being axed.

Federal funding for unemployment insurance admin has declined substantially over the past couple decades when adjusting for inflation.(Getty Images)

Receiving unemployment insurance (UI) is way too difficult. Workers are not always informed of their eligibility, and employers often seek to prevent former employees from receiving benefits. Despite leaving jobs for justifiable reasons — for instance, unsafe work conditions — the act of quitting disqualifies many applicants. Meanwhile, workers in the gig economy are generally ineligible. But beyond the more technical program requirements and red tape, simply submitting a benefits claim can be confusing.

I know because I’ve gone through the claims process myself. The biggest hurdles I faced were not primarily about proving I had a good reason for becoming unemployed. Rather, I was tripped up by the user interface of the claims website and the application questions, as has likely been the case for countless others.

The immediate reason for describing my experience is to demonstrate why Congress would be wise to pass the UI administrative funding proposed by President Joe Biden for the next fiscal year, which includes a $200 million increase in state grants. The proposed funding is in the current House appropriations bill, but could get cut out in the coming negotiations.

Federal funding for UI admin has declined substantially over the past couple decades when adjusting for inflation. The modest bump in spending would help reverse this long-running trend and fix some glaring problems. Notably, state programs could afford to act on more recommendations given by the Office of Unemployment Insurance Modernization and its newly appointed deputy policy director, Andy Stettner, who has worked to improve state UI systems for over two decades.

More broadly, though, I think it’s important for policymakers to recognize how underinvesting in basic administrative capacity and the applicant experience hurts, especially when people most need support.

Early in the pandemic, I became unemployed and applied for UI through the state I had primarily worked in over the prior seven months: New Hampshire. Upon reaching the state employment website, I immediately wondered whether I was in the right place. Moreover, why did the landing page look to be of similar quality to my former high school’s rinky-dink directory?

My confusion grew when I clicked on the icon to file a claim for benefits. I had to be in the wrong place. What was stated to be a “gateway” to file for unemployment benefits looked more like an invitation to having my identity stolen.

To set up an account, I was asked to provide and confirm my name, date of birth, and, yes, social security number (i.e., sensitive information to enter into a questionable-looking site). Before doing so, I double-checked that I was truly in the right place, even having my parents take a look. Then, after I felt sufficiently assured, I created my profile.

Then pains with completing the actual claims application began. The site says to expect the claims submission process to take around thirty minutes. Yet the application could take an hour or longer for workers that need to describe complicated reasons for exiting a job or individuals with a more extensive list of employers. It can be unclear how much detail is necessary to provide.

While my initial claim took over the estimated thirty minutes to complete, the weekly continued claims application caused me the most problems. Something seemed wrong after the first few weeks — the claims were reflected as submitted in the portal but were not getting approved. Was it because of a problem with my individual application or an overall backlog of submissions, as was happening in many states?

Turns out, I incorrectly responded to the same question on each weekly claim, which was holding up payment. To my knowledge, no one reached out to let me know of the issue and resolve it. The onus was on me, a novice with the claims process, to recognize there could be a problem with my application. Once I managed to speak with a department staffer, they corrected the error.

Fortunately, I had no further problems for the remainder of my unemployment spell. I looked for work and submitted my weekly benefit claim without trouble until I secured my next job. However, the challenges faced when trying to access the benefits I was eligible for stuck with me.

As frustrating as my application experience was, many others suffered (and continue to suffer) through worse. I made it through the claims process; others, for no fault of their own, didn’t manage to finish due to the various hurdles. I waited a few weeks to start receiving my benefits; others were forced to wait months while dealing with understaffed unemployment offices and claims logjams. I was living with my parents during this period, meaning I was quite literally rent-free and could afford to handle the admin delays; others had essential bills to pay.

Basic administration is not as sexy a topic as revamping weekly benefit sizes, but time is money. Applicants suffer when the claims process is unclear and states cannot promptly deliver benefits. People need those payments to cover necessities like food and medicine, and the delays force them to ration. Sometimes the lengthy processing time has been fatal.

The least Congress can do now is to approve more funding so that the right people get their benefits quickly. State programs are failing at this fundamental task even in good economic times. The administrative computers are old and the application websites are faulty. They need to be modernized and managed by enough workers. Too many workers are eligible for unemployment benefits but cannot make it through the cumbersome and poorly set up systems.

There are understandably many competing priorities to incorporate into an end-of-year spending package. Still, adequate financing for UI administration must not remain on the back burner. The requested funding is a drop in the bucket and will pay dividends for workers in the long run. If Congress wants to prevent similar processing issues like those seen over the past couple years, it needs to prioritize investment in and upkeep of UI administrative systems now.