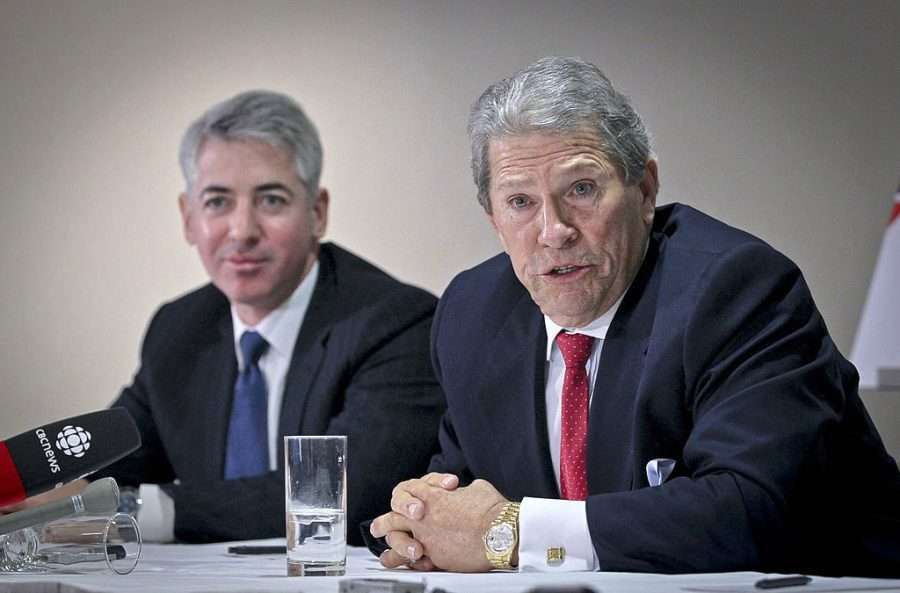 “Precision scheduled railroading” was pioneered on Canada’s railways. The proof of concept suffered from increased train crashes — and worker injury, exhaustion, and death — but outsize profit for railways clinched the system’s implementation.

For years, US rail magnates have expanded their profits by lengthening train routes, cutting staff, and implementing brutal and hazardous speedups. Together, these measures constitute a policy known as precision scheduled railroading (PSR).

After months of bitter negotiations, US congress — Democrats and Republicans alike — have found common ground in taking away 115,00 railworkers’ right to strike. This was an effort to preempt railworkers’ striking for paid sick days and changes to scheduling. Unlike 80 percent of US workers, these railworkers are forced to prebook vacation time if they need to see a doctor or recuperate from illness.

That policy, PSR, is an industry standard. Nominally aiming to “minimize the ratio between railroads’ operating costs and their revenues,” in practice, PSR means penalizing workers for lost time, extending the length of trains, and running them at a breakneck schedule. According to New York Magazine, the Class I rail firms that dominate 83 percent of US rail have used this policy to cut 30 percent of their employees since 2006. Since the introduction of PSR, health experts and congressional committees have warned that it strains workers and increases the risk of derailments.

Before this hazardous policy was adopted by America’s rail giants it was pioneered in Canada by CN Rail and Canadian Pacific (CP) with fatal results.

A decade ago, the activist investor Bill Ackman won a proxy battle at Canadian Pacific and proceeded to replace its management with a team led by Hunter Harrison, the railway executive who’d pioneered PSR. After imposing the gospel of “more with less” at Canadian Pacific, Harrison left to spread the good news to the freight giant CSX. At each firm, PSR. succeeded at generating higher returns. Pretty soon, major investors in other railroads started calling on their firms to imitate Harrison’s methods.

Prior to his 2017 death, Harrison served as the head of several Class I firms across Canada and the United States — from Burlington Northern Railroad in the early 1980s, to Illinois Central (IC) in 1993, to the then recently privatized Canadian National Railway in 1998, to Canadian Pacific in 2012, and finally CSX before his death in 2017.

In eulogies after his death, much was made of how Harrison supposedly “rewrote the Canadian railroading book,” but the reality is simpler. As his doting biographer Howard Green notes, Harrison — “a self-described bully as a child” — simply used the skill of his tech staff to grind more work out of his railroad employees in digital speedup schemes.

Green’s biography of Harrison, Railroader: The Unfiltered Genius and Controversy of Four-Time CEO Hunter Harrison, notes that when he became vice president of transportation for Burlington Northern Railroad, he took a keen interest in the company’s existing online inventory tracker. From there, he found ways to cut capital spending, depreciation, cash flow, and traffic patterns under the name Major Corridor Service Measurement. The key to his ruthless parsimony was tracking workers in the same way that inventory was tracked.

With the help of former FBI agent Laird Pitz, Burlington Northern, CN, and CP Rail, Harrison persuaded management to embrace his strategy, pivoting to the new system which forced the firm’s workers to make up for lost time, depreciation, and capital spending. As Harrison put it, “What train velocity does for efficiency, is what longer trains mean for efficiency.” The repercussions of these changes meant shifting to an hourly wage system. When he encountered pushback, Harrison threatened the leader of the union in Memphis with an ultimatum: “If you don’t ratify this agreement, I’m going to contract out every job on the railroad I can.”

In the 1990s, Illinois Central, where Harrison oversaw a key “choke point” for North America’s rail lines, was bought out by CN Rail. By 2003, Harrison was CEO of CN Rail and working to transform it into a PSR entity.

At CN Rail, with the help of future Canada Infrastructure Bank head Michael Sabia, Harrison introduced PSR. The result was aggressive cuts. Over his first sixteen months at the helm, Harrison oversaw CN cuts to six hundred trains — 35 percent of its locomotives. By 2003, another 186 had been sold at $2 million each. The new regime also meant dramatic and dangerous changes for staffing.

Instead of running three-day shifts, Harrison’s tenure also saw CN move to a twenty-four-hour schedule and, according to Green, “Every employee had to become a precision railroader.” Green outlines how, in Harrison’s first year, CN rail’s average train velocity increased 16 percent. As Harrison himself put it: “If you measured in hours, everything becomes more precise. If you measured car inspections in seconds, they got faster too.”

One needn’t be an engineer to see how this might cause accidents. And, indeed, as Green notes: “There were also certainly some high-profile accidents while Harrison was CEO.”

In 2013, Canadian Auto Workers union local 10001 president Tom Murphy told the Kingston Whig-Standard that, as a result of the PSR changes: “Our guys are not allowed [to inspect the rail cars] because they just want to get them out fast, and if you take too long, you’re sent home.” Murphy added that disciplinary action can range from a five-day suspension to “outright firing.” Investor’s Business Daily put a more deferential spin on the effects of PSR after Harrison’s death, observing that “trains were longer and they traveled faster. . . . [Workers] spent less time in terminals loading and unloading and more time on the road.”

In May 2003, as reported in the Tyee, a CN Rail train crashed 4.5 km west of McBride, killing two employees. In 2005, a CN Rail train hit a “defective rail” and spilled 184,290 gallons of Bunker C fuel and 23,247 gallons of pole-treating oil into Lake Wabamun. Two days later, another CN accident spilled 10,566 US gallons of toxic caustic soda into the same lake, killing half a million fish. Another CN crash in Mississippi that same year cost four lives because “the crew’s attention to signals was most likely reduced by fatigue.”

As the Kingston Whig-Standard reported further, a federal safety review of the country’s largest railways in 2007  “chastised CN under Mr. Harrison” for failing to report “hundreds of derailments” and for making workers  “reluctant to report safety violations for fear of reprisal.” At the time, a spokesperson for CN Rail called the report “faulty” and “biased.” But, as CTV News confirmed, CN Rail had indeed “seen some of the worst incidents” on railways in the country.

“Blood on My Hands”

In 2012, Harrison took over as head of CP Rail. The company immediately moved to cut 4,500 jobs — 23 percent of its overall workforce — and increase the speed and length of its trains. Teamster spokesperson Stephane Lacroix told PressProgress the implementation of PSR meant “50, 60, 70 hours — a couple of days — away from home,” leading “to injuries, to exhaustion, to death, to a lot of issues, a lot of mental and physical issues.”

In 2013, a Financial Post headline asked: “Are derailments the cost of CP Rail’s efficiency drive?” The Royal Canadian Mounted Police (RCMP) is currently looking into one 2019 crash that killed three workers for possible criminal charges.

Toward the end of his life, as Harrison’s PSR model was adopted by all but one of the US’s seven Class I railroad companies, he told the US Surface Transportation Board that he accepted responsibility for workers’ deaths. “I got blood all over my hands,” Harrison said, in a bizarre digression in the public listening session, “from injuries in this industry that should have been avoidable.”

According to the Financial Post, Harrison never used the acronym PSR. “What in the shit is that?” he asked, preferring to call it, “scheduled railroad,” “precision railroading,” or “common sense.” According to the Post, “He didn’t care what it was called. It was the message that mattered — longer, faster, on-time trains, using the fewest assets possible.”

Harrison provided a model to capitalists across the United States and Canada for how best to exploit their workers by making them work faster and faster at the direct expense of their livelihoods, health, and lives. This is the key to profit — for every firm. Bosses that maximize workers’ output and minimize their wage share are lionized. Harrison is thus celebrated for his “genius” by the business press because he best exemplified capitalism’s sole driving purpose — the unending search for profit. Under the brutal exactitude of PSR, this profit maximization has taken a particularly deadly expression in the railroad sector.