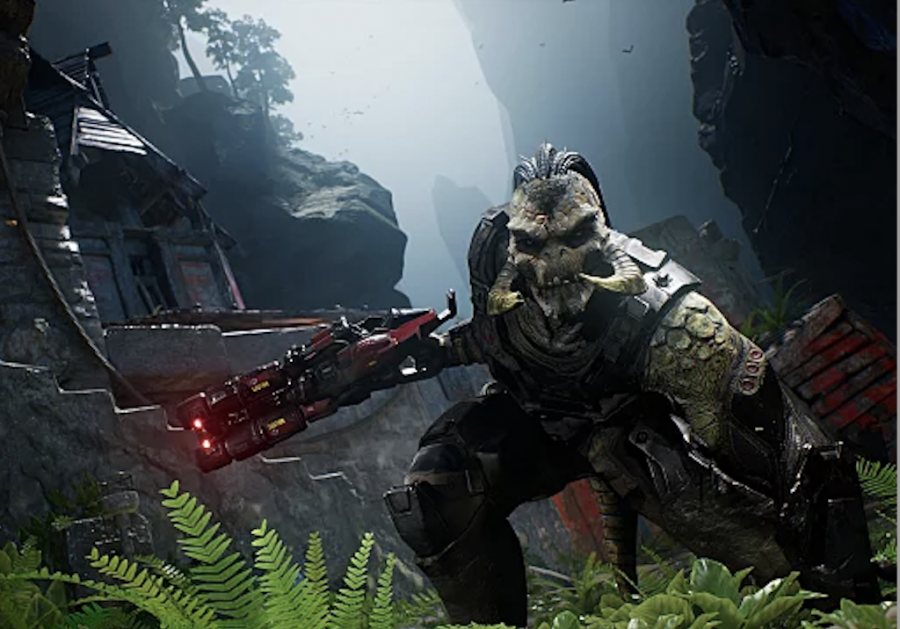 Epic Games is shutting down the iconic Unreal series, continuing the games industry’s disturbing trend of turning its own history into abandonware.

When Epic Games released their highly anticipated first-person shooter Unreal on May 22, 1998, the game’s publisher GT Interactive announced its arrival with the proclamation: “Unreal Is Real.” With the kind of hyperbole worthy of the extreme ’90s, GT Interactive declared that Unreal would not only revolutionize 3D action games but would reshape gamers’ perception of reality itself.

From a certain point of view this came to pass. Although Unreal was codeveloped with the Canadian studio Digital Extremes, Epic had supplied the 3D technology and editing tools, and had the most to gain. The successful launch of Unreal allowed Epic to license the game engine that powered its vast alien landscapes and cutting-edge effects to other game developers, reshaping how games are made.

The Unreal Engine, now in its fifth incarnation, is one of the games industry’s most popular software development tools, having powered popular series like Mass Effect, Assassin’s Creed, and Epic’s own extremely popular online “battle royale” shooter Fortnite. Unreal is the cornerstone of Epic’s transformation from a small shareware company into one of the most significant game developers and publishers in the world, with investments from media conglomerates like Sony and Tencent worth billions of dollars.

Now, Epic is set to change reality again — to the detriment of video game culture and history. On December 14, Epic announced on its website that the company would be suspending online services and servers for seventeen games in January, including Unreal, its sequel, Unreal 2: The Awakening, and all entries in Unreal’s even more popular competitive multiplayer spin-off series, Unreal Tournament. Although the games are more than two decades old at this point, both the original Unreal Tournament and Unreal Tournament 2004 have active competitive scenes, and along with Unreal, are popular platforms for the creation of custom models, maps, skins, or even entire games.

Epic immediately “delisted” all of the classic Unreal games from the online PC marketplace Steam, making them unavailable for purchase. GOG, a digital marketplace specializing in older game titles, was able to hold onto four games in the Unreal series for a week after the announcement, but the games were eventually removed from there as well. Unreal has unfortunately become another victim of an industry that puts the maximum extraction of profit ahead of any historical or cultural value a game may hold.

Sadder still is the fact that Epic’s shutdown and removal of Unreal isn’t an anomaly. Instead it’s symptomatic of the games industry’s deliberate neglect of its own history. The games landscape is increasingly littered with “abandonware” — software that is no longer updated, supported, or sold to the public by its original publisher — and it’s only going to get worse. If Unreal can be delisted, then no game is safe.

A Pattern of Hostility and Neglect

In recent years, the games industry has used planned obsolescence, strict enforcement of copyright law, and even outright neglect to transform huge numbers of games into abandonware. In March 2023, Nintendo will be shutting down the digital storefronts for its older game consoles — the Nintendo 3DS and Wii U — rendering hundreds of games unavailable. Last year, Sony also tried to shut down the digital marketplaces for its older game consoles, the PlayStation 3 and PlayStation Vita, but reversed course after sustained public outcry.

In the context of an exclusive retro video game market where prices for physical copies of older game titles can reach the hundreds or even millions of dollars, such shutdowns threaten public access to games history. Despite techno-libertarian declarations of a “long tail” economy where all culture is available forever, the digital future is beginning to look very sparse.

To combat this, academic institutions and organizations like the Strong National Museum of Play, the Museum of Art and Digital Entertainment, the Video Game History Foundation, and the Internet Archive are doing their best to preserve and make available more than just the software, but also the materials — ranging from box art to magazine ads to design documents — that make up the culture and context of games history. However, they face difficult, uphill battles against an industry hostile to any form of game preservation.

In 2015 and 2018, partial exemptions to section 1201 of the Digital Millennium Copyright Act (DMCA) that prevents “tampering” with built-in copyright technology was granted to academic institutions so that games could be made available locally for research purposes. These exemptions are particularly important for defunct multiplayer games that no longer have active or available servers. The games industry’s main lobbying group, the Entertainment Software Association, tried to prevent even these partial exemptions from being established, declaring that any exemption to section 1201 was a form of “piracy,” even for games that will never be resold or distributed again.

Resisting the Enforced Amnesia of the Games Industry

In a 2014 blog post, Felipe Pepe, editor of the Computer Role-Playing Game Book Project, correctly diagnosed why the games industry is averse to its own history: “It’s very important to make consumers feel that they are living at the very best gaming period ever, that there’s no time like now.” Resisting the obsession with “now” is imperative, especially when major industry events like the Game Awards strive to convince everyone that the sum of games culture is whatever is authorized by multimillion dollar ad campaigns.

What are the material incentives for delisting games — ones that a publisher or developer ostensibly owns and could potentially still benefit from making available? Sometimes a games publisher may want to put out a port or remake of a popular title in their back catalogue, causing older versions to be removed. Epic may want gamers to move on from the older Unreal titles. Although not officially announced as of yet, it seems that they will be bringing out a new, free version of 2007’s Unreal Tournament 3 as Unreal Tournament 3 X, designed to take advantage of new features available through Epic Online Services. Games may also be delisted due to licensing fees for intellectual property (e.g., music), the expense of running out-of-date servers, or unexpected costs. The Federal Trade Commission just slapped Epic with a $520 million fine, the largest in the agency’s history, related to the sale of digital items and privacy violations in Fortnite. Consequently, Epic founder and CEO Tim Sweeney might be looking to pinch some pennies.

There is a sliver of hope thanks to community developers dedicated to optimizing and updating classic games. In the case of Unreal and 1999’s Unreal Tournament, a dedicated community called OldUnreal offers patches that not only enhance the gameplay experience on modern PCs, but also provides support for playing on community-run servers. After Epic shuts down their own servers, people will still be able to play online with each other in these two games. Currently, no such solution exists for Unreal Tournament 2004 or the rest of the Unreal franchise.

There are open-source projects like DOSBox, an emulator that allows you to launch and use a wide range of games and utilities for Microsoft’s older MS-DOS operating system. DOSBox makes it possible for anyone to play and access a wide range of PC games that may never see an official release again. This past summer, I became a little obsessed with a free game on Steam called AQtion, a modern update of an action movie–themed modification of id-Software’s Quake II. It is still being updated regularly by a community development team and has small but active competitive and casual scenes. This underscores another important point: it’s not enough that older games are available for research; they also need to be played.

The best solution to the games industry’s enforced amnesia would be to require that any game that becomes abandoned should be put in the hands of a dedicated and supportive community. Exemptions in the DMCA should not only be extended to institutions and academics but to anyone, amateur or professional, curious enough to explore what the culture of games has to offer beyond the whims of an industry hostile to change and meaningful cultural expression. Instead of waiting for the next game to reshape our reality, we should have the ability to take control and do it ourselves. That would be truly unreal.