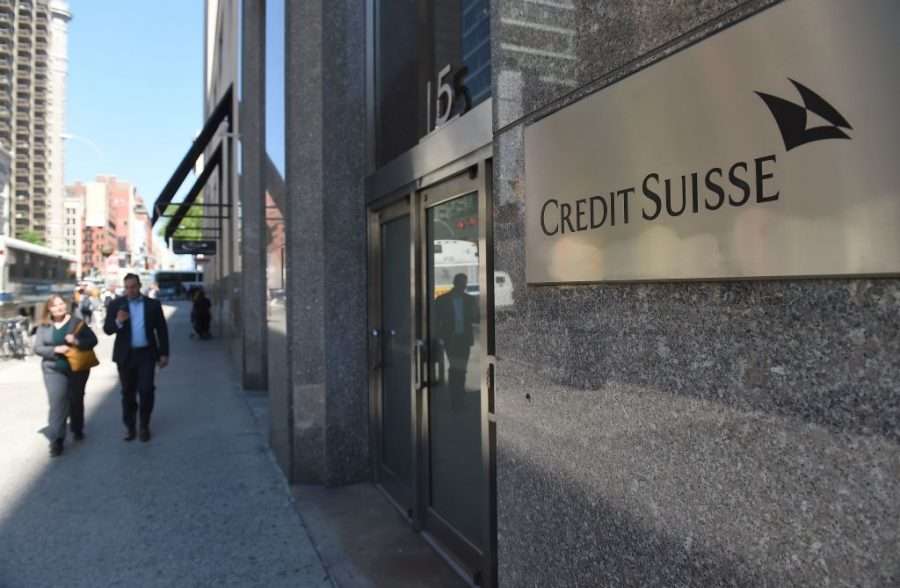 A new federal proposal would punish banks that have committed crimes by preventing them from managing retirement funds. Wall Street disagrees — and is deploying an army of lobbyists to block the proposal.

Amid a financial crime spree and spate of corporate convictions, federal regulators recently floated a proposed fix: strengthening an existing rule designed to bar criminal banks from managing — and profiting off — trillions of dollars of retirement funds.

The idea seemed simple enough: banks would be deterred from committing crime by the prospect of losing lucrative business, and American workers would be better assured that their retirement money wasn’t being managed by literal criminals.

And yet despite the idea being grounded in long-standing law, the new initiative has prompted a Wall Street freak-out. In recent weeks, financial behemoths have deployed an army of lobbyists to try to block the proposal, and prevent the government from making sure criminals are not skimming fees from millions of retirees.

Even after the financial crisis that cratered the global economy, presidential administrations from both parties have routinely waived such rules for criminal banks that have delivered them large campaign contributions. But a new Biden Labor Department initiative could change that, making it tougher for banks convicted of crimes in the United States and abroad to operate in the $39 trillion retirement savings industry. The revised rule would also apply to banks that have agreed to settlements with the government to resolve criminal investigations.

After decades of enjoying a de facto get-out-of-jail-free card, the banking industry’s lobbying army is protesting the proposed changes, effectively arguing that punishing criminal banks could result in added costs for customers and limit their choices of investment advisers.

“Ironically, rather than benefiting plans, a finalized proposal could inflict immediate and lasting harm on plan participants and beneficiaries,” the American Bankers Association, a lobbying group for big banks, wrote in a comment submitted to the Labor Department in October.

One lobbying group representing vendors for private retirement systems told Dow Jones that if existing rules are changed, “somebody has to bear the costs. We hope that wouldn’t be plan participants.”

Financial reform advocates have a simple rebuttal. “It’s unconscionable for serial corporate offenders that are violating laws all over the planet to be advising public pension funds,” said James Henry, a Global Justice Fellow at Yale University and former Wall Street economist.

Henry has chronicled a “global bankster crime wave” that’s resulted in $300 billion in fines and settlements paid out by the world’s top twenty-two banks since the late ’90s — for tax dodging, money laundering, mortgage and securities fraud, and more.

To escape criminal charges, banks often rely on so-called deferred prosecution agreements, as Wells Fargo did in 2020 when it agreed to pay a $3 billion fine and cooperate with federal investigators to resolve allegations that it opened millions of customer bank accounts without authorization.

After closing the comment period for its stricter proposed requirements on December 16, the Labor Department is now finalizing the new rule.

Waivers During a Crime Spree

The battle revolves around the so-called QPAM exemption, which big banks rely on in order to manage — and profit from — trillions of dollars of retiree assets.

First proposed by the Labor Department in the 1980s, QPAM reflected an increasingly consolidated financial system in which pension investments had become a very lucrative business. The banking behemoths advising retirement funds also issued the higher-risk investment products now being sold to those funds, making it easy to run afoul of the federal Employee Retirement Income Security Act, which includes broad prohibitions on conflicts of interest in pension investing.

Enter QPAM, which allows banks to skirt conflict of interest laws when managing retirement savings, so long as they “maintain a high standard of integrity.”

“QPAM means, ‘You’re going to sell your customers stuff that possibly involves a conflict of interest,’” explained Bart Naylor, financial analyst at government watchdog group Public Citizen. “So we’d better make sure you’re such a Boy Scout of a company that any potential conflict won’t interfere with what’s really good for your customers.”

In addition to establishing requirements for the size and registration status of investment advisors wishing to make use of the exemption, the Labor Department included a caveat that if a financial institution had been convicted of a felony within the last decade, they would have to seek a special waiver.

For decades, the department rubber-stamped those waivers. Then came the 2008 financial crisis and a torrent of misconduct too big to ignore by “too big to fail” banks.

Financial reform advocates saw a rare window of opportunity when, after Credit Suisse pled guilty to criminal charges over a high-profile scheme to defraud the Internal Revenue Service in 2014, the bank asked for a waiver to extend its QPAM exemption. In a first-of-its-kind public hearing in January 2015, critics led by consumer advocate Ralph Nader lambasted lax oversight and urged the Labor Department to deny Credit Suisse’s request.

After grilling the bank about whether its asset management division had any hand in the crimes, the department ultimately extended its QPAM exemption for another five years, then five more during the Trump administration, which also narrowed the scope of disqualifying crimes.

The Labor Department continued to hand out waivers to dozens of other scofflaw banks, including Goldman Sachs after it pled guilty to bribing Malaysian officials, Deutsche Bank after it entered into a deferred prosecution agreement to resolve claims over bribing foreign officials, and five other major banks that had all received convictions for currency price-fixing.

Then Credit Suisse had to seek yet another waiver when it was caught helping defraud investors who financed a fishing project in Mozambique. This spring, the department granted Credit Suisse a one-year extension of its exemption but signaled a coming crackdown on the bank’s “systemic criminal misconduct.”

After the Biden Labor Department proposed its QPAM amendments, the embattled Swiss bank began selling off its US asset management arm, whose clients include pension funds.

The financial behemoths that manage pension investments contend that what happens overseas has no bearing on the safety of retirement savings in the United States.

But legal trouble in a bank’s overseas divisions can serve as a canary in the coal mine, according to Yale University’s Henry. “You don’t have one part of the organization heavily involved in financial crime and another part that’s lily white and pure,” he said.

Pensions are supposed to be managed conservatively, but by relying on the QPAM exemption, managers can peddle riskier investments, making robust regulation all the more important.

At present, there’s a fundamental barrier to more robust oversight of QPAM: the Labor Department lacks a comprehensive list of the financial entities making use of it. Asset managers claiming the exemption ask for forgiveness, not permission, so QPAM status may only come to light when the manager must seek a waiver for running afoul of its requirements.

In addition to expanding the scope of disqualifying financial misconduct, the proposed changes would require banks — for the first time — to provide the department with the names of all the affiliates relying on the exemption, as well as a list of assets they manage. QPAMs would also be required to protect clients from any losses to their funds in the event that they lose their status, including the costs of switching asset managers.

“QPAM status is a privilege, not a right,” wrote Henry in comments submitted to the Labor Department along with three other experts in global banking and financial crimes. “Rather than have the department waste scarce taxpayer resources trying to track down QPAM misconduct, we suggest that the department should consider reversing the burden of proof.”

In dozens of comments submitted through the rulemaking process, asset managers and lobbying groups including the American Bankers Association, the world’s largest investment company BlackRock, and the US Chamber of Commerce urged the Labor Department to withdraw the amendments.

During a November public hearing, retirement industry representatives also questioned whether financial crimes really warranted loss of business, especially if the crimes were committed by an affiliate or subject to a deferred or non-prosecution agreement.

Holding QPAM recipients accountable for such crimes would be unfair to participants in retirement plans “by taking a lot of sorts of things which are really not harmful and saying . . . because of these unharmful events, we’re going to harm participants,” said Kent Mason, an outside counsel for the American Benefits Council, during the hearing. “It’s taking a lot of things which are clearly not egregious and converting them to egregious.”

The American Benefits Council has reported spending more than $280,000 lobbying on issues including QPAM since July of this year. Its members include several big banks and asset managers.

Responding to Mason, a representative for the Labor Department’s Employee Benefits Security Administration (EBSA) asked for an example of a financial crime that was “not egregious.”

“The things that are disqualifying [for QPAM], you know, that gets you to a point of ineligibility are intended to be egregious,” said Tim Hauser, a deputy assistant secretary for EBSA, during the hearing. Listing embezzlement and misappropriation of funds as examples of disqualifying misconduct, Hauser asked Mason, “Why are these things not egregious enough?”

In final comments submitted following the hearing, industry representatives again asked the department to withdraw the amendments. “For almost forty years the QPAM exemption has worked well and has, and continues to serve its purpose,” the Chamber wrote last week.

Citigroup and JPMorgan Chase are both currently seeking QPAM waivers after pleading guilty to antitrust violations.

In a letter sent to the Labor Department last month, Democratic Sens. Tina Smith (MN) and Elizabeth Warren (MA) said they supported the changes to QPAM.

“We have long been concerned that EBSA’s use of individual exemptions has undermined the Department of Labor’s responsibility to protect American workers and their retirement savings from greed, corruption, and mismanagement,” they wrote.