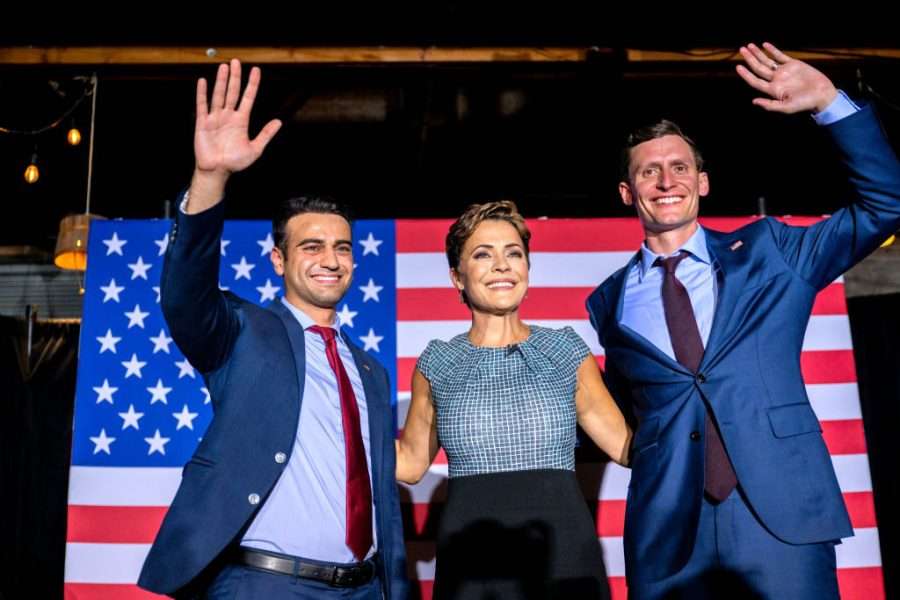 With the rise of polarization, the hard-core ideological right and left have become more visible to normie voters than ever before. In 2022, American voters made it clear which side’s ultras it finds more unacceptable: the weirdos of the Trumpian right.

There was reason for worry about a rightward political takeover this year, concern that we at Jacobin shared. People were angry about inflation and crime, issues that the Right talks more about than the Left. Historically, public distress over those problems has often been good for the Right. But 2022’s midterm elections pointed to a vibe shift: the Right has gotten too weird and scary even for America, a place where, as a point of reference, we’ve grown accustomed to young men walking into public schools and shooting people for absolutely no reason.

Even in this context, Republicans have gone way off the freak end. It’s not just that many have continued to insist, without evidence, that Trump won the 2020 election. Even weirder than that, for example, is that they ran a guy for Senate, venture capitalist Blake Masters, who made a series of utterly bonkers Nazi fetish videos about guns. In one of them, standing in the middle of the desert looking like a serial killer, he lovingly fondles a deadly assault weapon, murmuring several times, with reverence, “Made in Germany.”

Congressional and gubernatorial candidates, along with many loons at the local level, have also been trying hard to fuel a moral panic over trans youth and Drag Queen Story Hour (what decade is it?), claiming that tolerance for trans children was leading to litter boxes in public school bathrooms for kids who identify as cats. Arizona gubernatorial candidate Kari Lake claimed, “They kicked God out of school and welcomed the drag queens. They took down our flag and replaced it with a rainbow.” The level of hate and vitriol behind these absurd claims is disturbing enough, but they’re also aimed at discrediting and defunding libraries and public schools, public institutions that most people rely on.

At least twenty-six congressional candidates in twenty-six states were followers of QAnon, a conspiracy theory holding that our government is run by a cabal of Satan-worshipping pedophiles running a global sex trafficking organization, and of ousting said pedos by violent force.

None of this nonsense is popular. Masters and most of the QAnon followers lost their elections, as did Kari Lake. Republicans lost the Senate, and they also mostly lost school board elections.

It turned out that voters were, quite reasonably, concerned about abortion and climate — good reason to vote against Republicans — and perhaps more surprisingly, paying enough attention to federal policy to notice that Joe Biden did make some progress on climate.

But do you know what was not too weird for America, contrary to what mainstream pundits are always telling us? The Left. In New York, the one place where Republicans did make significant and alarming Congressional gains — New York is the reason why the Democrats lost the House — all the socialists holding office were easily reelected, as was Congresswoman Alexandria Ocasio-Cortez. In the Hudson Valley, socialist Sarahana Shrestha won a state assembly seat in a purple area by campaigning on energy justice and the urgency of addressing climate change, and by inspiring turnout, she also helped Democrat Pat Ryan prevail in a very tight congressional race even as other nearby Democrats stumbled. A simple message of economic justice — as well as abortion rights, criminal justice reform, and marijuana legalization — also prevailed in the key Senate race in Pennsylvania, where left-liberal Berniecrat John Fetterman beat Dr Oz, a goofy health quack, Trump supporter, and New Jersey resident.

There are some downsides to the Republican shift to “weird and scary” mode. For one, it’s genuinely scary. Realizing they can’t win elections, even with voter suppression and harassment, right-wingers are turning to violence. All over the country, armed, violent thugs have been showing up and terrorizing people attending Drag Queen Story Hour events, and much of the menace has been fueled by organized right-wing groups like the Proud Boys and Patriot Front.

Furthermore, it would be foolish to be complacent about the Democrats’ ability to fend off the extreme right, even with so much help from the Right itself. The Arizona gubernatorial race was much closer than it should have been, and New York’s congressional races were a travesty. After all, the structural problems remain. Beholden to corporate America and the rich, the Democrats are ill-equipped to address problems like crime, which require massive social investment. New York should serve as an awful warning to the rest of the country since that’s exactly what happened here: Democratic mayor Eric Adams fueled fears of crime and chaos while imposing an austerity budget, while suburbanites voted their fears and gave the Republicans a House majority.

Still, 2022 offered plenty of cause for hope. We’ve been told for years that mainstream America is afraid of socialism. We’ve also been told that this same mainstream is terrified of queer people and unusual pronouns. 2022 showed that in fact, America is terrified of the weirdo right. Drag queens and socialism, on the other hand, are looking increasingly normal.