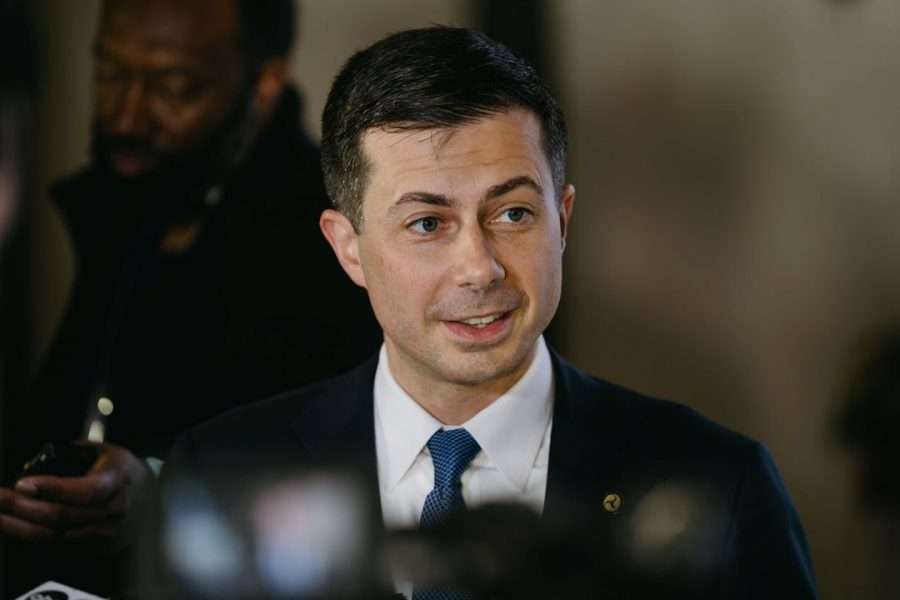 Southwest Airlines’ flight cancellations are stranding thousands. Attorneys general have been sounding the alarm about lax airlines oversight, begging transportation secretary Pete Buttigieg and Congress to crack down — to no avail.

Pete Buttigieg, US transportation secretary, speaks during a news conference at the Memphis International Airport in Memphis, Tennessee, on November 29, 2022. (Lucy Garrett / Bloomberg via Getty Images)

Southwest Airlines stranding thousands of Americans during the holiday season is not some unexpected crisis nor the normal consequence of inclement weather — and federal officials are not powerless bystanders. Before the debacle, attorneys general from both parties were sounding alarms about regulators’ lax oversight of the airline industry, imploring them and congressional lawmakers to crack down.

The warnings came just before transportation secretary Pete Buttigieg appeared on national television insisting travel would improve by the holidays, and before Southwest executives — flush with cash from a government bailout — announced new dividend payouts to shareholders, while paying themselves millions of dollars.

“Americans are justifiably frustrated that federal government agencies charged with overseeing airline consumer protection are unable or unwilling to hold the airline industry accountable,” they wrote in August, arguing that Congress must pass legislation empowering state officials to enforce consumer protection laws against the airlines.

“Better by the Holidays”

Currently, Buttigieg and the Department of Transportation are the primary regulator over airlines thanks to a forty-four-year-old law preempting state consumer protection authority. Model legislation proposed by the American Economic Liberties Project (AELP), an anti-monopoly think tank, and backed by consumer groups would empower citizens and state law enforcement officials to sue airlines that violate consumer protection laws.

One week after the letter from state attorneys general, Buttigieg said on The Late Late Show With James Corden that airline travel “is going to get better by the holidays.” He added that “we’re really pressing the airlines to deliver better service.”

Earlier this month, Southwest — which received $3.2 billion of government support during the pandemic — announced it was reinstating its quarterly dividend for shareholders, at an annual cost of $428 million.

The company made that announcement just days after its CEO — who is paid $9 million a year — admitted the airline has been slow to modernize its computer and scheduling systems, whose breakdown helped fuel the holiday travel disaster.

“If you took our crews, we have a lot moving all over the country,” said Southwest CEO Bob Jordan. “If they get reassigned, someone needs to call them or chase them down in the airport and tell them.”

Michael Santoro, vice president of the Southwest Airlines Pilots Association, told the Los Angeles Times that the company’s “internal software can’t handle massive cancellations. The company hasn’t invested the money into scheduling infrastructure to support the network they have developed.”

While forsaking those technology investments, Southwest paid a handful of executives more than $112 million over the last five years, according to executive compensation data compiled by Salary.com.

One week before the Southwest scheduling disaster, thirty-four attorneys general led by Colorado Democrat Phil Weiser sent another letter begging Buttigieg to “impose significant fines for cancellations and extended delays that are not weather-related or otherwise unavoidable.”

“Yet to Fine Any Airline a Single Dollar”

Buttigieg now seems to be threatening some sort of enforcement action, tweeting on Tuesday: “Southwest passengers have experienced unacceptable disruptions and customer service conditions. I have made clear to their executives that our department will hold Southwest accountable for making things right with their customers and employees.”

But critics charge that his agency has continued to do almost nothing in the face of egregious abuses of consumers.

“The Department of Transportation has announced a rule on refunds that won’t take effect for at least 2-3 years, sent the airline CEOs a letter, and promised to unveil an information dashboard,” wrote AELP:

It has yet to fine any U.S. airline a single dollar for unpaid refunds, flight cancellations, or systematic violations of consumer protection law, and has issued fewer enforcement orders in 2021 than in any single year of the Trump and Obama administrations.

Buttigieg was appointed to lead the Transportation Department despite having no relevant experience in transportation management. His former consulting firm, McKinsey, has published reports suggesting ways for airlines to extract more fees from consumers.

In recent months, Southwest has been lobbying Buttigieg’s department on “airline customer service and consumer protection issues” and “fare fees,” according to federal disclosures. Southwest has spent more than $2 million on lobbying since Joe Biden took office and Buttigieg became secretary of transportation. Last year, the company paid at least $796,000 to the airline lobbying group Airlines for America.