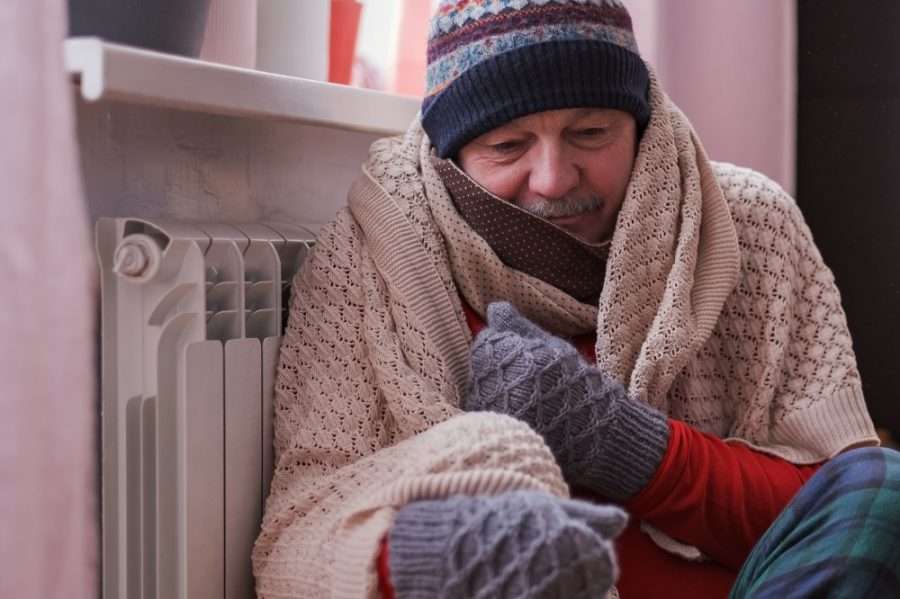 The opening of hundreds of warm spaces across the country is proof of how desperate so many have become – and an indictment of a government willing to let people freeze in their own homes.

The website warmspaces.org, one of a few directories, has over 1500 locations registered, and its founder Jason Baldry says it’s had 500 new additions in just the last ten days. (Koldunov / Getty Images)

In early December, Nadhim Zahawi announced that people in this country—specifically nurses—should suffer through the unprecedented cost of living crisis in meek silence to ‘send a very clear message to Mr Putin’ that the country will remain united. In his mouth, the government’s refusal to reduce the scale of cold and hunger so many are facing this winter by giving workers pay rises equal to rampant inflation was reframed as a generous opportunity for the public to display their patriotic duty.

It was a pathetic attempt to shift the blame, and most people recognised it as such. How could they not? A report from the Joseph Rowntree Foundation has recently found that over three million low-income families can’t afford to heat their homes, and that the lacklustre discounts and cost of living payments offered by the government aren’t enough to bring them in out of the cold. The choices on offer to those families seem to be these: burrow yourself into debt, endure the weather to the potentially serious detriment of your health and wellbeing, or venture from your home to find warmth elsewhere.

As a result, warm banks (or warm hubs, or warm spaces)—locations where those suffering from the cold temperatures can keep warm—have proliferated over the past few months. The website warmspaces.org, one of a few directories, has over 1500 locations registered, and its founder Jason Baldry says it’s had 500 new additions in just the last ten days. Among those listed are churches, village halls, pubs, and cafes. Each offers warmth, and some food and hot drinks, among other helpful services like blood pressure checks.

The incredible resourcefulness of local councils and voluntary organisations shown in the popping up of warm banks all over the country should come as no surprise. Food banks show that in twelve years of Tory rule, both have been expected to fill in the gaps left in people’s lives with stretched resources and, almost always, with the goodwill of the public serving as a buffer. Back in 2010, the Trussell Trust ran 35 food banks. After the austerity of the ensuing decade that number now stands at 1,400, in addition to at least 1,172 that are independently run.

Once an extreme, food banks and the hunger to which they respond have become so embedded in our society that the politicians most responsible for their proliferation celebrate their existence, and use them as photo opportunities, or vilify those who have come to rely on them and say personal failings landed them there. Very few seem to be willing to talk about the real truth foodbanks expose: the abdication of responsibility by those who are meant to run the country, and the decimation of what was once a safety net.

If something doesn’t change soon, warm banks could succumb to the same fate. Warm banks have become known in the wider public imagination through a combination of need and mainstream media coverage about their surge in numbers, and at present, the response to most is shock—but it’s not hard to imagine the pictures to be snapped by politicians showing up nobly to ‘help out’ at their local warm bank this winter, or certainly winters to come. This process in turn will drive acceptance and divert attention away from the fact that in one of the world’s richest countries, the existence of even one should be a source of national shame.

Of course, not everyone feels that way. Big energy companies, by contrast, have had a bumper year. In July, it was reported that the profits of British Gas owner Centrica had increased five-fold in a year, and in November, that the profits of SSE had more than tripled. Shell and BP have made billions upon billions. For those politicians unwilling to challenge the power of these companies, warm banks are the ideal alternative to the measures really needed to bring down our bills along with their profits—thorough taxes, green energy investment, insulation schemes, and the nationalisation of the energy supply firms.

To accept that warm banks proliferation is a source of great shame for this country is not, in any form, to undermine the efforts of those working hard to run them when people are in such desperate need. More often than not, those providing support on the frontlines are those most acutely aware of how desperately things have to change.

Among the army of volunteers looking to help people keep warm this winter are people like Natalie and Ange, who recently set up a warm hub in Dalston Lane Community Centre. ‘We’ve had a mix of different ages, so we’re currently trying to figure out the best way to cater for everyone—there are a lot of things to consider, and every community is different,’ says Natalie. Natalie explains that their activities take place in response to the needs of the surrounding community, and so this year a warm hub swiftly came onto the agenda.

Having just started this week, things are still getting up and running, with ideas being bandied back and forth about how to enliven the experience for attendees with wellbeing activities. ‘Though helping people with the immediate issue of being cold is the main priority, we want to take the opportunity to reassure them the current issue with the cost of living shouldn’t be considered ‘the norm’, and that they shouldn’t take this energy situation lying down,’ explains Ange.

The contrast between the work taking place on the ground among volunteers like Natalie and Ange and the disconnect in the halls of power is striking: in a Lords debate on warm hubs in late October, Baroness Scott of Brybrook encouraged those around her to ‘google’ warm hubs, as she had done, seemingly for the first time, that day. While warm banks should never have become necessary in the first place, that people are willing to dedicate time and effort to them is also a reminder of the strength of collective feeling and care that still exists in this country, despite decades of effort from the top to run it down.

But the sad truth is that warm banks stretch far past this year. Way back in 2015, when the Trussell Trust were first warning of a major surge in demand for food banks, Community Action Northumberland (CAN) began running a warm hub initiative. ‘Warm hubs have always been needed in Northumberland because, unfortunately, isolation and fuel poverty have always been issues,’ Andy Dean, chief executive of CAN, tells me. ‘The energy crisis has significantly exacerbated the need, but the issues won’t go away when energy prices start to recede.’ A newsletter on the initiative notes attendees ranging from eight up to 93 years old.

Once again, we reach a new scale of crisis and another government failure becomes a fact of life. The expectation that charity is there to plug the gaps left by a negligent government grows. People scramble to help each other as best they can, energy companies continue to hoard their profits, and those with the power to enable people to heat their homes shrug. Either they are ignorant of the suffering of millions, or they’re apathetic. It’s hard to know which is worse.