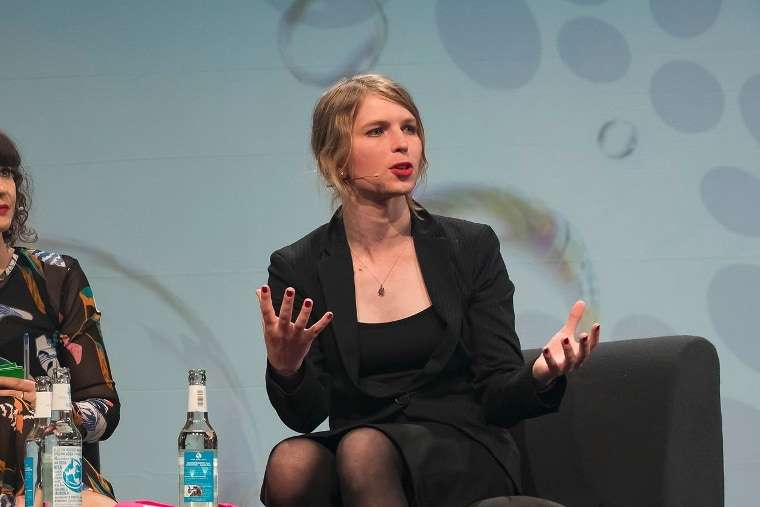 Chelsea Manning, with huge courage, exposed crimes of US imperialism and at the same time went through a personal journey of liberation. She details it all in  a new book, Readme.txt.

Manning leaked 750,000 classified US army documents in January 2010 that she had downloaded onto SD cards and CDs. The leaked files included “every single incident report the US Army ever filed about Iraq or Afghanistan” as well as details of Guantanamo Bay and airstrikes that killed civilians. The impact was immense, showing the reality behind the lies of politicians, spies and generals.

She began intelligence training in 2008. “We were trained to see classification as life-and-death,” she writes of the secrecy process.

“More and more I began to question the rationale for keeping so much information classified. There seemed to be no consistent internal logic to classification decisions. It doesn’t exist to keep secrets safe, it exists to ­control the media”.

Manning was deployed to Iraq in 2009 where the job became “her universe”—and her mental health severely deteriorated. “My job was to analyse, with emotional detachment, what impact military decision and personnel movements were having on this giant, bloody ‘war on terror’,” she writes.

Civilians would be killed without any remorse from the US army camp, making her more and more disillusioned. “All-consuming frustration” filled her, especially as the truth was purposefully shielded from the public.

“Our involvement was about the bigger picture, not the countries we invaded. It was about trying to project American hegemony to other powers in the region. I didn’t want to be stuck any longer,” she thought as she turned 22.

Manning leaked ­documents to Julian Assange’s WikiLeaks which drip fed the information. It came after a “frustrating ordeal” of being ignored by the New York Times and Washington Post.

But she remained ­“optimistic that society would benefit” from the information. “What I was trying to do had never been done before,” she wrote. As a result, the state attempted to destroy her.

Manning was taken to a naval base in Kuwait and left in a cage in a tent for 59 days. “I began to believe I was already dead,” she explains.After attempting suicide, she was put on full lockdown—unable to leave the cage at all.

Once WikiLeaks revealed more documents, she was moved to the US. Manning was kept in solitary confinement for nine months. “My depression deepened,” she wrote.

As campaigns against her treatment grew louder and the files about Guantanamo came out, Manning finally left solitary confinement.  She was detained for three years before facing a court-martial, where she was charged with 22 counts, including “aiding the enemy”.

All the while, Manning “was grappling with my gender identity and ­working inside an army that didn’t officially allow people like me to serve openly”, she writes. From a young age Manning struggled with her gender dysmorphia—grappling with identifying as a gay man while burying her identity.

Her time in the army from September 2007 was consumed by the Don’t Ask Don’t Tell policy, which banned soldiers from being openly gay. The court martial found her guilty of 17 charges and the military judge pronounced a 35-year sentence.

She ­publicly came out as transgender in February 2013. But a battle to receive ­hormones continued until 2015. A promise of surgery came only after a hunger strike and more suicide attempts.

Manning was granted clemency in January 2017 as president Barack Obama, who had headed up the “war on terror”, left office. She left prison in May 2017 but was then re-imprisoned for several months in 2019 for refusing to testify against WikiLeaks. Her story is about ­resistance to war—and also fighting to be free.

Buy README.txt: A Memoir from bookmarksbookshop.co.uk £20 hardback, soon to be published as a paperback