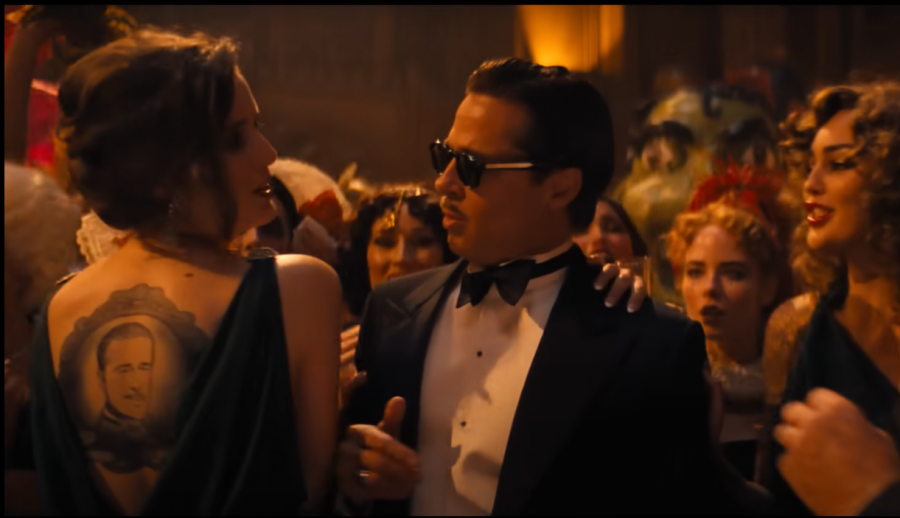 It’s not really clear what Damien Chazelle is trying to accomplish in his latest, Babylon. The movie is so awful that he should probably be banished from Hollywood.

I was so repulsed by Babylon, the latest film by Damien Chazelle (First Man, La La Land, Whiplash), that I couldn’t get out of the theater fast enough once the three-hour-and-eight-minute movie finally ended its stupid assault on the senses.

Not because the portrait of 1920s film-industry decadence Chazelle is trying to shove in our faces is shocking. It’s not — he adopts the tone of some idiot from Hicks Corners USA who’s just heard that Hollywood parties could get kind of wild and can’t get over it. It’s because Chazelle has made a film of such incompetent goofiness, it actually hurts the brain to take it in.

The film is so visually ugly, it conveys nothing of the ocean-cooled, orange-tree-scented paradise that was Southern California in those days, which inspired 1920s comedy genius Buster Keaton — who was not at all inclined toward poetic speech — to say reverently, “The air in California was like wine.”

Chazelle’s weirdly anti-sensual film is so insistent on the opposite qualities that at first it seems that his whole project is to shit on early Hollywood in the most literal way. His first scene — involving the arduous delivery of an elephant as exotic entertainment to an orgiastic party at a producer’s hilltop mansion, culminating in the terrified animal defecating directly into the camera — seemed to subtly hint at such an agenda. And once we get to the party, a young starlet urinating on a naked, obese film star — presumably evoking comedy film star Fatty Arbuckle, who giggles childishly that “it tickles” — makes it clear that the supposedly sexy party will be no more enjoyable to watch. It’s strenuously unpleasant, the whole thing.

Though Margot Robbie as Nellie LeRoy — hard-partying star from a harrowing, impoverished background, clearly modeled on Clara Bow — writhes with all her might in a throng of equally strained revelers, it’s about as exciting to watch as YMCA group calisthenics. Again, it seems like it must be intentional, the traveling shots through the dancing, gyrating, rutting showbiz crowd that never make any of it seem enticing. But as Babylon goes on, and the coming of sound wrecks many careers and renders the raucous on-set filmmaking atmosphere tense and regimented, the insistence on silent film Hollywood as “the most magical place that ever was,” as established star Jack Conrad (Brad Pitt) puts it, makes it hard to understand what Chazelle is going for. Are we supposed to think, “Yes, so magical!” or “Was it, though?” or feel torn between the two responses, or what?

Certainly Chazelle has no gift whatsoever for capturing the magic of the best of silent film imagery. Unlike the loveliest ’20s cinema, Chazelle’s compositions suck, and his lighting is muddy. The passionate embrace between a Jack Conrad character and his romantic ideal, which is apparently supposed to represent the height of the silent film effect of showing us gods and goddesses in the throes of romance, is shot so incompetently I was once again lost in confusion. Is Chazelle trying to make it look mediocre, so that the characters expressing an almost religious fervor about film just seem stupid?

Most damnable of all is the way Chazelle neglects an obvious way of evoking silent-film magic that would’ve been entirely accurate: the silver nitrate in the old film stock that made it so dangerously flammable also made images glisten and glow with an incredible fairytale beauty, which Chazelle utterly fails to capture. Hasn’t he heard that you can mimic almost any cinematic look with that newfangled instrument, the computer?

The lack of magic also makes it hard to relate to sweet-faced naïf Manny Torres (Diego Calva), the lowly Hollywood gofer who helped deliver the elephant. No matter how much shit rains down, he nevertheless regards Hollywood with worshipful eyes. A Mexican-American outsider with dreams of participating in something big like the movies, he’s told dismissively when he asks if he can possibly work on a film set in any capacity, “You’re where you belong.”

But in the chaotic party atmosphere of Hollywood, which dominates the raucous on-set milieu as well, anything is possible, including — in Manny’s case — getting suddenly befriended by big star Conrad after driving him home from the opening sequence bacchanal. LeRoy gets her big break at the same party, and the two start their parallel rise to the Hollywood heights, Manny as a producer and studio executive, and Nellie as a star whose persona as “the Wild Child” is based on her party-girl excesses that will eventually bring her down.

A few other careers are charted as well, though in very sketchy detail. Li Jun Li plays Lady Fay Zhu, a cross between Chinese-American film star Anna May Wong and Marlene Dietrich, whose performances of lesbian erotica are embraced in the roaring ’20s and ditched in the increasingly straightlaced ’30s. And Jovan Adepo plays Sidney Palmer, a black trumpeter in a jazz band playing wild Hollywood parties, who says to Torres as he’s trying to produce an early sound-era musical, “I think you’ve got the camera turned in the wrong direction.” He becomes a musical star, until intensified racist practices make the industry unbearable to him.

Jean Smart is a welcome presence playing gossip columnist Elinor St. John, who’s clearly based on novelist and lurid entertainment flack Elinor Glyn. She’s one of the “cockroaches” who can scuttle back into the shadows, as she puts it, and survive the cultural upheaval and industry changes that drag down star talent. Smart actually evokes the style and speech patterns of the 1920s, unlike the majority of actors in the film (though Brad Pitt once again shows he can convey period masculinity pretty well).

It’s not the actors’ fault — presumably, Chazelle arranged it so that almost everyone else would look and act like contemporary people, letting title cards alone announce the year that’s supposedly being represented. Margot Robbie especially has the hair and clothing and behaviors of 2022 in what’s supposed to be the year 1926. Once again, I have no idea what Chazelle is trying to do here — he claims to have read a lot about the era and watched a lot of old films and looked at a lot of old photos, so presumably this is all part of his messy design.

According to David Sims, who was trying to decide if Chazelle had created a masterpiece or not, this is what the film is doing:

The [elephant shitting on camera up through the orgiastic party] scene, filled with wondrous and horrifying sights, massively overstays its welcome. And that sets the tone perfectly for Chazelle’s ensuing poison-pen letter to Hollywood’s silent era, a three-hour-plus extravaganza of debauchery, general misery, and overflowing movie magic that sets the industry aflame and invites the audience to dance around the bonfire. It’s a daring thing for a major studio to put out these days, when big budgets tend to be lavished on superheroes, and Babylon’s caustic indulgence will likely put many theatergoers off. But Chazelle is trying to make a point with all the excess: that the joy of cinema has always gone hand in hand with exploitation, abuse, and off-screen villainy.

But to make a point as simple and obvious as that, you don’t need to blow vast amounts of money and waste everybody’s time and make such a mess on the carpet. Tweet it, for God’s sake, or drunk text it to your most tolerant friends.

In the end, it becomes clearer that Chazelle is actually trying to create a tribute to the greatness of cinema, even if in his view, cinema is growing like a showy flower out of an enormous dunghill. He creates what is probably the ugliest, least rhythmic, most emotionally numbed-out montage in film history, a hodgepodge of clips from highly praised movies, edited together with no discernible rhyme or reason. Then he devolves to shots of swirling light and color, to represent the essence of film, I guess. It’s seriously embarrassing film school stuff that’s intended to pass as avant-garde cinema profundity.

This film is so unforgiveable, I really hope Damien Chazelle has peaked in his Hollywood rise and falls abruptly down a career rathole, never to make another movie. After Babylon, that would be rough justice.