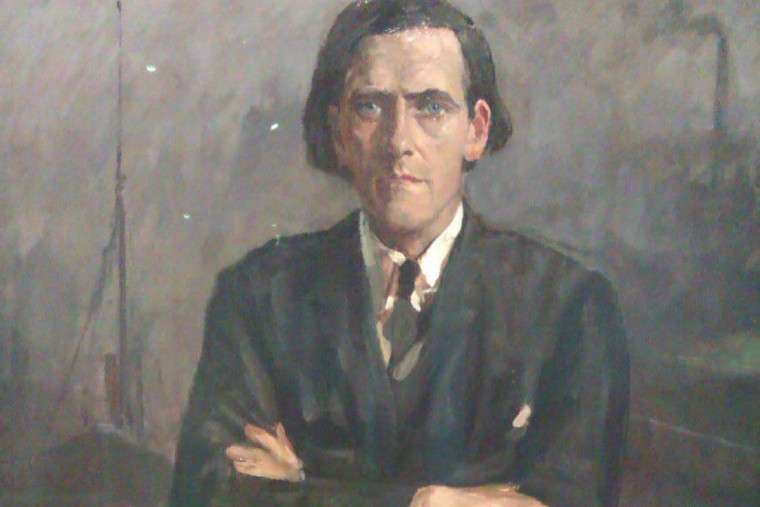 It’s regarded as terribly rude to tell the truth in the House of Commons. The pretence has to be maintained that the likes of Matt Hancock, Suella Braverman, and Dominic Raab are Right Honourable Members.

It is the only place where the liar’s liar Boris Johnson cannot be called a liar. This has not always been the case.

On 27 June 1923, James Maxton, a member of the Independent Labour Party that was affiliated to the Labour Party, stood up in the Commons and denounced the poverty in Glasgow.

To save money, the Tories in Scotland had withdrawn milk and food provision for mothers and decided “not to approve any longer the provision of hospital accommodation for children suffering from whooping cough and measles”.

He went on, “in the interests of economy they condemned hundreds of children to death, and I call it murder. I call the men who initiated this policy murderers.”

There was uproar and the Speaker told Maxton to withdraw the word “murderers”, but Maxton refused, insisting he was merely stating the truth.

What sort of people were “more perturbed over a breach of etiquette than they are over the destruction of child life?” he asked.

Maxton, together with three other Clydeside MPs who repeated his accusation were all suspended. Ramsay Macdonald and the Labour leadership abstained on the vote. Macdonald was outraged by Maxton’s conduct. He was desperately trying to convince the British ruling class that Labour could be trusted to govern in their interests.

Maxton refused to back down. He and his comrades held meetings and rallies with thousands of people supporting their stand and demanding that they be allowed back into the House.

On 30 July they were turned away by the police, but returned the next day accompanied by a large crowd of supporters.

The four rebel MPs were allowed back into the Commons. They had won. We could do with this sort of defiance now.

A recent poll showed that many ordinary people think that if those in power had taken action over climate change sooner, their lives would have been improved.

Conducted by Business in the Community, it found almost half of adults in Britain thought that food, fuel and energy prices wouldn’t be so high if action had been taken to stop temperatures rising.

The percentage was even higher in those aged 18-24, with over half agreeing climate mitigation would have kept costs down.

Ordinary people are right to be angry. The war in Ukraine and extreme weather events caused by climate change have contributed to disruptions in food supplies and rising prices.

Yet those in charge have offered no solution. They sit on their hands when it comes to the climate and lead us further into their destructive wars.

Instead of doing anything about rising temperatures, the Tories are looking for ways to pollute the planet even more. It’s good the link is being made between the climate and the cost of living crisis. That anger must be directed into creating a stronger and more militant climate movement.

Here in Australia, a survey has found businesses will stop putting in any effort to save the environment if the economy slows. Of course, I’m not surprised at all.

There has been a lot of complacency around the climate in Australia since Anthony Albanese of the Labour Party was elected prime minister.

He has made promises to tackle the crisis and pushed for a new climate bill.

But the bill doesn’t hold the government accountable and ultimately falls short of what we need to reduce emissions.  And the government’s actions go against a plan for a sustainable future. Already ministers have signed off on new gas projects.

Alongside rubbish climate policies, we are starting to experience a cost of living crisis here.

The cost of food is rising, and wages aren’t going up to match it. When profits go down, the first thing businesses will cut down on are climate‑related projects.

The best way to create a more sustainable future is to organise in our workplaces, schools and on the streets.

Who controls my meter?

I can confirm the scandal that you reported (Socialist Worker, 6 December) about people on pre-payment meters missing out because of the way fuel payment support is administered.

I am on a Utilita Smart Meter and was paid £66 twice directly into the meter. Then Utilita sent me a text to say they were taking back £66. They left me with virtually no money in the meter.

In any case these developments show how the company and the DWP can move money in an out of my account.

I was going to transfer more money to keep my meter topped up, but if they can access it and “steal” it at will, I’ll not be doing that.

Let this be the year of strike victories. It has been inspiring to be part of a resurgence of workers’ action. Now we need to see a series of thumping wins.

I hope Jeremy Corbyn will make it clear that he is going to stand against Labour at the next general election.

And I also hope that he will declare candidates in dozens of other constituencies.

Let’s have a clear statement of intent and start the campaigning now when there is so much going on.

I want a general election in 2023. It’s hard to see any real change until there is a new government in Westminster.

I don’t expect a lot from Keir Starmer, but if he is forced to make some concessions it would take us forward.

My new year’s wish is that the obvious support for Scottish independence is turned into an effective campaign for a referendum.

I’ve had enough of an out-of-touch government.

I would like to see Socialist Worker lighten up a bit in 2023.

Can we please have more humour, more satire, more laughing at the other side rather than just telling us how awful they are.

HRT shortage is an outrage

Women in need are having to go without the treatments they need for menopause symptoms. Yet again there are shortage of crucial HRT medications. It highlights how health, especially women’s health, is treated.

The wealthy can pay to get supplies, but that’s not open to most women.