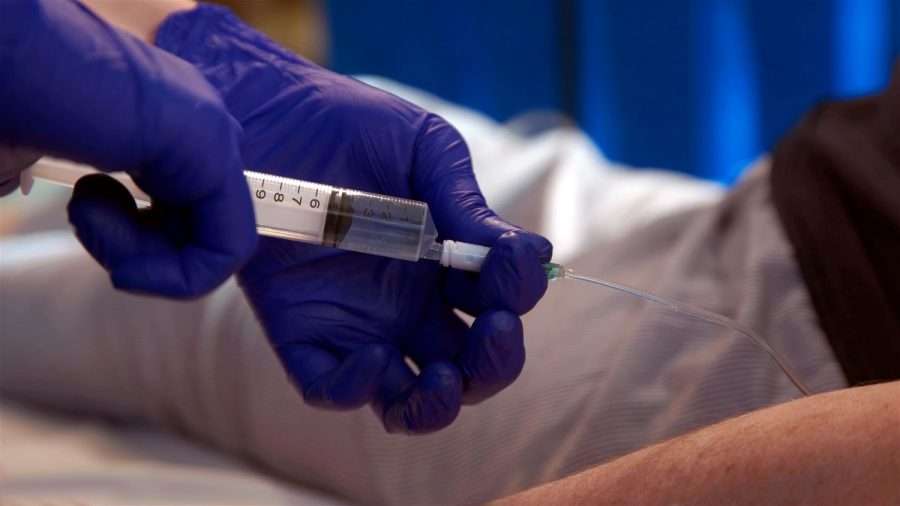 Canada’s Medical Assistance in Dying program seemed like a step forward for choice and dignity. But it is beginning to look like a dystopian end run around the cost of providing social welfare that can beat back the deprivations that make life unbearable.

Close-up of the hands of a nurse injecting a medicine for euthanasia into an elderly man on a hospital bed. (Aranga87 / Getty Images)

I always thought legalizing euthanasia was a no-brainer.

It seemed to me like an individual choice people ought to have, akin to legalizing abortion or same-sex marriage. If someone is in such pain that they decide to end their life, I thought, who are we as a society to tell them that they can’t?

There’s also a harm reduction component. If someone is dead set on ending their lives, shouldn’t we give them a relatively safe, effective option under medical supervision? It would be cruel not to.

This was the rationale behind the 2015 Supreme Court of Canada decision in Carter v. Canada, which determined that prohibition of medical assistance in dying (MAiD) was unconstitutional.

But the legalization of MAiD has brought to the fore some disturbing moral calculations, particularly with its expansion in 2019 to include individuals whose deaths aren’t “reasonably foreseeable.” This change opened the floodgates for people with disabilities to apply to die rather than survive on meager benefits.

I’ve come to realize that euthanasia in Canada represents the cynical endgame of social provisioning within the brutal logic of late-stage capitalism — we’ll starve you of the funding you need to live a dignified life, demand you pay back pandemic aid you applied for in good faith, and if you don’t like it, well, why don’t you just kill yourself?

The problem with my previous perspective was that it held individual choices as sacrosanct. But people don’t make individual decisions in a vacuum. They’re the product of social circumstances, which are often out of their control.

“It’s Better Than Blowing Your Brains Out”

Tim Stainton, director of the Canadian Institute for Inclusion and Citizenship at the University of British Columbia, told the Associated Press that Canada’s MAiD policy is “probably the biggest existential threat to disabled people since the Nazis’ program in Germany in the 1930s.”

This sounds hyperbolic, but there are endless examples of people with disabilities who were offered euthanasia as an alternative to living a life of pain and exclusion. And with the impending expansion of MAiD to include people with mental illnesses, the problem is only going to get worse.

At least four veterans suffering from post-traumatic stress have been offered MAiD, including one instance where a caseworker told a veteran that MAiD is a preferable alternative to “blowing your brains out against the wall.” Mark Meincke, a veteran of the Princess Patricia’s Canadian Light Infantry who on his podcast spoke to the veteran who was offered MAiD, told the House of Commons Standing Committee on Veterans Affairs that the individual in question had never even contemplated suicide. He just wanted help dealing with his PTSD and other ailments.

“He expressed to me that things were sunshine and roses prior to this phone call, he was feeling good about life,” Meincke told the committee.

“Post phone call, he left the country, because he was devastated by that call.”

In another instance, retired corporal Christine Gauthier, who is paraplegic and competed for Canada at the 2016 Rio de Janeiro Paralympics and the Invictus Games, was offered assisted suicide, with Veterans Affairs offering to provide her with the necessary equipment.

Gauthier had been fighting for five years to have Veterans Affairs provide her with a wheelchair ramp. They wouldn’t provide the ramp, but they would give her the means to end her life.

Veterans Affairs minister Lawrence MacAulay casted doubt on Gauthier’s case, insisting that to his knowledge there are just four cases with one individual caseworker — who no longer works for Veterans Affairs — responsible for all of them. But, then again, maybe not.

“I feel that possibly this is all that’s there, but I don’t know,” he said.

An excellent piece from Global News reporters Brennan Leffler and Marianne Dimain, headlined “How poverty, not pain, is driving Canadians with disabilities to consider medically-assisted death,” notes the “excruciating cycle of poverty” that leads disabled people to choose assisted death, rather than live a life filled with barriers to their existence.

“The numbers are grim,” Leffler and Dimain note:

Looking across the country, provincial disability support rates vary from a low of $705 per month in New Brunswick, to a high of $1,685 in Alberta. Try getting by on $1,228 per month in Toronto, or $1,358 in Vancouver, where the average rent on a one-bedroom apartment is about $2,500.

The result is that according to a 2017 report from Statistics Canada, nearly a quarter of disabled people are living in poverty. That’s roughly 1.5 million people, or a city about the population of Montreal.

Joannie Cowie, who has cancer, chronic obstructive pulmonary disease, Guillain-Barre syndrome, epilepsy, and a fractured back, certainly fits the criteria for MAiD. But the meager assistance she receives for herself and her daughter, who is also disabled, has made the pain all the more unbearable.

“People with disabilities have been put on the backburner and nobody gives a damn about them,” she told Global. “I’ve cried a lot at night. I usually stay up a lot of the night. I pray. I pray a lot.”

The case of Alan Nichols demonstrates how uncomfortably permissive Canada’s euthanasia framework is. Nichols, who suffered from depression, was hospitalized in June 2019 over fears he was suicidal. Upon hospitalization he asked his brother Gary to “bust him out” as soon as possible.

A month later, Nichols successfully applied for MAiD, not for depression, which is not yet legal, but for hearing loss, which occurred as a result of brain surgery when he was twelve.

His family, who filed a police report and notified health authorities, said that there was no way that he was eligible for MAiD, arguing that he had refused to take his meds and use his cochlear implants, which would have helped his hearing.

Sean Tagert, who suffered from Lou Gehrig’s disease, chose to end his life in August 2019 at the age of forty-one, leaving behind an eleven-year-old son. While his condition required him to receive twenty-four-hour care, the government would only provide funding for sixteen hours, forcing him to pay $263.50 a day for the remaining eight hours.

He called the option of institutionalization, as opposed to fully funded care, a “death sentence.”

Roger Foley, who was hospitalized with a degenerative brain disorder in London, Ontario, began surreptitiously recording his conversations with hospital workers who offered him euthanasia unprompted.

In one recording, the hospital’s director of ethics told him continuing care would cost “north of $1,500 a day,” the Associated Press reported, which he correctly regarded as coercive.

I could go on and on. There are far more reported instances of this sort of coercion than I have space to relay. And these are just the instances that we know of.

“When people are living in such a situation where they’re structurally placed in poverty, is medical assistance in dying really a choice, or is it coercion? That’s the question we need to ask ourselves,” Dr. Naheed Dosani, a palliative care physician in Toronto, told Global.

Combined with COVID policies that have consigned disabled and immunocompromised people to a life of perpetual self-isolation, a lack of funding for people on disability assistance makes MAiD an increasingly palatable solution to ending their suffering. In this context, the cavalier way in which MAiD has been implemented in Canada serves as a form of eugenics, where only the able-bodied survive.

Many countries which allow MAiD have far more safeguards than Canada in ensuring situations like those above don’t occur, making it extremely puzzling as to why Canada didn’t implement them from the outset.

Chief among them is the requirement in Belgium and the Netherlands that doctors must have exhausted all treatment alternatives before offering MAiD. Both countries also have monthly commissions to review potentially troubling cases.

In the Australian province of Victoria, doctors are prohibited from bringing up MAiD at all, unless a patient inquires about it. In Belgium, doctors are discouraged, although not prohibited, from doing so.

I still believe it’s cruel to refuse MAiD for people on the verge of death, with no prospects for recovery. But it’s even crueler to offer death as an alternative to a properly funded social support system.

We’ve let the MAiD genie out of its bottle. There’s no going back. We must ensure that our health care systems have sufficient resources to guarantee everyone, regardless of ability or mental health, a dignified existence.