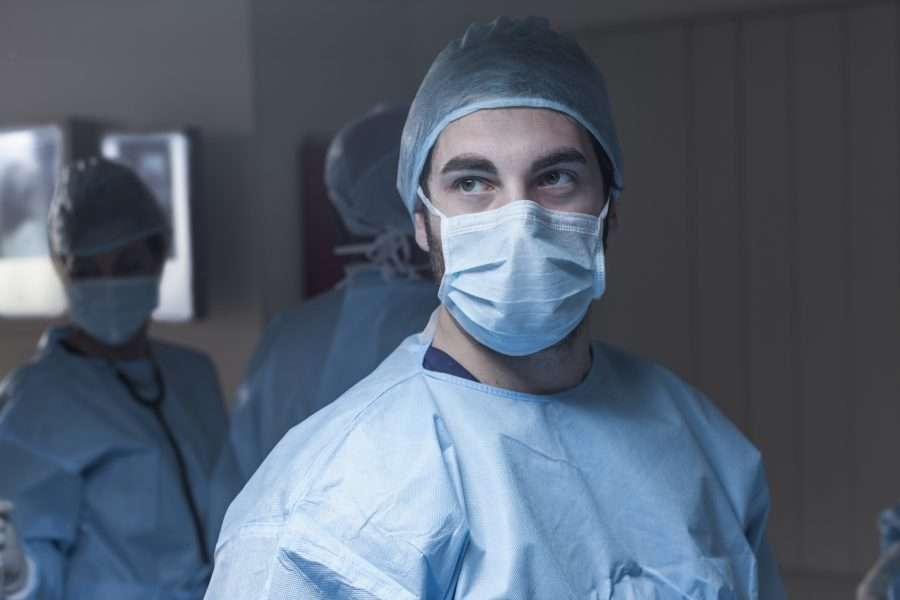 Today, 45,000 junior doctors begin voting on strike action. Facing a 26% real terms pay cut and impossible workloads – they know that only fighting back can save the NHS.

When patients are dying unnecessarily and nurses are quitting a job they once loved to work for the Amazons and Aldis of the private sector, it’s time we tell this government that enough is enough. (Westend61 / Getty Images)

Over 130,000 NHS staff vacancies. 65% of junior doctors actively looking to quit, with 4 in 10 already having plans to do so. Record numbers waiting over 12 hours to be seen in A&E. Hundreds of avoidable deaths every week.

The health service as we know it has arguably already collapsed. Anti-trade union legalisation is being quickly drawn up by rattled ministers in a desperate attempt to stifle our movement. This may be our final chance to turn the tide on this increasingly authoritarian government. But our workforce isn’t going down without a fight.

Today marks the first day of balloting junior doctors for industrial action. Our demands are simple and modest: we are asking the government to reverse the pay cuts our profession has endured over the last decade and a half. We are not asking for a rise—just for pay to be restored to 2008 levels.

This demand should not be controversial. Are we worth over a quarter less than we were back then? Is our work protecting the public during the pandemic, subjecting ourselves and our loved ones to a highly contagious and unknown virus with inadequate protective equipment, worth nothing more than empty claps and falling pay? With the government continuing to ignore our requests for talks—and lying about their door being ‘open’ in Parliament—we are left with no choice but to withdraw our labour.

How did we get here? Junior doctor pay has plummeted over 26% in the last 14 years in real terms. It’s quickly slipping much further due to the tumultuous economic mishandling of recent months. You may have seen in July last year that the NHS got a 4% ‘pay rise’, but what few knew was that this excluded junior doctors, who were limited to a mere 2%. A 2% increase when the inflation rate for RPI is over 14% means well over a 10th of our salary is being cut—again. And after several years of studying, amassing around £100,000 in debt to be rewarded with a pay of £14 an hour, there isn’t much to be cut in the first place.

So here we are, with an NHS on its knees, in the heart of a retention crisis. With 11,000 vacancies for doctors and as many as 46,000 for nurses (and counting), we’re poaching medics from developing countries in an attempt to plug the gap, with last year the first when the majority of new doctors came from overseas. Understaffing means we’re working under growing pressure in often unsafe conditions with improper equipment. Those in power exploit our goodwill and our desire to ensure our patients are kept safe, but burnout is at an all-time high, and patient safety at an all-time low.

A&E waiting times, in particular, have never been so dire. Tens of thousands of patients are waiting over 12 hours to be seen, people with heart attacks and strokes are being told they have to wait up to a day for an ambulance to get to them, paramedics are queuing outside hospitals for over an hour, patients are missing the time-critical window where treatment might have been effective. The result is as many as 500 avoidable and unnecessary deaths every week.

This is all a political choice. It’s the product of years of underfunding and underinvestment in the health service and its workforce. We spend a significantly lower proportion of our GDP on healthcare compared to countries like France, Germany, or the US. We have far fewer hospital beds, scanners, nurses, and doctors per patient, and the workforce is leaving in droves. How many of our parliamentary legislators would be happy for their loved ones to be treated in the NHS in its current state?

Patient safety is likely to be weaponised against any strike by junior doctors, as it was back during the 2016 strikes, as well as during the recent nursing and ambulance strikes. It will be used to shame doctors into going back to work, and to silence our demands. But it’s important to note that similar industrial action carried out by doctors in Korea, New Zealand, and indeed in the UK back in 2016 showed no significant change in patient mortality and morbidity. And with the aforementioned avoidable deaths occurring every week due to lack of staffing, is it not morally reprehensible to allow things to continue as they are?

When patients are dying unnecessarily and nurses are quitting a job they once loved to work for the Amazons and Aldis of the private sector, it’s time we tell this government, loud and clear, that enough is enough.

This shambolic state of affairs reflects our government’s priorities. It shows the contempt they have for supposedly ‘essential’ workers, as well as for all those who depend on them. Instead of borrowing billions to supplement the record profits of energy producers, cutting the cap on bankers’ bonuses, wasting money on the failed test and trace system, running shady ‘VIP lane’ contracts, and losing billions to furlough fraud—which will be paid by generations to come—they could save this sinking ship. They could choose to view healthcare as an investment, rather than another cost to subject to yet another wave of austerity.

But in all this darkness, there is a movement growing which represents a point of light. Unions are coming together, and people are congregating in their tens of thousands and on picket lines up and down the country, to make a stand against continuing cuts to pay across the board, and against this multi-pronged crisis—the extortionate price of rent, of a house, of energy, water, transport, food, of all the things we need to just get by.

What unites us all in this is the impact austerity has had over the last decade, evident in the driving down of wages, our defunded hospitals, schools, and public services, the ever-expanding wealth of the few, and the entrenched inequality across our society. We are all up against a government that has openly boasted about whose interests it’s acting in—a government that was intent on slashing corporation tax and giving the top 1% of earners a tax break, and only managed, after tanking the economy and haemorrhaging Tory support, to ‘get it‘.

If this saga of ministers refusing to even speak with us has shown anything, it’s that they do not ‘get it’. But they will. They’ll get that it’s us who are the backbone of this country. We drive your ambulances, we sweep your roads, we stock your shelves, we nurse you back to good health. We’re the source of any prosperity, any trade, any security.

We cannot submit to the billionaire-owned media and politicians driving the narrative that we’re ‘greedy’ or ‘militant’, a narrative pushed by those who want nothing but to divide and conquer. It is time to organise, and we cannot do it alone. I implore colleagues to come together—from hospital workers like nurses, midwives, physios, OTs, pharmacists, porters, and domestics, to our posties, firefighters, railway workers, bus drivers, teachers, university lecturers, dockworkers, and everyone in-between.

This is about more than pay. This is about justice. It’s about our patients, our school children, our students, our families, and those who cannot fight for themselves. It’s about a happier, healthier, and fairer society. We have the same goals and the same challenges—and if we come together, we will overcome them, and we will beat this.

Vote to strike, and strike to win.