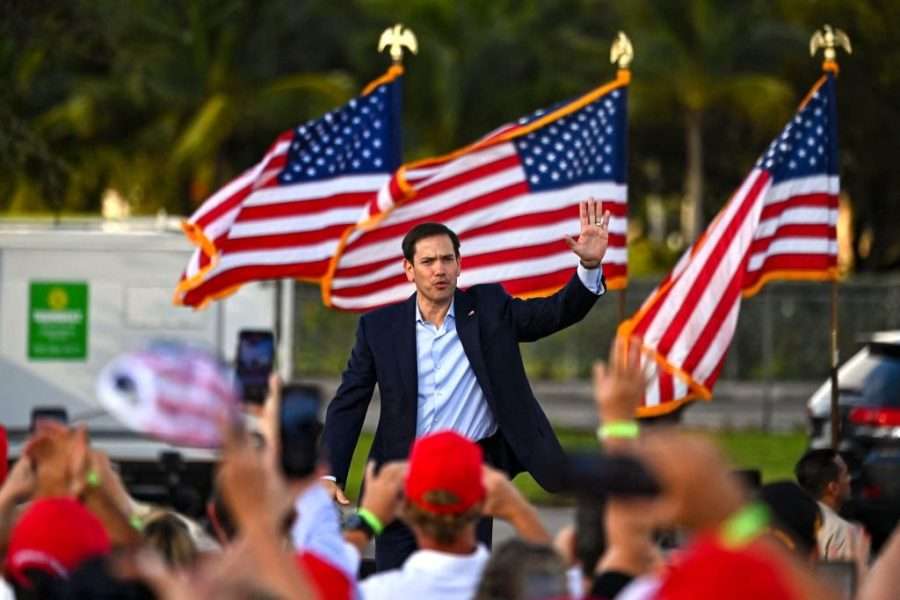 The bare minimum requirement of being a party of workers is to actually support measures that would improve those workers’ lives. By that metric, the GOP has failed over and over again.

One of the defining struggles in American politics is to make the US political system, dominated by only two parties that are both corrupted by corporate money, actually responsive to working-class needs. How’s that effort going when it comes to the Republican Party, which since the 2020 election has been trying to rebrand itself as a “working-class party?”

As the relatively recent vote on providing railworkers seven days worth of sick leave shows, not very well.

A bit of recent history: as the 2020 election saw the hastening of class dealignment — with Donald Trump’s candidacy leading a surprising number and diversity of working-class Americans to vote for a billionaire whose main accomplishment was giving himself and his wealthy friends a generous handout — Republicans have taken this branding and run with it. The “populist” senator Josh Hawley (R-MO) tweeted that “we are a working class party now” after the election, while Sen. Marco Rubio (R-FL), who’s similarly reinventing himself as a pro-worker populist, declared the GOP’s future to be “a multiethnic, multiracial, working-class coalition.” The GOP’s official account recently tweeted that “60 percent of workers report living paycheck-to-paycheck.”

Well, Republican members of Congress had the chance to put their money where their mouths are last month when, in response to the Biden administration’s push to preempt a possible railworkers’ strike, progressives put forward an amendment giving workers seven days worth of paid sick leave. While the move to impose a deal on railworkers and smother their strike before it could even get going was an outrageous abuse of government power, the amendment would have at least fulfilled one of their central demands while giving them a basic standard of dignity that workers in other wealthy countries enjoy.

Instead, all but three Republicans voted against the measure in the House, and all but six voted it down in the Senate, ensuring the workers would be crushed without the minimal balm of some sick leave.

The Democratic Party wasn’t exactly covered in glory here, either. It was, after all, stepping into a labor battle on the side of bosses, and the decoupling of the sick leave amendment from the vote on the settlement raises questions about the sincerity of the vote from Democrats, who could safely posture as pro-worker knowing Senate Republicans would torpedo the policy.

But that makes the GOP refusal to so much as just be seen as backing sick days for workers look even worse.

It’s far from the first time the GOP has spurned a chance to give some substance to its pro-worker rebranding. Back in August, Republicans had an opportunity to vote to cap the extortionate price of insulin for Americans on private insurance to $35, a potentially transformative policy at a time when four out of five Americans are going into debt to pay for the medicine. This time, all but seven GOP senators voted to keep the life-saving drug inordinately expensive.

That was only arguably the most outrageous of many similar votes the GOP’s registered since the 2020 election. When Sen. Bernie Sanders (I-VT) put forward an amendment to raise the federal minimum wage to $15 an hour all the way back in March 2021 — a nearly decade-old demand that inflation has now rendered far less substantial — not a single Senate Republican voted for it. That included Hawley, who did at least vote for the insulin cap and paid leave for railworkers. He wouldn’t back the measure unless it left out small businesses — in other words, unless it guaranteed that half of US workers wouldn’t be covered by the wage floor.

Three months later, the Paycheck Fairness Act was up for a vote, which would have required employers to prove that any pay gap was due to a worker’s job performance instead of their gender. It inarguably would’ve been a boon for those workers living paycheck to paycheck, since women make up 47 percent of all employed workers, and they’re paid on average eighty cents for every dollar men get. And it would’ve been a boon for all workers, since it barred bosses from punishing workers for sharing their salaries and from inquiring into their wage histories. Once again, not a single Republican could bring themselves to vote for it.

We could go on. A bill to provide health care and benefits for the millions of US veterans opposed to toxic chemicals in wars they were sent to fight? Blocked by forty-one Senate Republicans, including the “populists” Hawley and Ted Cruz. Legislation funding COVID relief aid, to make tests, therapeutics, and vaccines more easily available to working Americans? Blocked over and over and over again by Senate Republicans more concerned about government spending than working people’s health.

This isn’t limited to the US Congress. It was six GOP attorneys general who filed one of the suits  trying to block Biden’s student loan forgiveness plan, which would have had a major positive impact on working-class households. Student debt is the largest source of non-mortgage debt for US families, and those with lower incomes are more likely to have it (even if they hold a lower share of it overall), as well as more likely to be negatively affected by it. Similarly, after red states like Florida and Missouri voted for ballot measures raising the minimum wage to $15 and expanding Medicaid to those earning less than $18,000 a year, Republican lawmakers in those states jumped into action to undermine those winning initiatives — that is, they worked to simply veto the will of their own voters and keep at least some of them struggling to survive “paycheck to paycheck.”

A particularly disgraceful example of this happened just last month. After using the bogeyman of excessive government spending to oppose just about all of these measures, congressional Republicans turned around and voted through a gargantuan $858 billion military budget, $45 billion more than Biden had asked for, with 176 Republicans in the House and all but eleven Senate Republicans voting for it (six simply didn’t vote). They then turned around and refused to even consider reviving the expanded Child Tax Credit, which had cut child poverty by nearly a third and whose expiration led it to rocket back up to its pre-2021 rate. Rep. Kevin Brady (R-TX), the highest-ranking Republican on the committee overseeing taxes, charged that there was neither “the time or the money” for such “expensive provisions,” while Sen. Mike Crapo (R-ID), the Senate tax committee’s top Republican, admitted there was “no support for that on the Republican side.”

This isn’t even to mention the lockstep GOP opposition to the now-dead Build Back Better bill, whose proposed expansion of the US safety net was largely the brainchild of Senator Sanders. Its various provisions — universal pre-K and subsidized child care, paid family leave, a small but significant expansion of Medicare, and giving the program the ability to negotiate for lower drug prices — would have improved the lives of working-class families, particularly at a time of rising living costs. But Senate Republicans to a man sided with the corporate forces arrayed against it due to its modest tax hike on the rich, dooming the legislation. In fact, after Democrats successfully passed a drastically scaled-down version of the Medicare drug price negotiation measure, Senate Republicans — with Rubio among them — introduced a bill expressly to repeal it.

None of this should reflect particularly well on Democrats. At Jacobin we have frequently pointed out the party’s corruption by moneyed interests, the way it is often indifferent or outright hostile to working-class interests, and when it does fight for the latter, it’s often weak-kneed, halting, and not particularly committed.

But the fact that GOP is demonstrably worse makes a particular mockery of its self-appointed label as a supposed “working-class party.” Having a socially regressive Republican Party that’s somewhat economically progressive would at least be a mild improvement on the status quo. But it’s impossible to say with a straight face that the GOP right now is anything other than the worker-bashing party of oligarchs and bosses it’s long been.